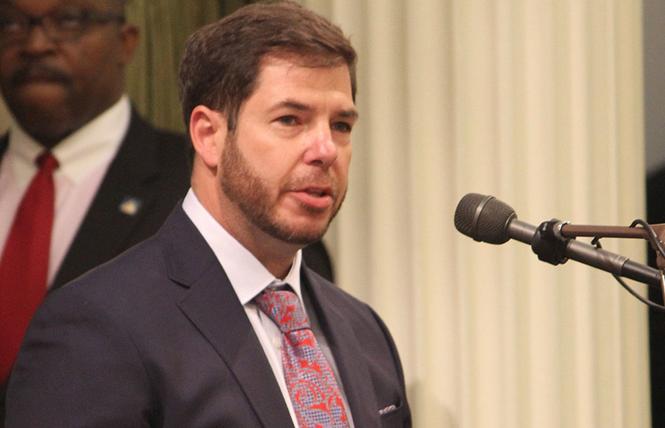 California lawmakers have adopted three more bills related to LGBTQ issues as they race to finish their work by the September 10 deadline to pass legislation this year and send it to Governor Gavin Newsom to either sign into law or veto.

Assembly Bill 1094, authored by Assemblyman Dr. Joaquin Arambula (D-Fresno), enhances the collection of public health data about violent deaths, including homicide and suicide, so that it includes stats related to the LGBTQ+ community. The state Senate approved it 39-0 September 1, and the Assembly passed the amended version of the bill the next day on a 71-0 vote with eight members not voting.

AB 465 by Assemblyman Adrin Nazarian (D-Van Nuys) requires that professional fiduciaries receive LGBTQ+ cultural competency and sensitivity training during their education and licensing process. Private professional fiduciaries provide critical services to older adults and people with disabilities, from managing their clients' daily care, housing, and medical needs to ensuring their bills are paid and managing their investments. It passed out of the Assembly on a 72-0 vote September 1 after the Senate approved an amended version 31-1 on August 30.

As of the Bay Area Reporter's deadline Wednesday, September 8, none of the trio of bills had yet to be officially sent to Newsom's desk for his signature. A bill prohibiting public universities from deadnaming trans and nonbinary students — that is using their former names they were given based on the gender they were assigned at birth — on their diplomas and academic records, AB 245, is now before Newsom.

It was sent to the governor's desk September 2, kicking off the 12-day deadline for him to sign it. Assemblyman David Chiu (D-San Francisco) revived AB 245 this year after shelving the legislation in 2020 due to the COVID-19 pandemic paring down the Legislature's workload.

Additional bills concerning LGBTQ issues should be adopted by state legislators in the coming days and sent to Newsom's desk. It remains to be seen how the September 14 recall effort against Newsom will impact those bills he has yet to sign.