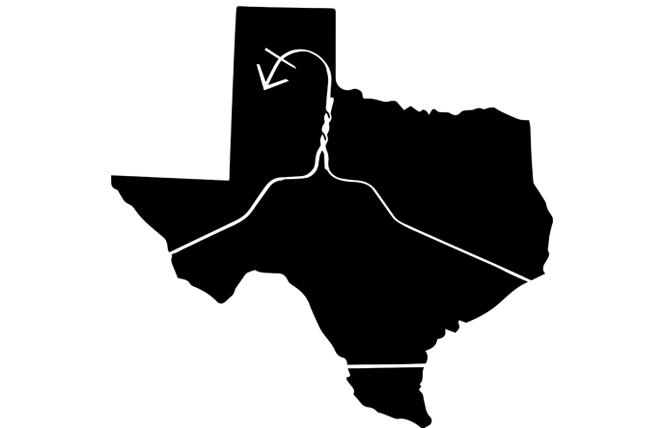 The United States Supreme Court opted to let Texas Senate Bill 8 go into effect. The bill, signed into law by Governor Greg Abbott (R) in May, has the strongest limitations on abortions in the country. By not acting, the conservative majority court effectively killed Roe v. Wade — the decision that legalized abortion in the United States — in the Lone Star State

For those who have somehow missed it, SB 8 is an especially draconian piece of legislation. It bans all abortions after six weeks, a time when a fetus is roughly the size of a pomegranate seed and long before many women even know they are pregnant.

The bill is based on the erroneous belief that a heartbeat can be detected at six weeks, claiming this is somehow the moment when one can claim there is a viable baby to be protected. Never mind that there isn't really a heart present yet, nor can you call the collection of cells present at the time an actual baby. You can't even call it a fetus at six weeks, really. It's still too early for that.

Yet it isn't too early to prioritize it over the life of a currently living, breathing human.

What's more, the law also rewards vigilantism when it comes to abortion: any citizen — regardless if they are a party to the procedure or not — may file a lawsuit against anyone who aids a woman in getting an abortion. This can range from the doctor who performed the procedure all the way down to the potentially unwitting driver who gave a patient a ride to the clinic.

A victory in one such suit would net the person who filed it a minimum of $10,000.

The fight over this bill is far from over: The Supreme Court claims it has not acted thus far on procedural grounds, and many lawsuits against SB 8 are ongoing or soon to be filed. What's more, at least three other states are champing at the bit to pass their own version of SB 8, seeing it as a viable candidate to effectively end abortion rights in the United States.

You may, at this point, be asking yourself why a trans columnist is giving you so much information about an abortion law.

As much as I may wish it wasn't the case, I cannot give birth, so the issue of abortion doesn't exactly loom that highly in my life. Nevertheless, the vile truth that is SB 8 is on my mind right now.

For one, I do not think it's a coincidence that the notion of placing a bounty on the people — no matter how tangentially — assisting a woman with such a procedure sounds a lot like language in many of the anti-trans laws pushed over the last couple of years. In many of those, a bounty was also proposed for those who would treat transgender people, specifically younger trans people.

I do not know which cash payment scheme came first, but I suspect they both developed together in some right-wing and/or fundamentalist think tank.

Now that the law is in effect, even with the legal challenges to come, I expect providing financial incentive to those who go after people who provide care to transgender people will rear its ugly head once again as well. I'm sure if they can swing similar bounties against others, they will.

Indeed, I cannot help but assume that anti-abortion crusaders from the right, emboldened by SB 8's hopefully short-lived victory, are going to push hard on additional parts of their agenda. If they can strip away Roe, there's little to stop them from aiming to erode Supreme Court decisions in Bostock, Obergefell, or even Loving v. Virginia if they were so inclined. (Bostock v. Clayton County, in June 2020, determined that "on the basis of sex" does cover sexual orientation and gender identity. Obergefell v. Hodges, in 2015, legalized same-sex marriage nationwide, and Loving V. Virginia, 1967, struck down state anti-miscegenation statutes.)

There's a second reason why I, as a trans woman, am concerned about SB 8. You see I feel that the fight for abortion rights and transgender rights are inexorably linked.

To ban abortion is to say that a woman has no say over her body. The entire population of the state of Texas is now essentially incentivized to make it as hard as possible for a woman who wishes to terminate a pregnancy, even if she was raped and even if the pregnancy isn't viable and could kill her. Even before she would likely be fully aware she is pregnant, her ability to have any say in the future of her life has been stripped away, leaving her as nothing more than a vessel for a potentially-viable embryo.

Body autonomy — or, in this case, the lack of — is exactly what anti-trans campaigners want as well. They do not want transgender people to have the right to determine what they choose to do with their bodies. They don't want us to be able to change our genders, either legally or physically.

I feel this is even truer where our communities cross. I may not be able to carry a child, but many trans-masculine and nonbinary people can. They, too, exist under the shadow of SB 8 and face a fight over body autonomy from two sides.

There is, of course, one more reason why I, a trans woman who will never experience pregnancy, care about the diabolical effect of SB 8: it is a wrong-headed law that will hurt people for nothing more than a Pyrrhic victory. Abortion will not stop, only legal abortion will — and women will be left with far fewer rights, including rights over their own flesh.

Honestly, I don't need more than that. Nor should anyone else.

Gwen Smith urges you to vote no on the California recall. You will find her at www.gwensmith.com