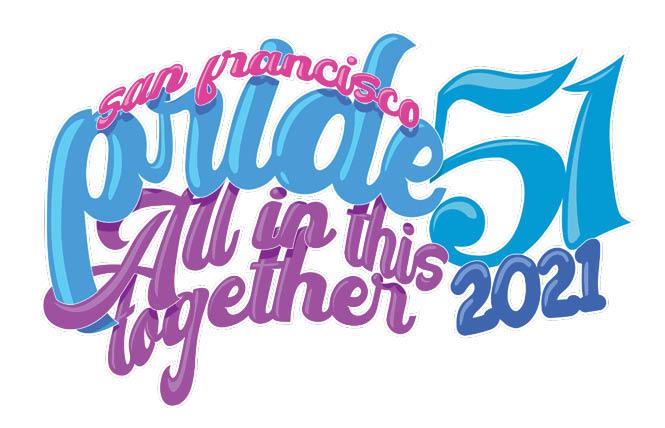 San Francisco Pride has announced that its inaugural LGBTQ Freedom Day Festival has been postponed to 2022. Photo: Courtesy SF Pride

San Francisco Pride announced September 3 that its inaugural LGBTQ Freedom Day Festival — which had been scheduled to take place October 10 to coincide with National Coming Out Day the following day — has been postponed until next year.

The organization is also gearing up for board elections.

The street festival had been announced in August to take place in the Mission neighborhood. But in its newsletter sent Friday to supporters, SF Pride stated that it could not ensure the "safety and health" of would-be participants.

"As we work on our plans for this event, we've determined that to produce a street fair with the safety and health of our communities at top priority, at the quality expected of SF Pride, is just not feasible this fall," the statement reads. "We are not canceling — we're merely postponing."

The decision comes just days after Oakland Pride announced the cancelation of its September 12 in-person parade and festival, citing COVID-19 concerns. As the Bay Area Reporter later reported, however, that organization had been facing financial and leadership challenges in recent months.

Silicon Valley Pride seemingly went off without a hitch last weekend in downtown San Jose, having been canceled last year due to the health crisis. But as the B.A.R. reported last month, some attendees of the Folsom Street Market event held July 25 in San Francisco reported testing positive for COVID in the days afterward.

Folsom Street Events, the producer of the fetish-themed event, is planning to hold its Megahood 2021 street party September 26. The pandemic-era version of its internationally popular Folsom Street Fair will require attendees to wear masks and follow other safety protocols.

The Bearrison Street Fair producers are also moving forward with their inaugural festival scheduled for October 23 taking place on Harrison Street in the city's South of Market neighborhood. They recently announced that Los Angeles-based rapper Big Dipper would headline the daylong outdoor bash.

As for SF Pride, it noted in its statement that it looks "forward to bringing Freedom Day Fest to all of you in October 2022."

"We hope you'll agree that one of the sweetest things about San Francisco Pride — or any Pride, really — is seeing people who've only recently come out gather with their friends for their first time," the statement reads. "We remain as excited as we ever were to capture that spirit of wonder."

The street fair was slated to take place on Valencia Street, a historic center for the queer female community. The statement added that when the street fair occurs in 2022, it will still be in the Mission.

SF Pride did not immediately respond to a request for comment. Pride Executive Director Fred Lopez is assisting with this year's Castro Street Fair, which is set to be held Sunday, October 3, in the heart of San Francisco's LGBTQ Castro district. The in-person event had been canceled last year due to the COVID pandemic.

Lopez, vice president of the fair's board of directors who had been its executive director, touted the neighborhood party during the September 2 meeting of the Castro Merchants Association, saying that "a small but mighty group of volunteers" are doing their best to help make it happen.

The footprint will be similar to past fairs, covering the area between 16th and Market streets on the north end, to 19th and Castro streets on the south end, and covering 18th Street between Castro and Noe streets.

However, "we are not doing a number of stages like in the past, taking cue from what the folks over at Folsom Street [Events] are doing," noted Lopez. "We are also doing dance and music areas."

There will also be fewer alcohol beverage booths this year (only two), owing to the fact that many Castro neighborhood businesses have outdoor parklets.

There is a hiccup, however, in that the Castro fair has "no sponsors at the moment," Lopez said.

"We're open to low-level sponsorships from merchants such as yourselves," Lopez said.

Lopez said that if people want their logos on fair materials, they should email Castro Street Fair board President Jenn Meyer at jenn@localtakesf.com

SF Pride Board vote
Eligible SF Pride members can vote in the board of directors elections that take place September 11-14 online. The organization's annual meeting will take place online September 11, from noon to 4 p.m. Board candidates typically make a few remarks at that meeting.

According to SF Pride's newsletter, there are nine candidates running for 10 open seats. However, in order to win, a candidate must secure 50%-plus 1 of the vote, the organization noted.

For more information on voting and the candidates, click here.