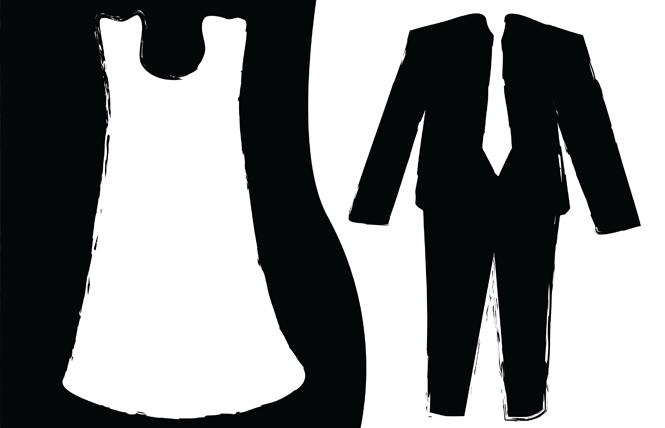 Now, in 2021, I can hardly claim that the text of a random tweet is remotely newsworthy, not after the years of former President Donald J. Trump using the service as his bully pulpit, and so many more taking to the service to share their worst takes.

Yet it does become relevant when one notes that these are the words of Ray Blanchard, Ph.D., who in the 1980s joined the Clarke Institute of Psychiatry. Opened in 1966, it later became known as the Centre for Addiction and Mental Health. It was one of the few places to provide care for transgender people in Canada. Many, however, cited the institute as a gatekeeping organization, more dedicated to turning away transgender people — if not attempting reparative therapy on them — than actually helping people.

According to the Toronto Star, between 1969 and 1984, the Clarke Institute turned away 90% of those seeking trans-related care.

In 2015, after an investigation by CAMH, the GIC was shuttered, with CAMH's review citing reparative therapies, poor treatment of trans and other youth, outdated methods, and other issues with the program. This has not, however, stopped Blanchard from touting his own suppositions about transgender people.

As shown in the above tweet, Blanchard still clings to a model he formed decades ago, claiming there are two subgroups of trans people: "homosexual transsexuals" who are gay men who have a fetishistic attraction to straight men, which they can only express by transitioning to women, and "autogynephilic transsexuals" who are people who have a fetish for feminizing themselves.

To him, being trans is some sort of paraphilia (defined as a condition characterized by abnormal sexual desires), and has little or nothing to do with identity. These views, of course, go against how the majority of people understand transgender people — including transgender people ourselves. Autogynephilia, for example, has largely been discredited.

Yet, apparently to Blanchard, anyone who falls outside of these categories he made up is lying.

You'll note that Blanchard's tweet is steeped in that attitude, reiterating his two categories, as well as the assumption that transgender people are wholly driven by sexual attraction, whether it is the creation of one's self as an image of their sexual desire, or fashioning one's appearance after what they think men would wish for a sexual partner.

There is little room for anything beyond this, besides an afterthought that there are, apparently, "exceptions."

Now it is worth noting that, even though he is a largely discredited figure after the closure of the GIC, this has neither stopped him from espousing his beliefs nor has it halted his influence in anti-trans circles. His is the sort of stuff that helps drive notions of trans predators, and is cited in attempts to pathologize and outlaw transgender people.

Back in my early days on the internet, I would often have to fend off males who would ask me what I was wearing. This is a pretty common experience for any woman online and perhaps even more so in trans spaces, fueled by men who may have a fetish for trans bodies.

For once, I am actually going to answer that question.

Right now, I am wearing a long-sleeved, plus fabric T-shirt, in red, and a pair of denim jeans. I've got on a nice pair of black socks from a retailer in Portland. These are loose and slouchy, but warm. It's a bit windy at the moment. Yes, there's a cotton cami and some panties under all that, too, but these are far from the Victoria's Secret fare I would suspect Blanchard would have been hoping for.

It's not a very sexy outfit. It's warm. It's comfortable. Also, yes, it is this woman's clothing. I'm not wearing it to attract a mate, nor am I wearing it because I consider this seriously basic outfit anything that excites me, either. They're just ... clothes.

There are a couple other things I think about when I look at Blanchard's tweet, beyond the influence that this disgraced sexologist has.

For one, he is implying that the desire to wear clothing that is attractive to people you might be attracted to, or wearing clothing that you feel makes you look attractive, are deviant desires. I'm not talking for transgender people here, but seemingly anyone who has opted to wear an outfit they find attractive to a date.

Secondly, and perhaps more damning, is that the whole thing feels about two steps removed from arguments that a person "deserves" sexual assault for what they are wearing. Indeed, in other tweets from Blanchard, he has made the arguments that transgender people would want to be "slut shamed" as a source of affirmation.

This is not someone whose views on transgender people should be taken anywhere near as seriously as they are. It would seem as if he has crafted some odd notions of what a trans person is, and has opted to cling onto those beliefs for decades, rather than pondering that it truly is possible he's wrong.

That he is given even half the clout is maddening. He should be given the same gravitas as most cranks who spend their days ranting on Twitter.

Gwen Smith will never make the cover of Vogue. You'll find her at www.gwensmith.com