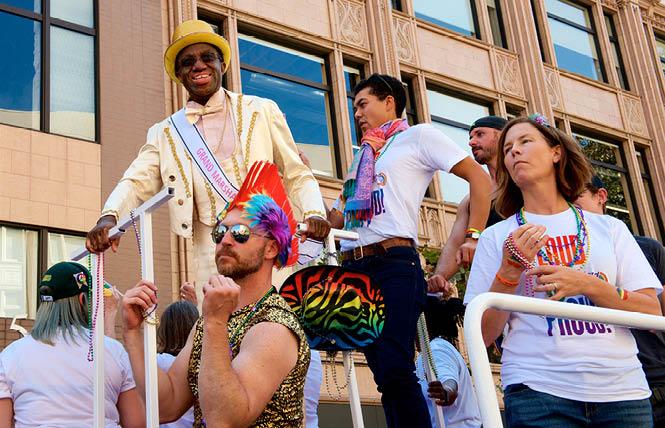 Michael Morgan, a gay man and the longtime music director and conductor of the Oakland Symphony, died August 20 at Kaiser Hospital in Oakland. He was 63.

According to a statement from the symphony, Mr. Morgan had been admitted to the hospital the week before with an infection. He had successful kidney transplant surgery in May at UCSF.

Oakland Symphony officials mourned Mr. Morgan, who had been music director and conductor for 30 years.

"This is a terribly sad moment for everyone in the Oakland Symphony family. We have lost our guiding father," stated Oakland Symphony Executive Director Mieko Hatano. "Michael's plans and ambitions were set for several seasons to come. He made his orchestra socially authentic, demanded equality, and he made his orchestra our orchestra. He fashioned a unique, informed artistic profile that attracted one of the most diverse audiences in the nation. His music reflected his beliefs: reverence for the past, attuned to the future, rooted in his adopted home of Oakland. His spirit will always guide the enduring future of the Oakland Symphony."

Mr. Morgan was a familiar presence in Oakland. He served as grand marshal in the 2017 Oakland Pride parade, where he was greeted with cheers from the crowd.

In a 2013 review in the Bay Area Reporter, critic Jason Victor Serinus wrote, referencing the symphony's former name: "Its home in Oakland's Paramount Theatre may be an easy BART ride from San Francisco, but the Oakland East Bay Symphony nonetheless remains a mystery for many San Francisco music-lovers. That's a shame, because under its gay longtime Music Director Michael Morgan, who has led OEBS for all but one of its 25 years, the orchestra has provided unique programming and community outreach that make it a model of its kind."

Mr. Morgan talked about what the symphony was trying to accomplish.

"We try, in our small concert series, to really reflect what's going on in Oakland and the East Bay," Morgan told the B.A.R. "Hence we end up with concerts that are more diverse and more interesting than other orchestras whose repertoire is interchangeable, one with the other. We play to our community. It's a really interesting one, so you get really interesting concerts."

"My orchestra is a fairly hip place as far as orchestras go," Mr. Morgan had said. "Our staff, board, and audience are all in favor of experimentation. The audience has let us go out on a limb and see what happens."

The Oakland Symphony stated that Mr. Morgan's programming engaged new audiences and many returned for subsequent concerts. Notable personalities like W. Kamau Bell and Dolores Huerta were invited to share the "Playlist" of music that shaped their lives and values. Mr. Morgan's "Notes From..." concerts explored the music and musicians of such specific communities as Vietnam, Korea, Native American and LGBTQ+. "Lost Romantics" gave deserving, neglected works of the late 19th century a new hearing. And "American Masterworks" presented performances of such seminal stage works as "West Side Story," "Candide," "Street Scene," "Porgy and Bess," and "Show Boat."

The Oakland Symphony's board chair, Jim Hasler, stated the organization is "grieving a profound loss."

"Michael's impact on our community and the national orchestra field cannot be overstated — and he has left us too soon," Hasler stated. "We have been blessed over the past 30 years, as Michael built the foundations of an Oakland Symphony dedicated to diversity, education, artistic collaboration, and a celebration of music across genres and cultures. His vision of orchestras as service organizations was a beacon locally and nationally. This vision is his legacy, and the Oakland Symphony, Chorus and Youth Orchestra will renew his commitment for years to come."

Mr. Morgan was born September 17, 1957 in Washington, D.C., where he attended public schools and began conducting at the age of 12. According to the Oakland Symphony, while a student at Oberlin College Conservatory of Music, Mr. Morgan spent a summer at the Berkshire Music Center at Tanglewood, studying with Gunther Schuller and Seiji Ozawa, the Oakland Symphony stated. He first worked with Leonard Bernstein during that same summer.

His operatic debut was in 1982 at the Vienna State Opera, conducting Mozart's "The Abduction" from the Seraglio. In 1986, Sir Georg Solti chose Mr. Morgan to become the assistant conductor of the Chicago Symphony Orchestra, a position he held for seven years under both Solti and Daniel Barenboim. In 1986, he was invited by Bernstein to make his debut with the New York Philharmonic. As guest conductor, Mr. Morgan has appeared with most of America's major orchestras, as well as the New York City Opera, St. Louis Opera Theater, and Washington National Opera.

Mr. Morgan is survived by his mother, Mabel Morgan, and sister, Jacquelyn Morgan. A memorial service will be announced soon.

Maestro Morgan strikes up the band 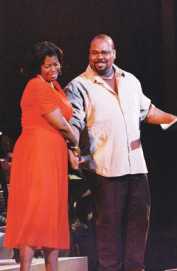