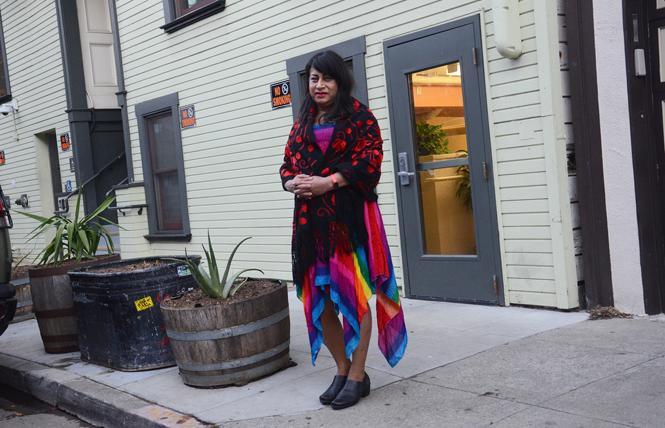 The San Francisco Board of Supervisors budget and finance committee has advanced an ordinance that would reduce the rent of nearly 3,000 residents living in supportive housing units in the city with a recommendation that the full board adopt it.

Introduced by District 6 Supervisor Matt Haney, the ordinance would reduce the tenants' requirement that they pay 50% of their income to 30% of their monthly pay. It would bring rent parity to all tenants in supportive housing, as those in buildings built since 2016 in the city are paying only 30% of their income toward their rent. The federal government also has adopted such a rental pay cap nationwide.

"The goal of this legislation is very simple, to keep our most vulnerable and low-income tenants housed by ensuring no one who lives in permanent supportive housing pays more than 30% of their income in rent," Haney told the budget panel, which held a special hearing on his ordinance Wednesday afternoon.

Last year, Haney secured a $1 million budget allocation that reduced the rent for more than 500 tenants of supportive housing units in the city so they are now paying 30% of their income instead of 50%. The city's Department of Homelessness and Supportive Housing reported at the hearing that there are 2,887 such units that have tenants paying more than 30% percent of their income toward rent each month.

Decreasing their share to the 30% limit would cost a little more than $6 million, according to the department. It is $2 million less than the initial estimates for how much of a budget allotment would be needed to institute the ordinance.

"To be honest with you, $6 million out of the city's general fund of $13 billion is minimal in comparison to the cost to these people of losing their housing and not having the ability to stay in their supportive housing. The cost will be much more," said District 1 Supervisor Sandra Lee Fewer, who chairs the budget committee.

Fewer and District 10 Supervisor Shamann Walton, a co-sponsor of the ordinance, both voted in support of it, as did the other committee member, gay District 8 Supervisor Rafael Mandelman. While the city is facing budget deficits due to the COVID-19 pandemic, Mandelman said he nonetheless supports finding the money to institute the ordinance.

"Our budget is a zero sum affair. We increase our allocations $6 or $7 million for one thing, we have to find that money somewhere else," said Mandelman. "All that being said, I believe this is an important thing to do. We will have to find an additional $7 million a year to make this happen, or perhaps it will be less."

Fewer, who is leaving the board in early January, asked to be added as a sponsor of the legislation and said she wished Haney had moved it forward sooner during her time as budget chair. She advised whomever takes on the position in 2021 should be able to find the needed funding in the budget.

"It is not a radical idea that people only spend 30% on rent," said Fewer. "It should be standard for everyone in San Francisco, but especially for our most vulnerable and low-income people."

Seven supervisors are now official co-sponsors, meaning Haney already has the votes needed to ensure the ordinance's passage by the full board. The ordinance allows for the city to institute the rent cap change by October 1, 2023, but both Haney and Fewer said they hoped it would be enacted sooner than that.

Forcing the tenants, most of whom are disabled and people of color, to continue to pay more for their rents "is cruel," said Haney.

"If we want to keep tenants housed, we need a 30% standard for every tenant," said Haney. "This will make an immediate difference in people's lives."

Anne Quaintance told the panel that she has seen firsthand how the rent issue impacts tenants in buildings overseen by Conard House since becoming CEO and executive director of the agency in July. It has been housing people since the 1960s, so a number of its tenants live in buildings where they must pay more than 30% of their income toward their rent.

"A lot of us are aware of this rent issue. It is the most critical issue for residents at Conard House," said Quaintance. "It is why people sometimes can't stay at Conard House. If something significant comes up for them they may have to choose to go back on the street rather than stay in supportive housing."

As the Bay Area Reported noted last week, many of the tenants who will be helped by the rent reduction are LGBTQ. Most are living off of $1,000 or less a month, so paying $500 each month in rent leaves them very little leftover to pay for food, health care and other necessities.

Adriana Kin Romero, 50, a transgender woman who lives at Casa Quezada, a 52-unit supportive housing site for formerly homeless individuals in San Francisco's Mission district, saw her rent decrease this summer because of the funding Haney had secured.

"I am paying less rent now, which is really good especially with the COVID. It really helps. Me and all my neighbors worried about the rent," Romero had told the B.A.R.

A number of LGBTQ leaders are supporting Haney's legislation and are a part of the #30RightNow Coalition. One of the organizing conveners is Jordan Davis, a transgender resident of an SRO unit who went on a hunger strike to bring attention to the issue. She told the panel Wednesday it was "long overdue" for the city to set rents for all supportive housing sites at 30% of tenants' income.

Doug Gary, who co-leads Delivering Innovation in Supportive Housing (DISH), which provides 570 units of supportive housing in the city, and the Supportive Housing Providers Network, has already seen the positive impact on his agency's tenants who saw their rent payments drop due to the budget allocation Haney was able to secure.

Enacting it for all tenants will be an "economic game changer for tenants," said Gary, a gay married father who is one of the members of the #30RightNow Coalition.