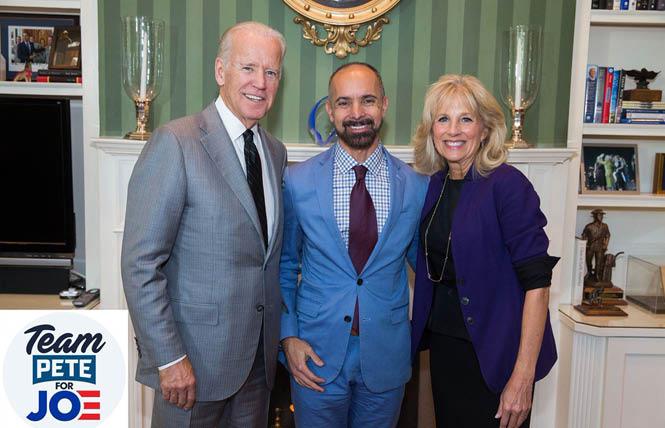 Cabaldon, 55, who in 2004 was the first mayor to be directly elected by his city's voters, came out of Tuesday's election in first place against his opponent, West Sacramento City Councilwoman Martha Guerrero, elected in 2018. He was at 50% compared to Guerrero's 49.27% share of the vote, with a difference of just 174 votes between the two.

When the latest vote count was released Friday late in the afternoon by Yolo County elections officials, Cabaldon's lead had shrunk to 122 votes. The next release of unofficial election results will be at 4 p.m. next Friday, November 13; there are less than 37,988 ballots remaining to be tabulated.

Should the unofficial vote count hold, Cabaldon will have secured his ninth consecutive two-year term as mayor. In 1996 he first won a seat on the City Council, having fallen short during his first bid two years prior, and served four yearlong terms as mayor while a council member.

In 2004, Cabaldon was the first mayor to be directly elected by West Sacramento voters. He came out as gay during his State of the City address the following year and has won re-election ever since, helping to usher in a major redevelopment of the riverfront town connected by bridge to the state capital of Sacramento.

Gloria, who is also of Dutch, Puerto Rican, and Native American descent, will also become the first person of color elected to lead the Southern California city. He briefly served as San Diego's interim mayor in late 2013 through early 2014 due to the resignation of former mayor Bob Filner amid sexual harassment accusations.

The only other gay elected mayor of a major city in the Golden State is Long Beach Mayor Robert Garcia. The Latino official won election to a second four-year mayoral term in April 2018 and is being eyed as a potential pick for U.S. Senator Kamala Harris' seat as she is poised to become the country's next vice president in January.

Out in the Central Valley gay Tracy City Councilman Dan Tavares Arriola, who turned 31 on Election Day, remains stuck in second place in his bid for the city's open mayor seat, as the incumbent is termed out of office. Arriola, who was vying to be the first LGBTQ mayor and first mayor of color in Tracy, was at 31.50% as of Friday afternoon.

Termed out Tracy Councilwoman Nancy Young remained in first place with 36.02% of the vote. But her lead had shrunk from 896 votes earlier in the week to 886 votes as of November 6, with a new vote count to be released Friday evening at 9 p.m.

Arriola, who works as a deputy district attorney for the San Joaquin County District Attorney's office, will remain on the City Council if he loses, as his term doesn't expire until 2022.