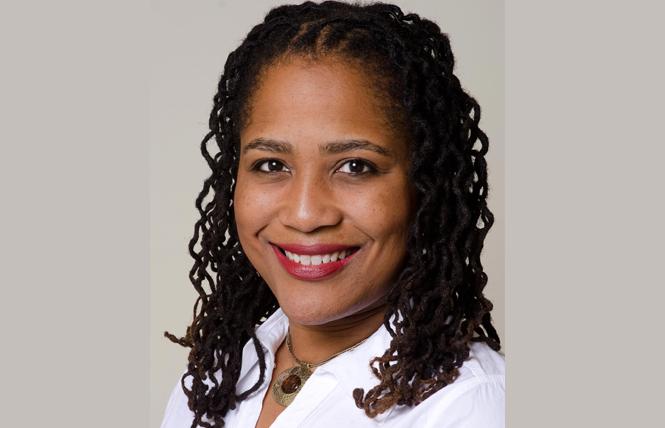 Our final endorsements are for the District 3 Oakland City Council race and one of the City Council seats in Pinole. In Oakland, Councilwoman Lynette McElhaney, an ally, is seeking reelection, while in Pinole, gay resident Devin Murphy will become the second out person elected to the City Council, as only two candidates are running for two seats. His name, however, will appear on the ballot (unlike some other unopposed candidates whose names will not.) For Oaklanders in D3, we recommend McElhaney; in Pinole, voters should elect Murphy.

Oakland
Lynette McElhaney has been a strong ally on the council and is seeking a third term. She has been an effective councilmember, working to establish the city's police commission and co-authoring the Protect Oakland Renters Act, which was approved by voters in 2016. Her district includes West Oakland, the Jack London Square neighborhood, downtown, and Uptown.

In responses to our candidate questionnaire, McElhaney wrote that she supported redirecting police department funds "to invest in people." In June, she was among the City Council members who voted to cut $14.6 million from the Oakland Police Department's budget. For some, that doesn't go far enough, but McElhaney pointed out that the city needs to change from its "War on Drugs financial model that has made cities more dangerous and all but destroyed families. ... As we look to reclaim funds, we must begin to look at phases for funding, allowing for growth in human-centered budgeting that will strengthen over time," she wrote. She calls for funding a social worker model for mental health crisis response and a support system for families to interrupt the syndrome of intimate partner/domestic violence and child abuse.

On housing, McElhaney supports middle-income housing programs, such as subsidies for first-time home buyers, which she stated allows low- and moderate-income families to build stability; tax rebates for landlords that rent to moderate-income families without a subsidy, thus rewarding tenure; and expanding accessory dwelling units. She supports building housing on or near BART property, which is happening in Oakland, particularly mixed income housing and subsidized units in every census tract. During the pandemic, McElhaney wants to see statewide rent relief; Oakland already passed an eviction moratorium for those affected by COVID.

She would like to see more representation by lower income people on city boards and commissions, including Black, Brown, and LGBTQ residents. To encourage that, she has suggested removing transportation barriers by permitting virtual participation (something that is happening for all meetings now because of the pandemic); and perhaps holding some commission meetings on weekends since many BIPOC work at night. She would also like to expand mentorship, apprenticeship, and internship opportunities so that people can increase their participation in civic affairs. McElhaney would like to fund and expand the city's Department of Race and Equity to provide training on inclusion in outreach efforts.

As we recently reported in an interview with McElhaney, her queer son, Victor, was killed in a shooting in Los Angeles last year, and she began speaking publicly about his life last month.

Overall, McElhaney brings her life experience to the City Council, where she has been a productive member. To help small businesses, she wrote that she led the effort to rush $25 million in federal CARES COVID funds to support them, along with arts and rental relief. "Our goal is to keep Oaklanders in business and home as we ride out the recession," she wrote.

McElhaney has accomplished much on the City Council; voters should reelect her to continue her work. 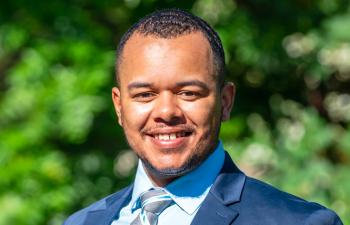 Pinole
Voters in the East Bay city almost certainly will elect Devin Murphy to one of two City Council seats, as there are only two candidates on the ballot. He answered our candidate questionnaire with the goal of producing a higher vote total to demonstrate the strength of his support. A gay man and planning commissioner in the city, Murphy is also the first Black person to lead the Lambda Democratic Club of Contra Costa County, which was instrumental this year in moving various cities and towns in the East Bay to fly the Pride flag in June.

Murphy founded Visit Pinole, a campaign to support economic growth and vitality of small businesses there. He also served as an appointee of the City Council and West Contra Costa Unified School District to the Citizens Bond Oversight Committee where he was responsible for overseeing $1.6 billion in funding from voter-approved bond measures. In short, he has experience in local government that should serve him well on the council.

On policing, Murphy wrote that defunding the police means reallocating or redirecting money from the police department to other local government agencies that "create tangible community solutions to some of our deepest public safety issues, including homelessness, neighborhood violence, and mental illness." Toward that end, Murphy wants to reinvest in parks and trails, youth programs, fire safety, and full funding for the arts and recreation.

He supports constructing housing near BART, and wrote that East Bay cities, including Pinole, "must steer toward the direction of affordable transit-oriented housing." That also includes along San Pablo Avenue, which is a main route for Western Contra Costa County buses.

Murphy wants to make local government responsive to constituents and proposes to equip residents with open access to the city through online forms and using social media to inform them of news and important updates. Greater access and involvement could increase diversity and participation on city panels, he contends.

In short, Murphy has experience working in local government, and has a vision for the council.