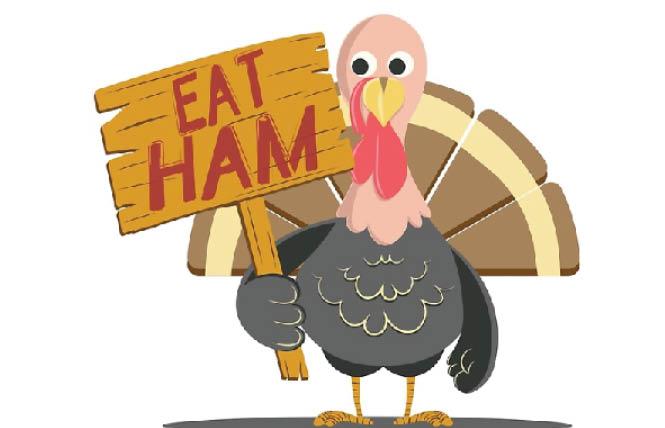 In San Francisco, Tenderloin Tessie will hold its annual meal from 1 to 4 p.m. at the First Unitarian Church, 1187 Franklin Street. For more information, visit https://www.tenderlointessie.com/

The Oakland LGBTQ Community Center will offer a Homecoming dinner event from 1 to 9 p.m., with food being served from 2 to 5. Center staff, volunteers, family, and friends are welcome to attend. The center is located at 3207 Lakeshore Avenue (enter on Rand Avenue). For more information, visit https://www.oaklandlgbtqcenter.org/

Glide church will hold its Thanksgiving meal for homeless and food insecure individuals from 11 a.m. to 1 p.m. in the dining hall at 330 Ellis Street in San Francisco. At 10 a.m., people are welcome to attend the worship celebration in the sanctuary. For more information, visit https://www.glide.org/

In San Jose, the Billy DeFrank LGBTQ Community Center will hold a Thanksgiving community potluck from 11 a.m. to 2 p.m. at 938 The Alameda. For more information, visit https://www.defrankcenter.org/

Gobble Gobble Give feeds homeless people on Thanksgiving and San Francisco is one of the participating cities. It also provides donated clothing and toiletries. According to a news release, people can sign up at https://www.gobblegobblegive.org/ and click on "Locations," then choose "San Francisco."

The governing board of the Port of Oakland has selected a gay man as its new executive director.

Danny Wan, a former Oakland City Councilman, and most recently the port's interim executive director, was appointed to the position November 14. He replaces Chris Lytle, who retired in July after six years at the helm.

The Port of Oakland oversees the Oakland Seaport, Oakland International Airport, and nearly 20 miles of waterfront, including Jack London Square entertainment district. According to a port spokesman, Wan becomes the first openly gay executive director of a major U.S. seaport.

"We're fortunate to have Danny as the port's new chief executive — not only is he an experienced public professional, he is also a local leader with demonstrated commitment to the communities the port serves," port board President Ces Butner said in a news release.

Wan is a familiar figure in Oakland. In 2000, he became the first openly gay member of the City Council, representing Chinatown and the Lake Merritt areas. From 1996 to 2000, he represented Oakland, Alameda, and San Leandro on the East Bay Municipal Utility District board of directors. According to the release, he brings more than two decades of experience in public agency law, finance and environmental policy, community relations, and strategic planning.

Last week, the Wall Street Journal, in its Best Airports 2019 section, listed Oakland airport as the best in the mid-size category. The San Francisco Chronicle reported last week that the airport is the cheapest to fly out of among the three in the Bay Area.

The port is now reviewing its strategic direction heading into a new decade, the release noted.

"It's an honor to lead an organization that operates international transportation and shipping hubs and that generates tens of thousands of jobs," Wan stated. "I look forward to working with the board and an excellent port staff to plan for even greater efficiency in moving people and goods and to grow benefits for the state and the communities that surround the port."

In San Francisco, lesbian Elaine Forbes was named executive director of the Port of San Francisco by the late mayor Ed Lee in 2016. The port is responsible for the seven and a half miles of San Francisco waterfront adjacent to the San Francisco Bay and is the leaseholder for nearly 600 tenants. It does not have a seaport.

Cisneros a finalist in ideas challenge
In other municipal news, gay San Francisco Treasurer José Cisneros has been named a finalist in the 2019 New Ideas Challenge, which is a competition among rising and innovative state and local policymakers to propose the most effective solutions to an array of challenges.

Cisneros was selected for his efforts to reduce the impact government fines and fees have on San Francisco's at-risk populations. His Financial Justice Project is a finalist in the "Empowering Disadvantaged Communities" category, which includes ideas that ensure people facing systemic obstacles have a chance to contribute and thrive. A news release noted that his initiative is leading the nation in assessing and reforming how fees and fines impact San Francisco's most vulnerable residents.

"I am thrilled to be named a finalist and to be included in this group of talented leaders across the country," Cisneros said in the release. "This is an important time to share practical ideas that give people, and their communities, a fair shot to reach their full potential."

The two other finalists in the category are gay West Sacramento Mayor Christopher Cabaldon for West Sacramento On-Demand: Mobility for All, and Columbus, Ohio City Attorney Zach Klein for Helping Understand Barriers, a prosecutor diversion program.

The challenge was open to the 166 members of the NewDEAL (Developing Exceptional American Leaders), an organization that supports state and local pro-growth progressive elected officials through the exchange of ideas and engagement with other top public, private, and nonprofit sector officials.

The winners of the New Ideas Challenge will be announced November 21 at the NewDEAL's conference in Washington, D.C.

Lesbian Jewish seminary leader in Bay Area
Rabbi Deborah Waxman, Ph.D., the first woman and first lesbian to lead a Jewish seminary, will be in the Bay Area starting this week.

Waxman is affiliated with Reconstructing Judaism, a progressive stream of American Judaism. She leads Reconstructionist Rabbinical College in Pennsylvania.

On Thursday, November 21, at 12:30 p.m., Waxman will speak at the Graduate Theological Union, 2400 Ridge Road in Berkeley on "Hashivenuu: Jewish teachings on Resilience." This is also the title of her podcast where she explores how different practices with Judaism cultivate resilience in politically turbulent times.

Waxman will speak in San Francisco at Or Shalom's potluck dinner Friday, November 22, at 6:30 p.m. Or Shalom is located at 625 Brotherhood Way.

On Saturday, November 23, at 4 p.m., Waxman will attend an afternoon Shabbat meal at Ner Shalom, 85 La Plaza in Cotati.