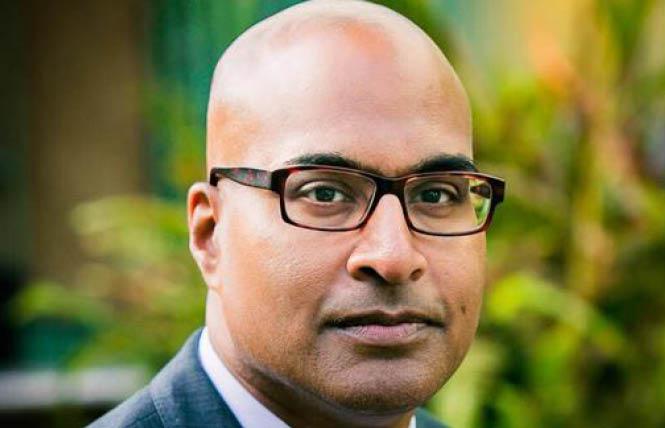 Manohar "Mano" Raju is running unopposed for San Francisco public defender. Mayor London Breed appointed him to the position earlier this year following the unexpected death of Jeff Adachi and it was a wise choice. Raju joined the public defender's office in 2008 after a stint in Contra Costa County and most recently served as co-manager of its felony unit. Raju told us during his editorial board interview that he shares many of Adachi's values, which bodes well for criminal defendants. The public defender's office is one of the best in the country, with top attorneys who vigorously defend their clients. Raju is committed to ensuring that juries reflect the community of the accused and to keeping police and prosecutors accountable. That includes having his attorneys keep an eye out — file objections if needed — for possible implicit or explicit bias, such as prosecutors trying to keep LGBTs off juries. He wants to establish an integrity unit to investigate convictions to ensure that sentences are fair. He will work with the office's immigration unit to guarantee the right to counsel to clients at risk of deportation. Adequate resources are important and Raju told us he will advocate for increased funding for support staff.

The office had a reputation for its "macho" atmosphere and Raju told us that it was unfortunate. He said that he recently moved two LGBT staffers into management positions. "I am interested in lifting up diversity as much as possible," he said. A few years ago, after we called out his office when one of his attorneys misgendered a trans woman in court, Adachi committed to sensitivity training, which Raju told us is ongoing. "It's really important that we understand pronouns people prefer and we honor that," he said. "What's important for me to do is to be client-centered, and to really know [and] represent our clients and connecting out to the families as well as we can and understanding why we do that."

Raju pledged to work with whoever is elected district attorney, and we believe a better relationship between the two offices would strengthen our criminal justice system. That doesn't mean the public defender's office should soften its stance against police wrongdoing (Adachi uncovered homophobic and racist texts among officers during his tenure), but as Raju said, his loyalty is to the clients that are represented by his office. We endorse him in this race.