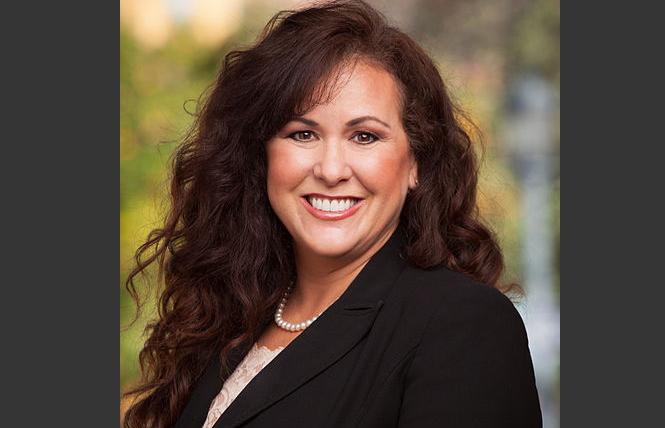 One gay state lawmaker's effort to treat young sex offenders equally was torpedoed last month by Assemblywoman Lorena Gonzalez (D-San Diego) who chairs the powerful Assembly Appropriations Committee. On August 30, Gonzalez killed a bill for this session that would have — finally — ensured that LGBT adolescents are treated the same as their heterosexual peers when faced with the possibility of being listed on the state's sex offender registry.

For those young queer people caught up in the criminal justice system on sex-related charges, SB 145, authored by state Senator Scott Wiener (D-San Francisco), would have granted judges the discretion to decide if a person should be registered as a sex offender if that person is within 10 years of age of a consensual sexual partner between the ages of 14 and 17 and engages in oral or anal intercourse with the younger person. Under current law, that person would be added automatically to the state's sex offender registry. But for cases in which consensual sex involves vaginal intercourse between an adolescent heterosexual couple, judges have the discretion to decide if listing on the sex offender registry is warranted.

Not surprisingly, the bill is being used for political ends and is a point of contention in a state Senate race. Although Wiener's bill had the support of the California District Attorney's Association and California Police Chief's Association, one of the detractors was Stanislaus County Sheriff Jeff Dirkse, who was featured in an ad by Democratic Modesto City Councilman Mani Grewal. Grewal, who is running for state Senate, falsely claimed that SB 145 would have prevented registering adults who molest children as sex offenders. (Grewal has since removed the ad.)

Grewal is running against lesbian state Assemblywoman Susan Talamantes Eggman (D-Stockton) for the state's 5th Senate District seat in Stanislaus and San Joaquin counties, and his comments about SB 145 were labeled as homophobic by Equality California and LGBT leaders. EQCA has been seeking an apology from Grewal and asking those Democrats who have backed his Senate bid to rescind their endorsements. Recently, the Legislature's Asian and Pacific Islander Caucus did just that. EQCA announced Monday that state Senator Anna Caballero (D-Salinas) and the California Legislative API Caucus withdrew their endorsements of Grewal because he employed homophobic campaign tactics and falsely smeared pro-equality legislation in a campaign ad. Grewal told the Stockton Record that SB 145 "would allow a 21-year-old man to molest his 11-year-old daughter." That's false. The bill aligns sex offender registration requirements for LGBTQ young people with those of their straight counterparts. As EQCA noted in a news release, "The bill would not apply to a young adult who has any type of sex with an 11-year-old."

Lesbian state Senator Cathleen Galgiani (D-Stockton), who is listed at the top of Grewal's campaign website, has resisted EQCA's request to withdraw her endorsement. Interestingly, the site also lists Gonzalez as a supporter right under Galgiani.

While SB 145 had become a political football in the state Senate race, it's still incumbent on Gonzalez to explain why she refused to move the bill out of appropriations. In a statement sent Tuesday, she told us: "When the Appropriations Committee deems a bill to be two-year legislation, it's a signal that the idea merits further development because it's a good idea. It's my expressed interest and the author agreed that the registry system needs to be reformed so that it is equitable between all sexual orientations but also better protects victims in younger age ranges. Because it's a bit more complicated than attaching simple amendments to the legislation at the 11th hour of the year, SB 145 will require an overhaul of complicated penal code sections that will take more time. Once we make all the necessary changes, this will be moved to the floor for a full vote."

Last month, EQCA took the unusual tact of publicly calling out Gonzalez about her decision.

Wiener told us he specifically introduced the bill during a non-election year after conversations with his colleagues. Now with Gonzalez's action making it a two-year bill, it's headed for hearings and votes next year, which is an election year.

For too long, young LGBTQs, particularly gay men, have been punished more severely than straight peers for consensual sex when they were younger. Wiener's bill would correct that. Wiener told us last month that he's committed to bringing the bill back in the next legislative session. Gonzalez should get on board or get out of the way.