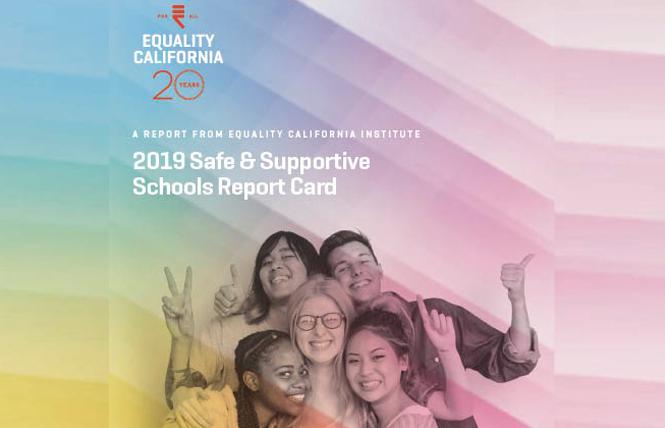 The findings come from Equality California's 2019 Safe and Supportive Schools Report Card, which it officially released May 13. A corresponding website detailing the report's findings and results for individual school districts also went live at http://safesupportiveschools.org/.

"Something has to be done to address the needs of LGBTQ+ students in schools," said college freshman Anna Zeng, who came out as queer while a freshman at University High School in the Irvine Unified School District.

In a press call Monday to discuss the report, Zbur said it was "deeply disappointing" that so many school districts did not fill out the survey. But he also expressed optimism in seeing many districts improve their scores when the next report card is released in 2021.

"This gives school districts a check list of the things they should be looking at in all areas to help provide a safe and supportive school environment for all kids," said Zbur, adding that, "We know when LGBTQ kids are protected all kids benefit."

Speaking as a public school parent himself, as he has twin boys and a daughter, Zbur said he wants to know, just like other parents, that the school his children attends is "doing everything in its power" to be safe and supportive of every single student it enrolls. 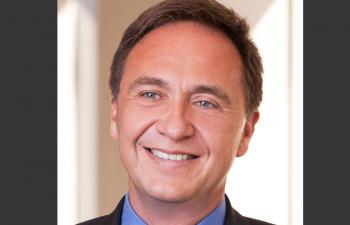 Five areas, four tiers
The survey was broken into five areas of concern: school climate, cultural competency training, transgender and gender-nonconforming students, curriculum, and suicide prevention. All of the participating school districts have existing policies prohibiting harassment and bullying, while 82 of the districts regularly collect data about their LGBT students.

Yet only 10 said they have adopted a policy allowing students to bring a date of any gender to school events or dances like prom, and a mere seven districts said they require all of their schools to celebrate such LGBT holidays like Pride or Harvey Milk Day, which California observes each May 22 on the birthday of the slain gay rights leader elected a San Francisco supervisor in 1977.

Those in the third tier from the Bay Area included Cotati-Rohnert Park, John Swett, San Jose, and Vallejo City. As for local school districts that did not respond to the report card, they include Antioch, Benicia, Dublin, Emery? (which is Emeryville's school district), Fremont, Gilroy, Livermore Valley Joint, Mt. Diablo, Pleasanton, San Leandro, San Ramon Valley, and Vacaville.

"We want our school campuses to be as safe and welcoming as they can be," said Oto, adding that his district knows "we have much work to do to improve our schools but we are excited to be a spotlight district."

"This report card will empower school communities, students, and faculty to make sure districts do their part," said EQCA board member Jeff Freitas, a gay man who is president-elect of the California Federation of Teachers and served on the advisory committee for the report card.

EQCA pinpointed three areas where it felt school districts need the most improvement. It is recommending that LGBTQ-inclusive cultural competency trainings be required for all teachers and school staff; legislation currently before state lawmakers co-sponsored by Thurmond, Assembly Bill 493, would require such training in grades seven through 12.

"The report card is just the beginning," said Zbur. "We are hoping this will help us launch programs in school districts across the state."