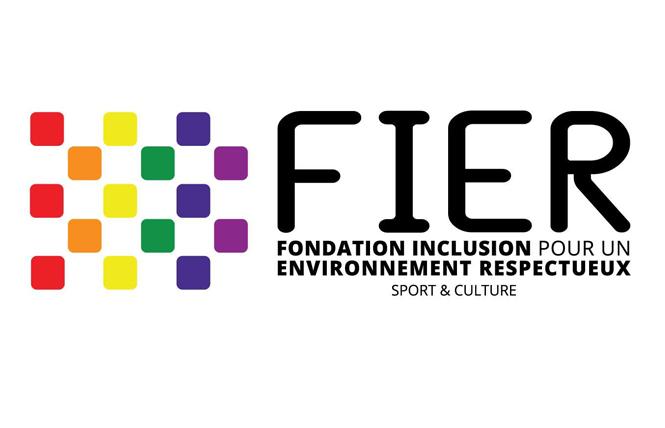 The Foundation Inclusion for an Environment full of Respect will distribute some of the funds remaining from Gay Games X in Paris. Logo design: Thomas Crozier.

The 2018 Gay Games in Paris were not merely successful at pulling in enough participants to create strong tournaments in virtually every sport. Gay Games X became the first Gay Games held outside of the United States to turn a profit, leaving a financial legacy to benefit the region's LGBT sports community.

The Paris organizing committee has been disbanded and is being reorganized into Foundation Inclusion for an Environment full of Respect, or FIER, which will administer and distribute foundation funds.

"There was a surplus from the organization of Paris 2018," Federation of Gay Games co-president Sean Fitzgerald confirmed. "We had a finance committee meeting last week and are still determining details. A part of these funds are being used to start the foundation."

Paris 2018 organizers also said in their closing reports that "Kent State University conducted an independent study to measure the economic impact of the event, which totaled more than 100 million euros, including the creation of 1,429 full-time job equivalents, which is higher than forecast and previous editions. The Gay Games have particularly contributed to the recovery of tourism in the capital and shops in the Marais had their best month [in] August."

Information about FIER can be found on a dedicated page of the Gay Games X website, http://www.paris2018.com/fier. According to the website, "The new board defined all types of projects, which would be able to be financed in sport and culture areas and LGBT+ issues, but also modalities of selection in liaison with a committee of sponsors and a committee of experts to analyze the project."

This is the second consecutive time that the Gay Games have finished in the black — the 2014 event in Cleveland wound up donating $120,000 to the Gay Games LGBT Legacy Fund at the Cleveland Foundation and $27,000 to the Gay Community Endowment Fund of Akron Community Foundation — and the third time in the last four quadrennial cycles. It also means that half of the 10 Gay Games have finished with a surplus.

That's reassuring news for skeptics who doubted the viability of LGBT sports festivals in general — questioners who thought financial failures and organizational shortcomings with some of those events indicated that LGBT sports events had become irrelevant, lost purpose, or suffered from a burned out participant pool.

It is easy to see why such general skepticism existed. Most EuroGames have largely been successful, but the 2015 Stockholm EuroGames were an organizational and communications disaster, and the European Gay and Lesbian Sports Federation had to intervene with Rome organizers this year to get them to scale back their ambitions in order to try to salvage the 2019 EuroGames.

Year in and year out, Exhibit A for the cynics was the Outgames, global and continental editions. The past few continental Outgames have either been canceled or staged under another name without the Outgames licensing. The second World Outgames, in Copenhagen in 2009, were the only ones to report a profit, but had disappointing participation levels and operational difficulties. The first World Outgames, Montreal in 2006, lost millions of dollars. The last one, Miami in 2017, was called off at the last minute, effectively killing the brand for good.

Add that to the Gay Games' having lost money in four consecutive cycles, from 1990 through 2002, and you had some folks wondering if major LGBT multi-sport festivals would survive.

Well, I'd say they're surviving just fine — especially when they have good business models to follow.

Currently there are two models that are providing athletes with good quality and inclusive competition experiences while avoiding financial pitfalls: the Sin City Classic and the Gay Games. They each fulfill their missions with radically different organizational plans.

Sin City is held annually in one city, Las Vegas. Overhead costs and organizational burnout are minimal because each sport is responsible for organizing its own event. The same host and sports organizations are used year after year, so they have no steep learning curves to go through. You don't get all the ceremonies or quite the global registrations you get in the Gay Games, but you do get a quick fun weekend of sports and parties — Vegas style.

Then you have the Gay Games: a quadrennial event that requires a new host organization every cycle as the event moves from city to city. The gut-wrenching financial losses of earlier Gay Games have given way the past few cycles to better financial accountability and better coordination between the institutional knowledge of the FGG, and the ambition and first-time excitement of successful successive hosts.

Yes, having to confer over and over again with a licensing body can be irksome, and the grind of nailing down every detail for four years just for a few days of festivities and tournaments can be wearying — but as Paris can attest, the wine is worth the work. 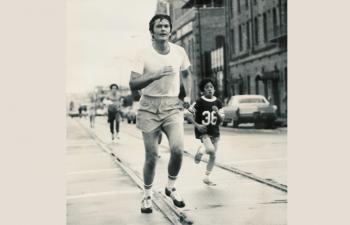 Friends and family of Gardner Pond, a former San Francisco resident who was a co-founder of International Front Runners, have announced he died April 9, in Palm Springs, California. He was 91. He is survived by his husband, H.L. Todd.

In an email, Todd wrote that Mr. Pond remained active. "After a hip operation-replacement he stayed active, but no hiking. He was still very proud that at 90 he was still walking a mile a day."

Todd wrote that his late husband was also proud of having gone to the Burning Man festival.

While Mr. Pond rarely dressed in drag — Todd could only recall one time at the Red Dress benefit in Palm Springs — Mr. Pond and his former partner were involved with the Imperial Court. Todd said that he met the late Jose Sarria through Mr. Pond's activities with the court. Mr. Pond also knew the late supervisor Harvey Milk.

Mr. Pond, who lived in San Francisco from the early 1950s until 2002, and Jack Baker listed a "Learn to Jog" class in a queer free university newspaper in San Francisco, Lavender U, in the early 1970s. The class's first run was in January 1974. Over the next few years the class grew into a running club and became the first gay-centric organization many of its members had ever joined. The group codified its organization in 1978 under the name Front Runners — a name inspired by the best-selling novel of the late Patricia Nell Warren.

"Jack and I were both joggers," Pond told the San Francisco Chronicle in a 2004 interview. "We were not runners. When we'd get the occasional person to show up who was a real runner, of course, they were thoroughly disappointed." Pond told the paper that, in those early days, it was a relief to have some place "you could be open and not play that double life bullshit. One youngster said he'd never dreamed he'd find another runner he could run with, because he was gay."