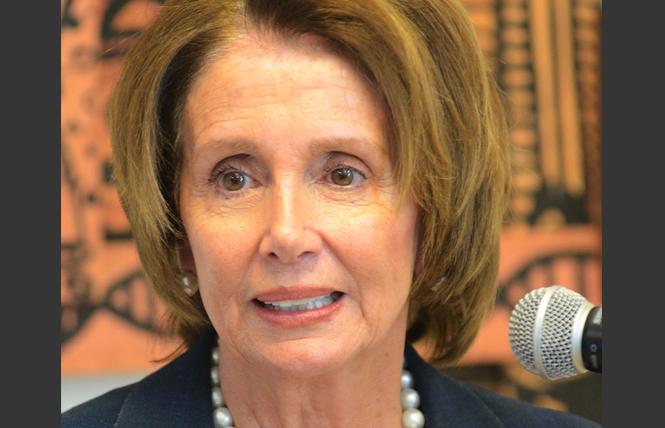 The Service Employees International Union Nurse Alliance of California, which represents more than 35,000 registered nurses from both public and private sector health systems in the state, wants congressional leaders to direct the Office of Civil Rights in the U.S. Department of Health and Human Services to disband its Conscience and Religious Freedom Division and instead work to eliminate bias in health care.

In January 2018 the Trump administration moved to allow providers to use their religious beliefs to discriminate and refuse services to a patient. In a news release at the time, the federal health agency said "no one should be forced to choose between helping sick people and living by one's deepest moral or religious convictions."

It prompted widespread condemnation from LGBT advocates and their allies. San Francisco Mayor London Breed called the policy "a thinly-veiled attack on the health and well-being of women and LGBTQ communities."

The nurses alliance launched a change.org petition calling on Congress to act. It raised objections to seeing federal rules allow a nurse to cite their religious beliefs as for why they could not care for a transgender person or include the spouse of a gay or lesbian person in their health care decisions.

"Nurses and the communities we serve demand the right to health care without discrimination," stated the petition. "This is a central part of our nurse practice acts, state-by-state, and we call on the U.S. Congress to pass legislation to prevent the Health and Human Services from implementing policies designed to give health care workers the unprofessional right to discriminate."

It garnered 11,501 signatures and was recently closed due to surpassing its goal. Nurse Sasha Cuttler, who is genderqueer and works for San Francisco's Department of Public Health, helped launch the petition.

"Many people don't even realize that it wasn't until the Affordable Care Act came into existence that there were protections mandated for LGBTQ people and for women's health care that didn't exist before," said Cuttler. "In particular, the thing that's so noxious about this is that nurses are nurses; nurses work with all sorts of different people and take care of all sorts of different people, and part of being a professional means you eat whatever feelings you have."

The nurses, said Cuttler, plan to deliver their petition to the office of House Speaker Nancy Pelosi (D-San Francisco). Her spokesman Taylor Griffin told the Bay Area Reporter that she supports their goals.

"The creation of HHS' Conscience and Religious Freedom Division is the Trump Administration's latest ploy to license discrimination against the LGBTQ community and deny women their right to comprehensive health care," wrote Griffin in an emailed reply.

"Speaker Pelosi is thankful for the Nurse Alliance's advocacy in shining light on this issue as we work to end discrimination and ensure quality access to health care for all Americans."