Knoller case may be headed to Newsom's desk 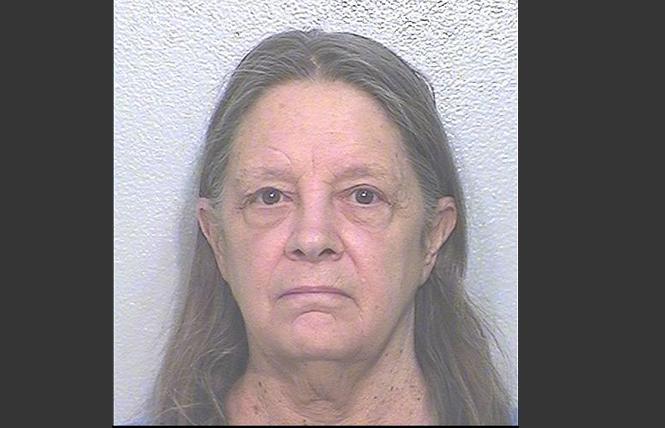 Governor Gavin Newsom may be confronted with an unprecedented ethical faceoff next month in connection with San Francisco's infamous 2001 dog-mauling case.

The Bay Area Reporter has learned that the issue involves Newsom's marriage to Kimberly Guilfoyle, who, along with former assistant district attorney Jim Hammer, prosecuted Marjorie Knoller and her husband, Robert Noel, for the fatal attack on lesbian Diane Whipple.

Knoller, 63, is scheduled for a parole hearing February 7 at the California Institution for Women in Chino, in San Bernardino County, east of Los Angeles. If a two-member panel votes to release her, the decision will likely be rubber-stamped by the parole board's legal counsel before being sent to the governor, who could reverse or affirm the decision. Newsom would also have the option of doing nothing, in which case the decision of the parole board would stand.

"This is probably a first for this kind of fact situation. There is a conflict," said Peter Keane, dean emeritus of Golden Gate University Law School and former chairman of the San Francisco Ethics Commission.

Keane added, "But legally there is no one he can hand it off to on a recusal. The best thing for Newsom to do is just stay out of it and leave whatever decision the board makes as definitive and final."

California governors are allowed to block parole for anyone convicted of murder. Former Governor Jerry Brown had a liberal record on parole. During his most recent two terms in office, Brown blocked only about 15 percent of the cases that came before him, according to Keith Wattley, executive director of UnCommon Law, an Oakland-based nonprofit that provides counseling and legal representation for California prisoners serving life terms with the possibility of parole.

By contrast former Governor Gray Davis once vowed to block parole for all convicted killers and faced legal challenges for that virtual blanket denial.

When asked if there would be anything improper about Newsom blocking Knoller's parole, Wattley told the B.A.R., "First, being granted parole the first time is very difficult for anyone, so we don't even know whether she would get to that point. Second, I don't think there's anything necessarily improper unless his decision were to be based on information that has no relevance to public safety."

Loyola law Professor Laurie Levenson told the B.A.R. that she hasn't heard of a similar parole issue happening before and she didn't know if any specific rules would apply, but she added, "I don't take it as a given that the governor discussed the case with his ex-wife while she was handling it. Some prosecutors discuss their cases at home; some do not. The key question is whether he has a personal interest in the case or information that is not part of the court or parole board's record."

Newsom and Guilfoyle were married from 2001 to 2006. A former Fox News personality, Guilfoyle is now dating Donald Trump Jr.

Levenson said the matter creates the perception that Newsom could be biased.

"However, because the situation creates an appearance that he could not be impartial, he might try to take himself out of the parole process by deferring to others in his administration after they review the case," she said.

"Finally, if he were to deny parole, he would have to explain why his decision was supported by the actual record in the case, as opposed to his personal feelings about the defendant or the case," Levenson said. "That explanation would be reviewed by a court."

The dog-mauling case was one of the most publicized trials in Bay Area history and generated nationwide headlines. Knoller was with the dogs during the hallway attack on Whipple and was convicted of second-degree murder. Her husband, Robert Noel, was convicted of involuntary manslaughter. As the B.A.R. previously reported, Noel died last year of heart failure in a San Diego nursing home on his 77th birthday.

In any parole suitability hearing, the victim's relatives as well as the district attorney's office from the county that prosecuted the case are allowed to attend and speak. Whipple's partner, Sharon Smith, is mulling whether she would appear or formally oppose Knoller's parole, according to Kate Kendell, the former executive director of the National Center for Lesbian Rights. Kendell left NCLR last month after more than two decades of service to the national LGBT legal organization. She and Smith's former attorney Michael Cardoza successfully fought for Smith's rights as an unmarried partner in a civil lawsuit.

The San Francisco District Attorney's office did not respond to the B.A.R.'s request for comment on its position on Knoller's parole by press time.

A call to Newsom's office on Wednesday was not returned by press time.