Transmissions: We are one for the ages 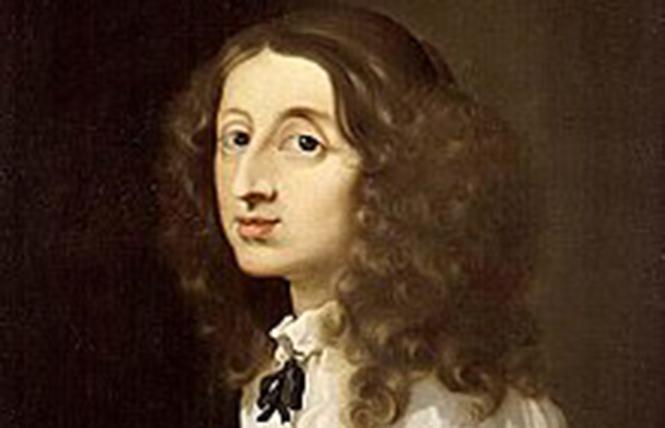 It amazes me how so many seem to view the notion of transgender people as if they were something that magically winked into existence just five years ago. It feels as if so many think the moment they first heard of transgender people is when they came into wider view via news stories or other media portrayals, rather than that people stopped living in ignorance about the existence of transgender identity.

The truth is, transgender people have always been here.

Now, that's not to say that you aren't seeing more transgender people being out and visible than you may have in the recent past. The thing is, everything is more visible now, with the rise of social media and the incessant 24/7 news cycle that always needs something to fill it.

On top of this, as acceptance and visibility for transgender people have grown, more people are feeling safer about coming out as transgender, whether it be people coming out for the first time, or those who have long been stealth finally feeling comfortable discussing their own transgender status.

So, it may well seem that there are a lot more transgender people at this time and place, and that could lead someone to think that this is somehow a new phenomenon.

The historical record is full of transgender stories, both in mythology and popular culture of the times. We know of the Cybele cult in ancient Greece, whose members adopted female outfits and identity, and castrated themselves in the service of their deity, and of Egypt's Queen Hatshepsut, who wore male garments and a false beard. These are just two of a great many examples in the ancient world of what we might call transgender identity today.

Then there's Queen Christina of Sweden, who abdicated the throne in 1654, adopting the masculine persona of Count Dohna, and the Chevalier d'Eon, who opted to live as a woman in the 1770s. One can presume there were plenty more who were not of such renown, living their lives outside of the social norms of the day.

Because those are such old stories, however, it is hard to augment them with the terms of today. We do not know, for example, if Queen Hatshepsut adopted her garments as part of being a ruler, for example, and can only make educated guesses based on the historical record. To say that this or that historical figure is "transgender" may well be true, but it's a reality from our modern point of view.

We can, however, pretty readily look at figures over the last one hundred years.

In 1918, some 20 years after Oscar Wilde set the stereotypes of gay male behavior that are still accepted by some today, a person who alternately went by Earl Lind and Jennie June released a book, "Autobiography of an Androgyne." Four years later June penned a second, "The Female-Impersonators."

While June was living in New York City, Jack Bee Garland was doing social work after serving in the U.S. military in the Philippines and writing for the San Francisco Examiner. He was a transgender man.

Meanwhile, in Germany, transgender and homosexual identities were enjoying a renaissance of sorts, as Magnus Hirschfeld opened the Institut für Sexualwissenschaft (Institute of Sexual Research) and transgender people saw their identities normalized in the country.

There were popular nightclubs for transgender people in Germany at the time. Likewise, identity papers reflecting their gender, and plenty of other progressive views toward transgender identity, were fought for and won.

That is, until the Nazis burned down the institute and sent transgender people to the camps with their homosexual prisoners. Had things been different, maybe we wouldn't have a debate about how new transgender is today.

In the postwar era, as the United States tested nuclear bombs, the New York Times hailed a different "bombshell" when Christine Jorgensen returned from Europe after her gender change. With her followed many more through the 1950s, into the Stonewall era, and today.

That there is a largely unbroken line from June in 1918 to today, only interrupted by World War II and the atrocities of Nazi Germany, shows just how long this has existed. We're not the latest fad, akin to "planking" and the "Ice Bucket Challenge."

For those who are not transgender, whether you view yourselves as allies, as neutral, or even as hostile toward transgender people, know this. We're not something new, not some modern contagion caused by the internet or what have you. We've always been here, as much a variation of the human condition as handedness, hair color, or sexuality.

We may be something you don't fully understand, let alone condone, but this doesn't stop us from existing in this world. We have faced adversity and yet we have remained, never fully going away.

For transgender people, it's important, even vital, to reclaim our history, and understand where we come from. We are part of a long history, and have a place in this world alongside our non-transgender peers. Many have attempted to erase us, and none likely more successful than Nazi Germany, but yet we remain here today.

As our community continues to grow, driven by the ability to share with each other via our computers and cellphones, we can not only uncover this history, but forge the next links in the long story that is us.

Let us continue to move forward, together.

Gwen Smith is proud of her own contributions to transgender history. You'll find her at www.gwensmith.com.