Man who stole rainbow flag back in jail 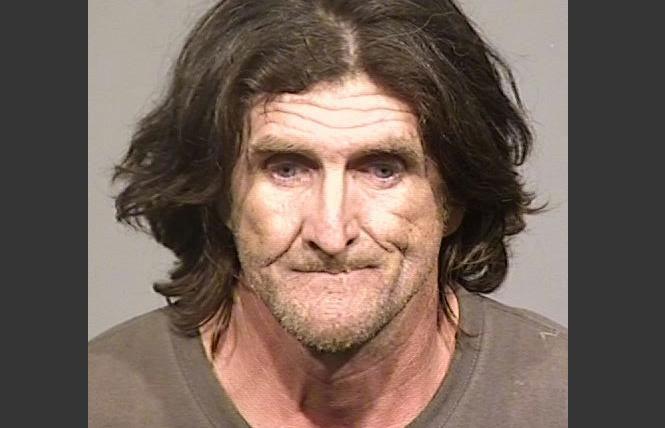 The man convicted of stealing a rainbow flag from the Guerneville Plaza flagpole in June has been arrested for violating his probation relating to the petty theft charge.

In July, O'Sullivan was sentenced in Sonoma County Superior Court in Santa Rosa to 36 months probation and 100 hours of community service for stealing the flag. According to Staebell, the probation office filed the allegation of violation against O'Sullivan October 29. He then had a violation of probation hearing on December 5 based on "two positive tests for methamphetamine."

"At the end of the hearing the court found him in violation and remanded him," Staebell said.

As previously reported by the Bay Area Reporter, O'Sullivan also faces a hate crime charge for another incident in May where he threatened to "bomb the gay people in Guerneville" at a local Safeway store, authorities said. He targeted one individual who was the victim in this case, a gay male employee of the Starbucks located inside the Guerneville Safeway store off Highway 116.

Other threats and language allegedly used by O'Sullivan during the incident included, "I am going to kill all the motherfucking gays," and "I am going to blow you up you motherfucking faggot," according to Robert Maddock, the deputy district attorney who formerly prosecuted the case.

His trial is expected to begin February 18 at Sonoma Superior Court in Santa Rosa.

Beth Streets, a straight ally who started a Flag Supporters group that replaced the stolen rainbow flag and has also been following O'Sullivan's case very closely, said he also did not complete any of his community service. She said she had been told about O'Sullivan's drug use, and the probation violations confirmed it.

Prior to O'Sullivan's conviction for stealing the flag, the flag had been stolen about a half dozen times since it was first put up in June 2017. For Streets and the community, she said this experience has been an "up and down roller coaster," and said she continued to raise the rainbow flag to "help a community that was starting to feel rightfully fearful."

"Hate can never win," she said.

Update: 01/09/19: This article has been updated to include the rejection of O'Sullivan's attorney's motion to dismiss the hate crime case against O'Sullivan.