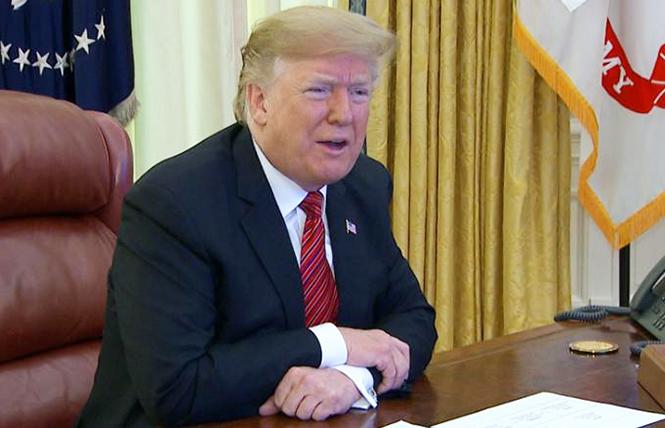 Gay Republican Richard Grenell was having trouble getting confirmed as ambassador to Germany last year; this year, his name was floated as a possible choice for White House chief of staff.

In 2017, the LGBT community shuddered as President Donald Trump appointed Jeff Sessions as attorney general. This year, Trump fired him, but the community still had reason to worry. Add to these the long-dreaded retirement of U.S. Supreme Court Justice Anthony Kennedy, the sudden fall and hospitalization of Justice Ruth Bader Ginsburg, and the strained and studied avoidance by Supreme Court nominee Brett Kavanaugh in answering questions about legal protections for LGBT people. Then consider the Trump administration's relentless pursuit of policies to exclude transgender people — from the military, from the Affordable Care Act, and from protections in education and medical care. It was a rough year for the community.

It was a tough year for the nation, too. Several of Trump's closest advisers were convicted of lying to Congress and the FBI during investigations of whether the Trump campaign may have actively worked with Russian operatives to win Trump's election in 2016. The investigation continues and seems to be drawing a tighter and tighter circle around the president himself.

One of those convicted advisers, Trump's former personal attorney Michael Cohen, fingered the president as having directed him to violate federal campaign finance laws to cover up Trump's extramarital affairs during the last weeks of the 2016 election. Trump's erratic foreign policy schemes have caused the U.S.'s image and role in global affairs to plummet, and his outspoken affection for Russian President Vladimir Putin, North Korean leader Kim Jong Un, Saudi Arabian Crown Prince Mohammed bin Salman, and other authoritarian figures has both baffled and worried many people. Nobel Prize-winning economist Paul Krugman said Trump has formed a "new axis of evil" with Russia and Saudi Arabia in thwarting efforts to address climate change.

So, 2018 has not been the country's finest hour or the LGBT community's "golden age." It's hard to believe that, just three years ago, the LGBT community could make a good argument for a golden age. The federal Defense of Marriage Act was gone; same-sex couples could marry in all 50 states; LGBT people could serve in the military; and the administration of then-president Barack Obama made it clear, through its actions and words, that it would fight for equal protection and opportunity for LGBT people.

Not all that has changed, and there have been some moments that, if not golden, were bright and shiny. Thanks to an enormous amount of work by legal and political activists, the community can arguably boast that it held its ground.

Here are the 10 stories that illustrate some of the LGBT community's biggest gains and pains from 2018. 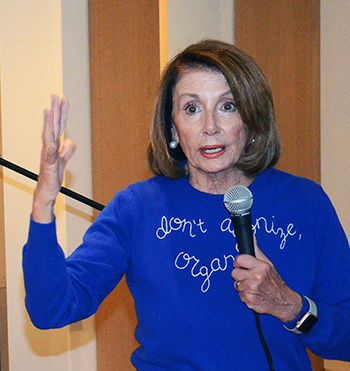 Dems win the House
It is hard to overstate the importance of having Democrats win enough seats November 6 to become the majority party in the House of Representatives starting January 3. First, a Democratic majority in the House stops attempts by anti-gay Republicans to pass anti-LGBT legislation. Among other things, they tried to ban medical transition treatment for transgender service members with gender dysphoria, restrict help for LGBT people under the Affordable Care Act, and allow religious-oriented adoption services to discriminate against same-sex couples. Having a Democratic-controlled House will mean that such legislation is unlikely to see any movement, and it means pro-LGBT legislation has a chance. It also means that there is an opportunity for the House to provide a check on Trump's erratic and, many suspect, illegal activities as the nation's leader. 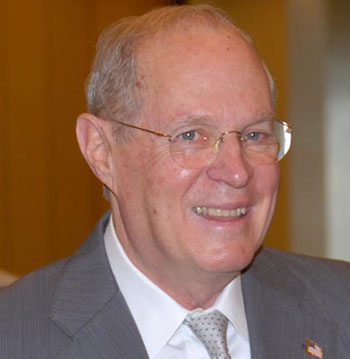 Kennedy retires
Kennedy did not have the best LGBT voting record on the U.S. Supreme Court (that honor goes to Ginsburg), but he provided the crucial fifth vote for, and eloquently wrote, the most historic and significant decisions in support of equal rights for LGBT people in the past two decades. Think Romer (anti-gay initiatives), Lawrence (sodomy bans), Windsor (Defense of Marriage Act), Obergefell (marriage). He was 82 and he retired. That not only meant the loss of Kennedy, it meant turning his seat over to an ultraconservative replacement and tipping the balance decidedly away from the trend of progressive attitudes toward LGBT people as equal citizens. Just weeks after that ultraconservative, Kavanaugh, took his seat, 85-year-old Ginsburg fell and was hospitalized, alarming progressives everywhere that Trump might get to name a third right-wing conservative to the court. Ginsburg's back at work and attended the premiere December 12 of "On the Basis of Sex," a new feature film about her work to establish equal protection for women.

Kavanaugh confirmed
There were plenty of reasons for the LGBT community to be skeptical of Kavanaugh going into his confirmation hearings. During the hearings, things only got worse. Set aside (if possible) the allegations from three women that, as a student, Kavanaugh sexually assaulted them. He studiously evaded questions about whether he would discriminate against someone because they were gay and said he couldn't remember "specifics" about his involvement in anti-LGBT actions he took in the administration of President George W. Bush. The Human Rights Campaign and others assessed Kavanaugh as a "direct threat to the constitutional rights" of LGBT Americans. The Republican-controlled Senate confirmed him in October by a vote of 50-48. 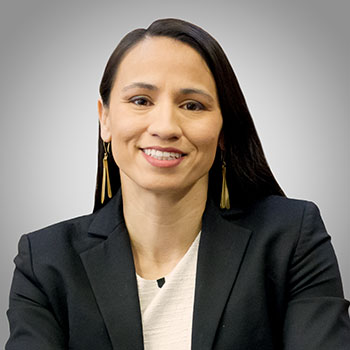 LGBT candidates win
It wasn't just the record number of LGBT candidates that were elected November 6 that impressed, it was the extraordinary number of "firsts" for the community: The first openly bisexual member and second openly LGBT member of the U.S. Senate (Kyrsten Sinema of Arizona), the first openly gay man to be elected governor (Jared Polis of Colorado), and the first openly LGBT members of Congress from Minnesota (Angie Craig), New Hampshire (Chris Pappas), and Kansas (Sharice Davids). By the time the votes in most of the states were counted, the House and Senate boasted their largest number ever of openly LGBT members (two in the Senate and eight in the House). The eight victories in the House represented 20 percent of the 40 seats the Democrats won to secure the majority control in that chamber.

GOP keeps Senate
The Republican-controlled Senate has been eager to rubber stamp Trump's ultra-conservative nominees to the Supreme Court. The Senate has showed no stomach for providing a check on Trump's questionable activities. Republican leaders appear willing to let Trump shut down the government to fund a wall along the Mexican border, cozy up to the nation's long-standing global adversaries, and lie repeatedly to the American public.

Attacks on trans people
One of Trump's campaign promises, repeated on several occasions, was to "protect" the LGBT community. Apparently, he meant that in the same way he meant Mexico was going to pay for his border wall. Instead of protecting LGBT people, the Trump administration has taken every opportunity to oppose protections for LGBT people and has created its own opportunities to injure transgender people. Trump has continued to push for banning transgender people from the military, declared that federal law prohibiting discrimination based on "sex" in employment does not prohibit discrimination based on gender identity, and even banned the use of the word "transgender" in budget documents from the Centers for Disease Control and Prevention. It also announced it would no longer interpret the Affordable Care Act to prohibit discrimination based on gender identity. And the beat goes on. 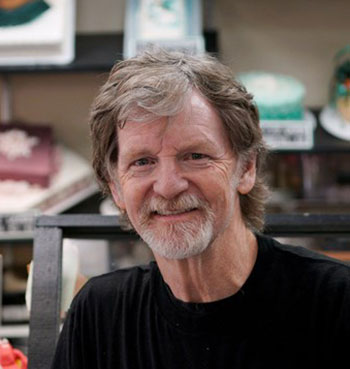 Court dodges cake issue
The key conflict between LGBT people and businesses that would like to refuse them service is a growing concern, and many thought it would be settled last June when the Supreme Court issued its decision in Masterpiece Cakeshop v. Colorado. It wasn't. The high court dodged the central issue of the case — can a vendor claim a religious belief in order to circumvent a law prohibiting discrimination based on sexual orientation in public accommodations. In a 7-2 decision, the majority ruled only that the record of this particular dispute reflected there had been significant hostility shown by the Colorado Commission on Human Rights for baker Jack Phillips' religious views against marriage for same-sex couples. Phillips was absolved of his original human rights law violation. But what impressed many LGBT legal activists was the statement in the decision, written by Kennedy, that said, "Our society has come to the recognition that gay persons and gay couples cannot be treated as social outcasts or as inferior in dignity and worth. For that reason, the laws and the Constitution can, and in some instances must, protect them in the exercise of their civil rights. The exercise of their freedom on terms equal to others must be given great weight and respect by the courts." It was an important sentiment to hear from the court and, in addition to Kennedy and the court's more progressive justices, Chief Justice John Roberts and conservative Justices Samuel Alito and Neil Gorsuch signed on.

Massachusetts victory
The LGBT community doesn't often win ballot battles, and this year saw the first-ever statewide ballot measure specific to protections for transgender people. Anti-LGBT activists tried in three states this year to put such a measure on the ballot but only in Massachusetts did they succeed in forcing a vote. The measure, known as Question 3, asked voters whether they wanted to keep a 2-year-old law that requires all places of public accommodation (restrooms, hotels, restaurants, etc.) to provide access to people "consistent with the person's gender identity." Voters said yes, 68 percent to 32 percent. 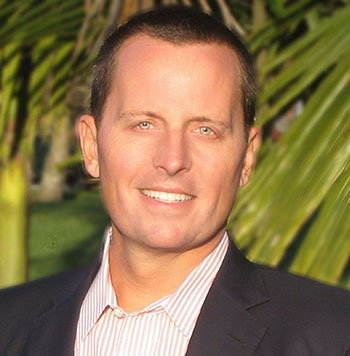 Gay ambassador
Given the Trump administration's actions against the LGBT community, it was probably a surprise to some that the president nominated a gay person to become ambassador to one of the U.S.'s largest allies, Germany. But Grenell supported Trump during the primaries and they share a fondness for frequent caustic Twitter posts. After stalling for seven months, the U.S. Senate in April finally confirmed Grenell by a vote of 56-42. Grenell has represented Trump's politics vigorously in Germany, saying he wants to "empower other conservatives" in Europe, and expressing particular interest in Austria's new far-right chancellor Sebastian Kurz, which Time magazine says brought "a movement that was founded by neo-Nazis back into a position of power." Some media reports say Trump has been very pleased with Grenell and might be considering him for chief of staff, if Trump decides to let go his new acting chief of staff, Mick Mulvaney.

Sessions fired
Everyone saw it coming and, sure enough, the day after the November 6 elections, Trump fired Sessions, his attorney general. Trump had expressed a litany of complaints with Sessions, going back to almost the same month he named the former U.S. senator and prominent campaign supporter to the post. Sessions had a well-established reputation of opposing equal rights for LGBT people before he took over the top spot at the Department of Justice and, during his brief tenure there, he managed to extend that reputation. But there was nothing to celebrate. Trump replaced him with Matthew Whitaker, a right-wing evangelical activist who waged a "politically motivated witch hunt" in Iowa against politicos who supported marriage for same-sex couples. Now, Trump has replaced Whitaker with William Barr, who served as attorney general under President George H.W. Bush. Legal activists say the LGBT community can expect Barr to continue with much the same hostility to LGBT civil rights as Sessions showed.