Jock Talk: Sports events that happened (and didn't) in 2021 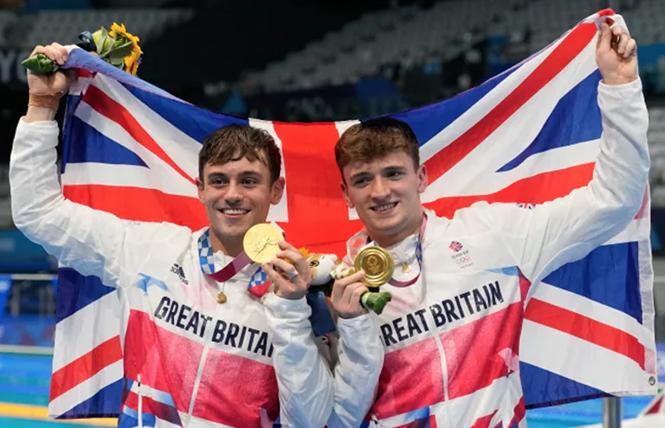 Years are remembered not just by the things that happened during them and our reflection on which of those events we celebrate and those that we wish had not occurred. They are just as notable for events that didn't happen and whether we celebrate or regret those omissions. Here's a look back at some of the notable events and non-events from the sports world in 2021 — a year in which we took our masks off ... and put them back on ... and off ... and on...

What happened: The 2020 Summer Olympics, which had not been held the year before because of COVID-19 concerns, were held a year late in 2021 despite even bigger pandemic concerns, especially among host country Japan's population, where vaccination rates remained abysmally low. Thank goodness, through the miracle of collapsible cardboard beds in the athletes' village and free distribution of full-body contraceptive rubbers, the Olympics went off without disastrous glitches and diehard Olympic fans were able to cheer in droves thousands of miles away safely in their homes.

What didn't happen: The Summer Olympics did not turn into the viral superspreader event many worried it would. Japan is now in the upper tier of national vaccination rates with something like 80% of the eligible population vaccinated.

What happened: An estimated 186 openly LGBTQ+ athletes competed in the Tokyo Olympics, dwarfing the number at all previous Olympic Games combined. Included in that number were the first openly transgender medalists ever.

What didn't happen: The USA women's wheelchair basketball team did not fire coach Lawrence "Trooper" Johnson before the Paralympics despite multiple allegations of abuse from athletes. It even named him for another quadrennial cycle afterward until sufficient public outrage was raised to force his resignation in December. Also, Belarus did not protect one of its sprinters after she criticized a political bigwig connected to the Olympic delegation and she was forced to seek asylum with Poland rather than return to her home. Clearly the Olympics brings together athletes from all over the world in a global celebration, but it still has a ways to go to ensure it is not subjecting them to abuse or exploitation.

What happened: In August, the British Journal of Sports Medicine admitted it was wrong in its assertion in a 2017 article of a causal relationship between elevated testosterone levels and track performance in elite female athletes. That four-year-old study was what World Athletics has used to justify its banning of several African female sprinters from major events such as the Olympics, despite numerous other flaws in the dubious study that had been identified and documented at the time it was published. Thus, the world was denied to see some of the best sprinters in the sport, and the medals awarded to those who did run were tarnished in the process.

What didn't happen: World Athletics did not rush to revoke its policy and reinstate the athletes. It did not issue apologies to them. It did not pledge to commit funds to independent scientific research so it could be certain it knew what the hell it was talking about going forward.

What didn't happen: It didn't become a distraction. Guys didn't become all weird about taking showers. The Raiders won their next two games and head into season's end still in playoff contention.

What happened: During an investigation of the toxic, sexually hostile work environment of the NFL's Washington, D.C. franchise, private emails from Raiders coach Jon Gruden were revealed that were laden with racist, misogynistic, homophobic, and transphobic comments, eventually leading to his resignation.

What didn't happen: The NFL did not release its final report or make any of the other emails it uncovered public. In doing so, it protected the officials who perpetuated the toxic environment and those who enabled or participated in the toxicity throughout the NFL, undermining the league's claims of sincere commitment to change.

What happened: During a pro wrestling bout televised on TNT this month, a jerk in the crowd was heard yelling at gay wrestler Anthony Bowens, calling him a "fucking faggot."

What didn't happen: Event security did not eject the fan, which most self-respecting professional sports events security teams would do in this day and age. Bowens did not rush into the stands and remove the clod's head from its shoulders, which would pretty much have been my impulse. Bowens did post a picture of himself, kissing his boyfriend Michael Pavano in front of a homophobic evangelical demonstration, and noting on Twitter, "This is why I posted that photo the other day. Stuff like this unfortunately still exists. Not fazed, I'll just keep fighting against stuff like this till the day I die."

What happened: Nasser Al Khater, head of the Qatar Soccer World Cup Organizing Committee, which will host the 2022 men's World Cup, said that LGBTQ+ people visiting the country to attend matches should not feel insecure or threatened, but he hoped that they "do not show affection in public and respect the local culture."

What happened: The International Olympic Committee announced a new policy structure designed to get international sports federations to become more inclusive of transgender and intersex athletes: to concentrate on ways to include rather than exclude, and never to exclude based on perceptions or assumptions, but only on objective, proven, and documented scientific research based on the specifics of each sport.

What didn't happen (at least not yet): International sports federations have not publicly and proactively embraced the spirit and letter of the new policy structure. They have not announced plans to fund and create the needed efforts to safely and effectively increase their inclusivity or to conduct performance research within their disciplines to reach the IOC human rights goals.

What happened: We lost some good friends and colleagues in the LGBTQ+ sports world. Leviathen Hendricks, former board member of the Federation of Gay Games and a founder of the East End Phoenix soccer club, died in May at the age of 51. Kathy Flores, former national rugby coach and coach of the San Francisco Fog, died in October at the age of 66. Ken Scearce, executive director of the Sin City Classic and an inductee in the North American Gay Amateur Athletic Alliance Hall of Frame, died in July at the age of 48. Just this month, gay Olympic diver Ian Matos of Brazil died after a lengthy battle with a lung infection at the age of 32.

What hasn't happened: We haven't forgotten them and likely never will.

Instead, Flores is being memorialized with a scholarship fund by USA Rugby.

Instead, the Sin City Classic has created a Ken Scearce Leadership Award, to be awarded next month at the classic to an individual who puts team needs before self interests, is "dedicated to growing their sport within the LGBTQ+ community and has extended outreach to allies and other supporters," and leads by example. To submit a nomination, click here.