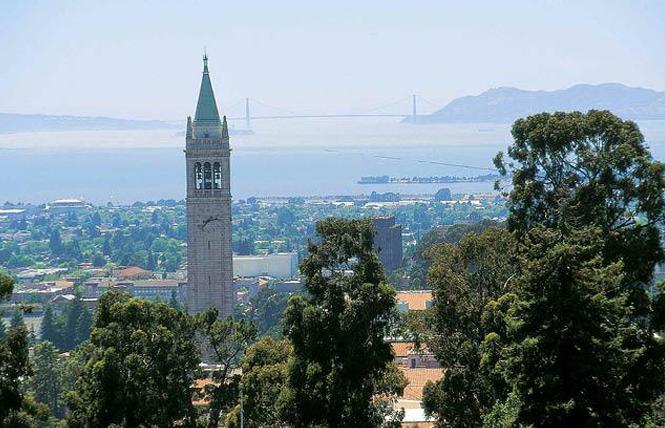 California cities are responding better than a couple of years ago to their scores on the Human Rights Campaign's latest Municipal Equality Index, with two East Bay cities attaining a perfect score.

The index is the only nationwide evaluation of how inclusive city laws and services are of LGBTQ people, according to HRC. The 2021 edition, released November 18, rated 506 cities (58 of which are in California) and is the 10th. Cities are rated based on non-discrimination laws, the municipality as an employer, municipal services, law enforcement, and the city leadership's public position on equality, among other items.

"For 10 incredible years, the MEI has helped guide, shape, and inspire more inclusive laws and policies in cities of all sizes in all parts of the country," Cathryn Oakley, the founding author of the index, stated in a news release. "I am incredibly proud of this project and of the MEI team who have made this report a vehicle of enduring change and of our partners in communities around the country who have enthusiastically embraced its possibilities."

As the Bay Area Reporter reported, in 2019, Berkeley (which scored 96/100) and Brisbane (which scored 53) challenged their scores. Berkeley public information officer Matthai Chakko said at the time that the city should have "a total of 108."

Brisbane City Manager Clay Holstine told the B.A.R. that because fewer than 5,000 people live there "we don't have called-out positions to deal with a variety of situations, but everything on this list we deal with as issues come up. ... We wear multiple hats and have multiple assignments."

Aryn Fields, a press secretary with HRC, told the B.A.R. this year that the group couldn't change the 2019 scores for Berkeley or Brisbane, because they'd already been announced. However, "this information can inform next year." When asked via email what information she was referring to, Fields did not respond. Fields had stated earlier that the scores this year were from cities self-reporting.

Brisbane saw its score rise, too, to 63.

Caroline Cheung, a spokesperson for Brisbane, expressed pride that the City of Stars did better this time and attributed it to efforts the San Mateo County city has taken to be more inclusive.

"We're glad to see our MEI has increased in the last couple of years," Cheung stated. "We have added a LGBTQ liaison in our police department, and for the past few years have flown the Pride flag year-round; we are the only city in San Mateo County to do so.

"We also have an active city staff-led working committee called EPIC, for Equity Plus Inclusion Committee, and we're currently recruiting for volunteers that either live or work in Brisbane to serve on the City of Brisbane's newest citizen committee, called IDEA, for Inclusion, Diversity, Equity and Accountability," she continued. "Those applications are due January 14."

Cheung also stated that "as a smaller city, we may not have all the programs that larger-staffed cities do."

Following up, Holstine reiterated his 2019 point that "small organizations by nature have many employees with multiple hats."

"We cannot devote the dedicated resources that a bigger organization can," Holstine stated. "Unfortunately, this rating system does not take that into account."

Asked about the rating decline, San Jose spokesperson Carolina Camarena responded, "The city of San Jose aims to be one of the most welcoming cities in the U.S. and looks forward to accessing the Human Rights Campaign resources such as issue briefs and webinars to learn ways to improve the inclusion of LGBTQ+ people in our city."