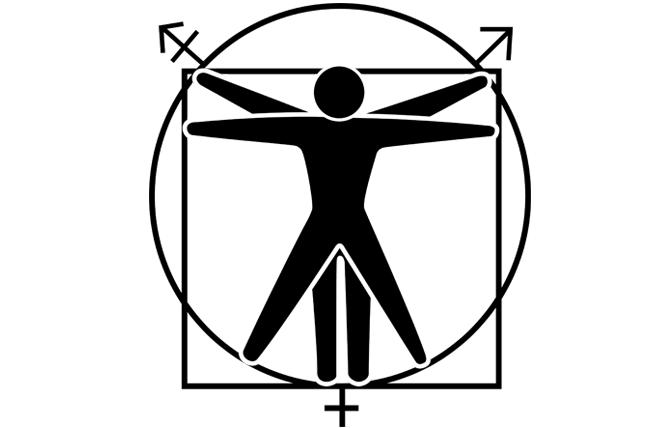 There's one thing that transgender people have that is routinely stripped away from us and it is something we so desperately need extended to us right now — and that is humanity.

We may joke about our similarities and stereotypes, but we are each truly unique. Not only do we come from every race, religious upbringing, and every part of society, but we each approach this thing we call transgender just a little differently. We are a multitude of different voices, seeking our parts to sing.

To use myself as an example: Yes, I am a transgender woman. There is a lot of my story that may sound a lot like any other transgender woman. Years of confusion as I found my way. Coming out to — and sometimes rejection by — friends and family. Transition.

Yet being transgender is not the be-all and end-all of what makes me. I am an admitted music fan, enjoying everything from 1970s glam to modern jazz to musique concrète. I adore cats. I have a sense of humor shaped by my life experiences, yet somehow I still haven't weeded out a love of puns and wordplay. I write. I commit acts of art. I both work within and advocate for virtual worlds. I spent many years in role-playing games, and still love card and board games.

Yet to the world at large, I am given but one note to play. As a local television station described me more years ago than I care to say, I am merely "transgender." My entire identity is distilled into a single word, one of dozens of facts one could pluck from the ether to describe me.

Of course, I could also note that such distillation is also devaluing: in those rare times we do get asked for an opinion on an issue, we are so often reduced to being labeled as a "transgender activist." It is a way of dismissing us, claiming that we are coming with little more than an agenda, and therefore untrustworthy within the marketplace of ideas.

I have had the pleasure of knowing so many other transgender people over the years, from the elder stateswoman to the freshly-cracked egg, with the only similarity between us all our desire simply to be ourselves in a world that can so often be indifferent at best. We are everywhere and share among us our humanity.

This is not what you'll hear about us, however.

This year, over one hundred bills were introduced in legislatures across the United States to target transgender rights, from old-school "bathroom bills" to restrictions on our care and challenges to our legal identity. Yet most of these bills didn't even go so far as to identify the target: transgender people. Most focused instead on the threat of "biological men" invading women's sports or the ladies' restroom. We're not even properly identified when our rights are being stripped away.

I need not remind that when our opponents speak of "biological men," they are stripping away our identities and painting a picture that simply does not match reality. They are, in essence, taking away our humanity and reducing us to a threat.

This is what it means when, in 2015, the federal Transportation Security Administration went from referring to transgender people in airport security lines as "anomalies" and chose to refer to us as "alarms" when our bodies don't match the pink or blue button it chose for us.

Meanwhile, you have the religious right and a certain class of left-leaning bigots going hand-in-hand to reduce transgender women to their penis, and transgender men to their primary and secondary sexual characteristics. No longer humans ourselves, but simply a womb and a pair of breasts.

We come to the largest canard of them all, the "transgender debate." We are told that we are simply part of some cultural and/or political divide, and that our needs need to be weighed against endless waves of fears and concerns for the rights of others, while the needs, the fears, the concerns, and the very rights of transgender people themselves are discounted.

Frankly, this is what's wanted, too. If we are unnamed, if we are presented as some abstract threat, some nameless "debate," then we can be negated. You cannot appeal to the humanity of something that has been rendered hypothetical.

So, I call upon you, dear reader. I am not a debate; I am a human being. To paraphrase William Shakespeare, the Bard of Avon, if you were to prick me, I would indeed bleed. I only ask that you recognize this.

Consider for a moment what it is that transgender people just like me want in this world. It is simply to be left in peace. To be given an even playing field with our peers. To be able to be plain ol' human beings in a world positively dripping with others of our kind, both trans and otherwise.

Frankly, we don't want to have to focus our lives on the arguments, the laws, the hatred. We just want to simply be. I think that's all most humans want: just let us live our lives, same as anyone.

In these holiday times, if we can strip away the crass commercialism, the faux "war on Christmas" outrage, and, yes, even that Mariah Carey song, I hope that we can be left with a holiday that celebrates each other, that allows us a moment to extend a little good will towards all in these cold winter months.

Give us a little humanity.

Gwen Smith is able to pass those "I'm not a robot" tests on most days. You'll find her at www.gwensmith.com