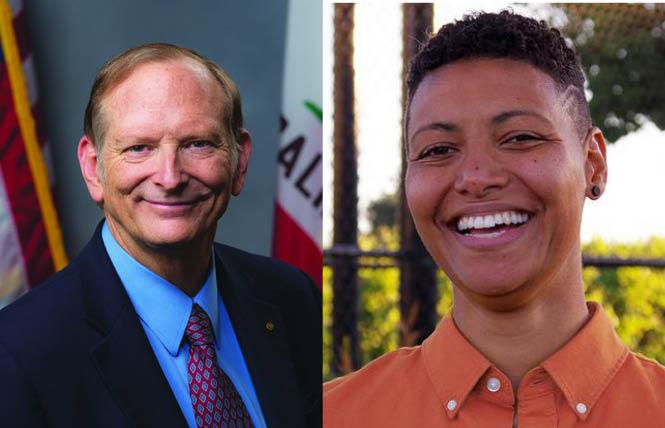 An East Bay Assembly seat has now opened up due to Assemblymember Bill Quirk (D-Hayward) opting not to seek reelection in 2022 and instead retire when his term ends next December. His decision is likely to lead more Alameda County leaders to seek to succeed him.

Quirk, 75, lives with his wife in a retirement community in Union City. The couple has a daughter who is bisexual, and Quirk signed the marriage certificate when she wed her wife.

He also has a gay brother and has consistently earned perfect scores for his voting record on LGBTQ bills from Equality California, the statewide LGBTQ advocacy organization. Nonetheless, he has drawn younger, out candidates seeking to unseat him from the Assembly in the past two years.

First elected in 2012, the former Hayward city councilman and nuclear physicist could have sought a final two-year term in the Legislature's lower chamber. But in a letter he sent December 9 to his constituents, Quirk wrote that he wanted to devote himself to addressing climate change full-time in the private sector.

"The greatest challenge the state of California now faces is the implementation of our greenhouse gas reduction goals and ameliorating the impacts of the climate crisis; I want to play a key role in accomplishing those goals," wrote Quirk. "Most of this work will not require new legislation, but action by the private sector and regulators. During my 10 years in the Assembly, I have spent many hours being a bridge between the research community, the legislature, and regulators. I have decided to make this my full-time occupation."

Quirk added that he is looking forward "with great enthusiasm" to next year's legislative session and his chairing the Assembly's Environmental Safety and Toxic Materials committee. He hoped 2022 would be his "most productive year in the legislature with bills to improve California's environmental safety, streamlining regulations particularly in the cannabis industry, improving public access to state agencies proceedings, and criminal justice reform."

And he thanked his wife, Laurel, and his family "for their immense support over these past many years that I have served in elected office."

After much thought, I have decided to not seek re-election in 2022. For my full statement and future plans, please visit https://t.co/goaOgyd9mK. #AD20 pic.twitter.com/3InT1WMZ29— Bill Quirk (@AsmBillQuirk) December 10, 2021 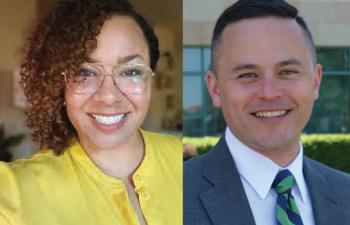 As of December 10, only two Democratic women had pulled papers with the secretary of state's office for Quirk's 20th Assembly District seat. One is gay nurse and union leader Jennifer Esteen, seeking to be the state's first Black LGBTQ legislator.

The other is Fremont City Councilmember Teresa Keng. But as the Bay Area Reporter previously reported, Fremont would be in a different Assembly district under the redistricting process currently underway. It would be part of a redrawn Assembly District 24 seat along with Newark, Milpitas and parts of northeastern San Jose.

As for Assembly District 20, the unincorporated community of Ashland where Esteen lives will remain a part of it along with San Leandro, Hayward, Castro Valley, San Lorenzo, Sunol, and parts of Union City, Dublin, and Pleasanton. The new maps are to be approved in mid-January, with the deadline for candidates to file a few months later.

With state legislators now able to serve 12 years in their seats, open Assembly and Senate seats often result in crowded contests for them. As Esteen is seen as a progressive Democrat, it is likely someone on the more moderate end of the party will enter the race.

Dublin City Councilmember Shawn Kumagai, a gay man elected in 2018 as the first out LGBTQ person elected to a city council in the East Bay's Tri-Valley, told the B.A.R. if West Dublin where he lives remains in the newly drawn Assembly seat then he will likely seek it. The married Navy veteran is district director for Assemblymember Rebecca Bauer-Kahan (D-Orinda).

He added that his main consideration at the moment is if where he lives stays in the new Assembly district.

"I have been talking to folks to see if I have a viable path to victory," he said, "so far it is looking pretty good."

Having moved their family to Hayward after Shanta "Shay" Franco-Clausen and her wife bought a home there in June, Franco-Clausen also plans to seek the Assembly seat. While she has yet to return the B.A.R.'s request for comment about her candidacy, she notes on her Instagram account that she is a candidate for the seat.

As West Coast region program director for IGNITE, which helps women run for public office, Franco-Clausen works on various political campaigns and advocates for legislation in Sacramento. She grew up in San Jose and lost her bid in 2018 to be elected the first lesbian on the city council in the South Bay city.

She was then appointed that December as a trustee of the Santa Clara Valley Open Space Authority to a term the ends in 2022 and is listed as its vice chairperson on its website. Last March, Franco-Clausen won a seat on the Santa Clara County Democratic Central Committee, which she had been serving on as a non-voting member and was censured by it in 2019 after learning about a fellow party activist's medical information from her wife, a police officer, and then tweeting about it to several people.

In 2017, Franco-Clausen worked as a field representative for Assemblymember Ash Kalra of San Jose, who currently represents the 27th Assembly District and will be seeking re-election in the newly drawn 25th district. Like Esteen, should Franco-Clausen be elected to the Assembly seat then she would be the state's first Black LGBTQ legislator, as she is African American/Afro-Caribbean.

Working in Esteen's favor is her having launched her bid for Quirk's seat this summer and spending the last few months locking down endorsements. As the B.A.R. noted last month, a host of LGBTQ and progressive Democratic leaders have already thrown their support behind Esteen.

The list includes Tiffany Woods, a transgender woman who is co-chair of the state party's LGBTQ caucus; Alexis Villalobos, a gay man who ran against Quirk last year; and Brandon Harami, a gay man who is vice chair of the state party's progressive caucus. Gay former state legislators Assemblymember Tom Ammiano and Senator Mark Leno, both of San Francisco, have also endorsed Esteen, who like Leno is Jewish.

Just this week Alicia Garza, a queer woman who helped found the Black Lives Matter Global Network, came out in support of Esteen, as did the Working Families Party, which aims to elect progressive leaders to office. In a statement December 9 responding to Quirk's decision, Esteen thanked him for representing the community.

"I thank Assemblyman Quirk for his many years of public service and his commitment to the people of this community," stated Esteen, adding that she appreciates "the work of Assemblymember Bill Quirk and I will be proud to represent this district in his stead."