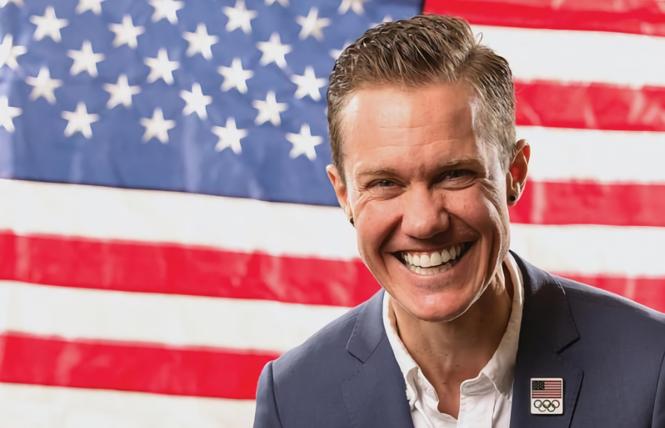 Months after openly transgender athletes competed in the Olympics for the first time, the International Olympic Committee delivered on its promise to release new guidelines about transgender and intersex participation in sports that would emphasize the desire and need for inclusion. The new guidelines, however, released in mid-November, raise as many questions as answers. Whether they lead to more inclusion will depend on the good will and actions of others going forward.

"Is it perfect? No, but it is a huge step in the right direction," said Chris Mosier, founder of transathlete.com (https://www.transathlete.com) and the first openly transgender athlete ever to represent the United States in international competition. "People look to the IOC as the gold standard of sports policy. Creating this framework centered on inclusion is a very positive step not just for the IOC, but for all sports."

The IOC ambitiously labeled its new guidelines the "Framework on Fairness, Inclusion and Non-Discrimination on the Basis of Gender Identity and Sex Variations" — or FFINBGI for sort-of short.

FFINBGI replaces the 2015 policy that required transgender and intersex athletes to meet testosterone level mandates in order to compete. That policy had replaced an earlier requirement for surgical alteration, which in turn had replaced other earlier, even stricter restrictions and more invasive examinations.

As with most grand IOC proclamations, the international organization included acknowledgments of its own limitations. It says it is "not in a position to issue regulations" to the various sports, and that governing bodies will determine how they handle issues in their own sports.

"The aim of this framework is to offer sporting bodies — particularly those in charge of organizing elite-level competition — a principled approach to develop their criteria that are applicable to the sport," the FFINBGI introduction states. "Sports bodies will also need to consider particular ethical, social, cultural and legal aspects that may be relevant in their context."

(The IOC document is available here.)

"This is guidance — it's not an absolute rule," said Richard Budgett, the IOC's medical and scientific director.

The tone of the document clearly indicates a desire for more inclusion. It says measures should be taken to be more welcoming, organizations should work to end discrimination and foster inclusion, and proactive work should be done to eliminate harassment and abuse. It says organizations must consider the harm done to intersex and transgender athletes if and when it sets eligibility criteria. It says competitive advantage should not be presumed based on appearance or perceptions and needs to be demonstrated through proven research based on the activities and athletes in each specific sport.

For FFINBGI to be effective, the respective sports federations must sincerely embrace it, look for ways to achieve inclusion rather than ways to justify exclusion, and spend the money for proper external and impartial scientific research into the impact biological variations have on their sports.

Despite blaring assertions you may have heard in recent years, this has not been done effectively in the past. Oh, there have been partial studies here and there, usually involving non-athletes in non-athletic activities that have found some variations that might suggest that maybe there could possibly be a small but discernible effect on safety or competitive advantage in some sports event, but nothing with the comprehensiveness or thoroughness to justify some of the absolute conclusions and exclusions we have seen in many sports. On the flip side, advocates of inclusion have sometimes relied more on pointing out the flaws in the research that has been done to argue for inclusion rather than coming up with the research to disprove the rationales for exclusion.

It is that kind of research that FFINBGI calls for when it states, "Any restrictions from eligibility criteria (must) be based on robust and peer-reviewed research that demonstrates a consistent, unfair, disproportionate competitive advantage in performance and/or an unpreventable risk to the physical safety of other athletes; is largely based on data collected from a demographic group that is consistent in gender and athletic engagement with the group that the eligibility criteria aim to regulate; and demonstrates that such disproportionate competitive advantage and/or unpreventable risk exists for the specific sport, discipline and event that the eligibility criteria aim to regulate."

What the IOC fails to mention in its framework document is that coming up with that research requires a) money; b) time; and c) organizational commitment to spending both.

Assuming the various international sports federations are willing to make that commitment (and that's a huge assumption considering past track records), what should the default position be in the interim?

Obviously, in sports such as track and field and weightlifting, in which the fears have been about competitive advantage and never about safety, barriers should be dropped immediately until their value is proved by the kind of research the IOC advocates.

The international track and field federation has wasted years waging legal battles to exclude intersex women from competing in women's events because of their naturally occurring higher testosterone levels, telling them to unnecessarily mutilate their bodies or take unnecessary drugs to counter their bodily testosterone production — or compete as men.

"Athletes should never be pressured by an international federation, sports organization, or any other party (either by way of the eligibility criteria or otherwise) to undergo medically unnecessary procedures or treatment to meet eligibility criteria," the IOC said in its policy document.

Runner Sebastian Coe, the head of World Athletics, seems determined to dig in rather than get with the program.

"I read the framework document," Coe said after the recent track world conference. "I'm very happy that we have our mature regulations that are in place. Our regulations will remain in place."

In my opinion, international track's actions have forced numerous women of color out of competition. It has relied on shoddy (and since repudiated) research to justify its exclusionary tactics. It should drop its restrictions immediately — and apologize to those it has injured.

In sports in which safety has been the primary concern, let's look at what we're actually dealing with. In combat sports such as wrestling, boxing, or martial arts, athletes are already divided into weight groups, so are similarly matched in size and do not have dangerously wide ranges of strength. In rugby, are there really transgender women rugby athletes out there who are so much bigger than other women rugby athletes they are playing against? Are those disparities larger than what rugby athletes have dealt with throughout history? If not, then imposing exclusive criteria without proper research creates a solution for a problem that likely does not exist.

"One of the things I like about this framework is the shift toward a human rights approach," Mosier said. "It moves the focus away from testosterone level as though it is the only factor. We know that's not the case."

Mosier, 41, has spent years on the frontlines working to make sports policies more inclusive. He was involved in the discussions that led to dropping surgical intervention as a condition for transgender sports inclusion.

Transgender inclusion and acceptance is a human rights issue that has become highly politicized, especially in the United States in recent years. That has become especially so in sports, where many politicians have stoked transphobic fears to pass exclusionary state bans and inflame voters.

"My identity is not political, but it has been politicized," Mosier said. "We have become a political wedge for people to try to gain voters. What is lost is that we are real people. I think it is going to get worse before it gets better. I expect we will see more states try to pass bills to keep transgender athletes out of scholastic sports."

It is those athletes in danger of exclusion who may gain the most immediate benefit out of the IOC's gesture in support of inclusion and non-discrimination.

"Transgender people can see that they can follow their sports passions," Mosier said. "I think the sports inclusion movement feels inspired and invigorated by this new framework."

Jock Talk: Gruden exposed for the racist homophobe he is
Sign up!