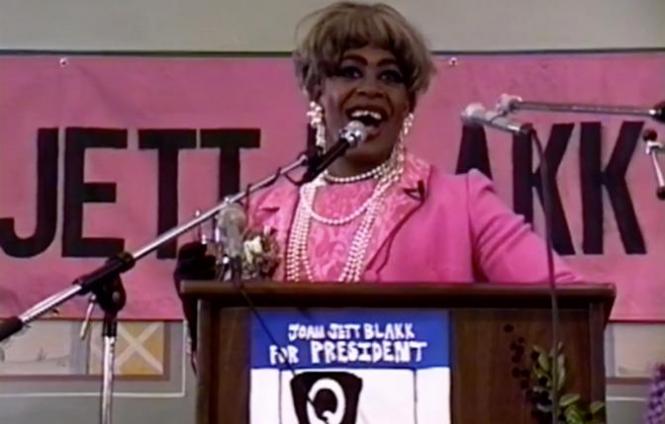 Here's an update on several LGBT arts events taking place in-person and online, including a short film about a political drag queen, a hair salon's fun events, and a new performer showcase produced by the SF LGBT Center.

Beauty President
Terrence Alan Smith is more famously known as his drag persona Joan Jett Blakk, who ran for president in 1992. Beauty President, Whitney Skauge's recently released short film, tells his story in brief, and includes footage of Blakk at the Democratic National Convention floor in New York City when he ran under the Queer Nation Party as a write-in candidate.

While he had no chance of getting a nomination, or even a vote at the convention, Smith's activism forced awareness about LGBT and AIDS issues at a time when it was being ignored. The film is presented by the L.A. Times' new short film series.

"Our thing was visibility," Smith says in the film. "We were still being beaten up, we were dying of AIDS, we were being denied jobs and housing. The more visible we made ourselves, the less that happened."

Timothy Hampton, the Community Programs Manager at the SF LGBT Center, who is also producing the series, wrote in a press release, "After hearing Tory's voice, it was clear she was meant to kick off this platform. To put it simply, she had the vibe!"

Queer Vibes will showcase a new local LGBTQ artist monthly through a virtual performance spotlighting their musical artistry. Although it's booked through this year, artists can learn about the selection process and submit their previous musical work to Hampton at timothyh@sfcenter.org.
www.sfcenter.org 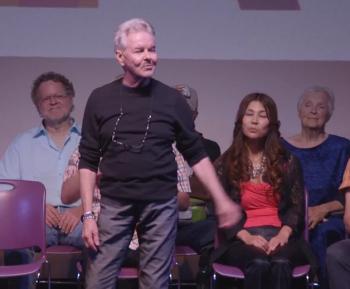 Queer Theater
New Stages, a Los Angeles based theater company for seniors, will offer online workshops and talks with notable theater artists. For eight consecutive weeks on Zoom, New Stages will feature the class 'Queer Theater: From the Freaks to the Geeks,' taught by Mark Salyer and with special guests including playwright Robert Patrick (Kennedy's Children) talking about Caffe Cino and director Randee Trabitz (The Mystery of Irma Vep, Blacktop Highway, The Solid Life of Sugar Water) who will discuss the plays of Charles Ludlam and the Ridiculous Theater. Workshops are Tuesdays at 2opm, with a $75 fee.

New Stages' work has often centered on personal narrative and storytelling. The program at the LA LGBT Center, for instance, offers LGBTQ seniors the opportunity to tell their own stories in a cabaret show presented each year during Pride Month.
newstages.org 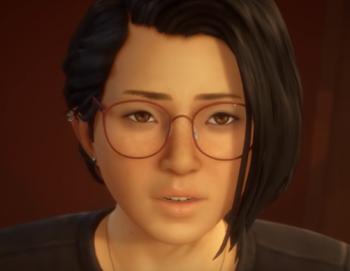 Although the date and full line-up has yet to be announced, updates will be posted on their Instagram page

Life is Strange
The producers of a popular role-playing video game reminded us of their LGBT-inclusivity. The Life is Strange series has long embraced queer characters and representation, and a new edition, Life is Strange: True Colors, is no different. The game features a same-sex romance option, allowing players to choose between two potential partners —one male and one female— for protagonist Alex Chen.

As with all other games in the series, players are given the ability to choose their own way through the adventure to make the experience all their own. So get gaming.
lifeisstrange.square-enix-games.com