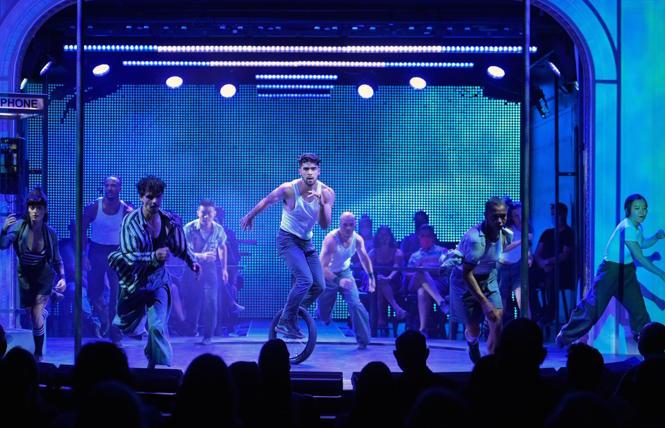 On an early August afternoon amid the dust and debris of a radical reconstruction, local native Gypsy Snider says, "I have lived in a Socialized Democracy where art and education and healthcare are all considered essential for everyone."

Snider is the co-creator of Dear San Francisco: A High Flying Love Story, which officially opens a residential run at Club Fugazi on October 12. But while her declaration may seem to describe a rosy, mythologized version of the 1970s' San Francisco that Snider grew up in as the daughter of Pickle Family Circus founders Peggy Snider and Larry Pisoni, she's actually referring to Canada, her adopted home since moving to Montreal.

There, in 2002, along with Shana Carroll —a friend since childhood and daughter of longtime San Francisco Chronicle columnist Jon Carroll— she co-founded the now-world-renowned 7 Fingers artists' collective, a leader of the global nouveau cirque movement, focused on stripping away circus' carnivalesque frippery to showcase its athletic and emotional heart.

If Canada in some ways fulfilled promises that their hometown never quite followed through on, there's no question that the creative and societal ferment of the women's formative Bay Area years has infused the women's ethos ever since: scrappy, collaborative and compassionate.

There's also no question that Snider and Carroll have long hoped to bring their work and its philosophical underpinnings back to the city that inspired it, which is why August found them overseeing a major interior overhaul of North Beach's Club Fugazi, dark since the closing of Beach Blanket Babylon's 45-year run and the pandemic that followed.

"It's actually the pandemic that finally let us put this show together," Snider says, explaining that 7 Fingers' other productions came to a halt as of last March, opening an unprecedented hole in her globetrotting schedule.

"In some ways," says Snider, reflecting on the moment in which she and Carroll find themselves back in San Francisco, "It feels like the city has been burned down and is being rebuilt." 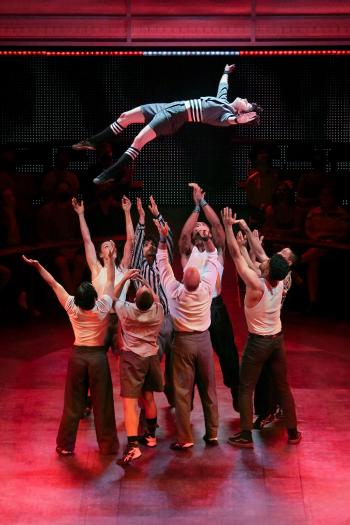 Fire in the heart
It's no coincidence that the opening choreography of Dear San Francisco is inspired by the great fire of 1906. "Its conceptual," says Snider, "So the audience won't see literal images of burning and flames and smoke. But they will see movement that clearly shows people helping each other in the face of disaster. And this sounds so cheesy, but I think the show, in a way, is really about the fire within us, too."

"People have always said, 'San Francisco isn't what it used to be.' This is a place that is always changing and being rebuilt, but there's a certain spirit that's always been here. As the city comes back to life after the pandemic, we're in a place to make big choices."

Snider has a poetic way of eliding art with society at large, drawing connections between the content and production of Dear San Francisco and her aspirations for the city itself.

"I want to feel better about the community," she says before pointing out the flexibility of landlords in providing initial six-month leases for housing for the show's international cast of nine. "People have wanted to help. And I want us to become a place that feeds into the cultural infrastructure of the city."

Snider points out that, as Club Fugazi has been undergoing reconstruction, the cast has rehearsed at the San Francisco Circus Center in the Panhandle, beginning to build connections and potential collaborations for themselves and Dear San Francisco. 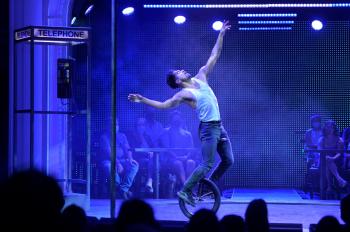 "We're able to pay our performers enough to live on, but they're going to be doing other work while they're here, including teaching and coaching. The career of a circus performer has an expiration date on it, so they need to do other things, including training the next generations of performers, who might eventually become part of Dear San Francisco. We want to be part of an ecosystem that's constantly morphing."

Thematically, in addition to acrobatics that abstractly evoke pivotal moments in local history, the show builds on the cast's own stories and their experiences in the city.

"There's nothing plug and play about it," says Snider, "We haven't hired circus acts and stuck them into a review. We're creating original material that's build around the performers we're working with."

Four of those performers, including Bella Diaz —a queer movement artist originally from Chicago who studied with the Joffrey Ballet and has toured with Pilobolus— were working with Snider just prior to the pandemic on a show created for the launch of the Virgin Voyages cruise line and its flagship, the Scarlet Lady.

"We premiered Ships in the Night in England to celebrate the launch," recalls Diaz, "and then we were going to perform it onboard for a year. We were actually on the ship's first Atlantic crossing, in the middle of the ocean, when we were told that everything was going to shut down."

Now, they're rebuilding their careers from a shared apartment in Fisherman's Wharf, walking to work in North Beach each day and seeing San Francisco with an optimistic, constructive vision shared by their directors.

"It feels so good to be here," says Diaz. "Whatever talents we bring, they're down to work into the show. It's been so long since work hasn't had me travelling all the time. It will be so nice to really get engaged in a city. My original contract is for the first six months of the show, but I think I'm going to sign on to stay longer."