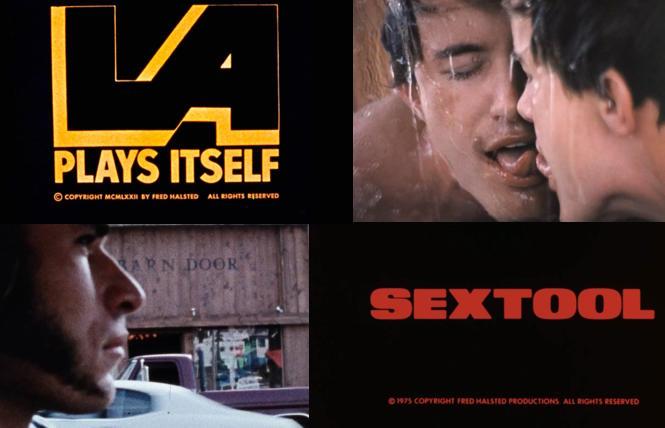 What are the cinematic boundaries between art and pornography? Here in the Bay Area, the lines have been blurred for decades before the straight flick Deep Throat became trendy.

In gay erotica, the earliest feature works by directors like Wakefield Poole and Joe Gage were well received in their premieres, and most are considered classics.

The films have been restored in 4K format, and should provide a special frisson to the usual fare screened at the theaters. Every bit of grit and jump-cut style (in shades of Warhol and Kenneth Anger) will be on display, including some bondage and rough sex amid pontificating dialogue.

Let's be clear. These weren't just slapped together loops and found footage. There was a point to the artistry. A bit of description of L.A. Plays Itself in the PR materials:

"Halsted's elliptical, evasive anti-narrative begins in the lush greenery of the natural world before being literally bulldozed into the center of a grimy, feverish Sodom that deconstructs and erodes the human spirit through vivid sadomasochistic catharsis."

Sextool erratically blends a party of effete queens intercut with their sexual exploits. Auteur Halsted performed in and directed the films, which veer into meta-porn style.

The April 3, 1997 issue of the B.A.R. included a kinder write-up of the two films, and Sex Garage, when they were screened at the Castro Theatre.

"The raggedness of [Halsted's] films, their 'I don't give a fuck!' quality, is their strength, giving them a raw power and immediacy that makes them watchable in a way that the work of his contemporaries isn't."