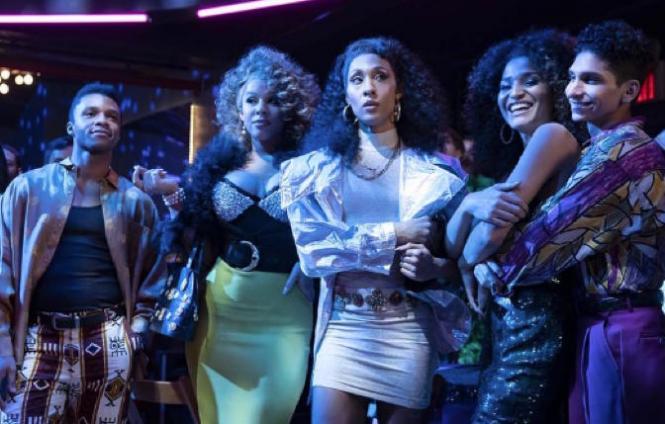 Ruhle Rules
So there we were, watching MSNBC, and Stephanie Ruhle was interviewing West Virginia Gov. Jim Justice. Justice just signed one of those transphobic GOP bills that prohibit trans kids from playing on teams that link to their gender identity.

Ruhle wasn't having it. She asked the inaptly named Justice, "Can you give me one example of a transgender child trying to get an unfair advantage? Just one in your state. You signed a bill about it."

Gov. Justice was flummoxed by the question. He replied, "No, I can't really tell you one." 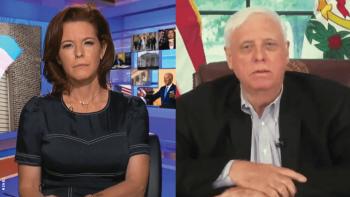 Ruhle didn't let it go, though. She brought receipts, enumerating how WV is ranked near last in education and healthcare, among other major issues. And it remains the opioid abuse capital of the nation. Ruhle wanted to know why Justice had prioritized the anti-trans bill over literally anything else, but all he could do was repeat Republican talking points.

Justice said as a girls' basketball coach, he knew how hard girls worked. He said that "girls and women have worked so hard to get Title IX equity in sports, why would you disadvantage them by letting men [sic] compete against them?"

Men who fought to never allow girls to have any advantage are now suddenly concerned about how girls and women are treated in sports. Please.

Ruhle ended by telling Justice to come back when he had "more than a feeling" about the alleged disadvantages trans kids posed on teams. (For the record, no one ever seems to complain about trans boys playing on boys' teams, but we'll leave that debate for another day.)

Strike That Pose
The final season of the award-winning FX drama Pose begins this week. It will be hard to say goodbye to this groundbreaking series that put so many untold gay and trans stories on screen for the first time. On April 29, New York opened a not-quite-post-pandemic red carpet for the premiere and it was something. 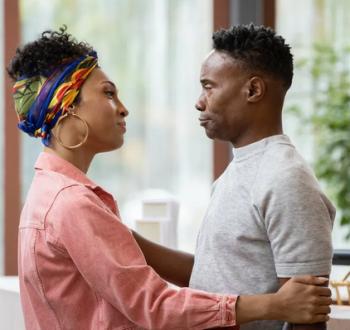 "We're coming in with a bang!" Rodriguez, who plays Blanca, the mother every gay or trans child should have, told The Hollywood Reporter. "Pose, baby."

For so many of us who lived through the most terrible days of the AIDS crisis that was so heartbreakingly recorded on these very pages, Pose felt like the first true story of our lives—and our deaths. The breadth of this series as it transitioned from ball culture to AIDS crisis to activism has been so deeply personal.

"To me, it's always been more than a show," Pose creator Ryan Murphy said at the premiere. "It's a movement."

The resonance of each new piece of this history was both a gut-punch and an "oh yes!" When Pray Tell (Billy Porter) picks up that food tray left on the floor outside his lover's hospital room. How many times did we witness that scene in real life? Or that emotional roller coaster of Angel's (Indya Moore) affair with a straight married man from the suburbs? These and so many other moments were seared onto our hearts with Pose.

Season 3 takes place in 1994, with Blanca struggling to balance being a mother with being a present partner to her new love and her latest role as a nurse's aide.

As AIDS becomes the leading cause of death for Americans aged 25 to 44, Pray Tell, who was diagnosed in Season 1, contends with unexpected health issues.

And then the artists must deal with the emergence of a vicious new upstart house, which forces the House of Evangelista members to contemplate their legacy.

"I hope that this show can empower the ones behind us, the queer ones behind us," Porter told The Hollywood Reporter. "They see representation of themselves, and they can move through the world and into the world empowered and know that they are enough just as they are and to dream the impossible. You can be anything you want to be."

Amen. It's a lot. Be prepped to weep, cheer and say goodbye. On FX and Hulu.

Mare of Easttown
The setting of HBO's fantastic new crime thriller series, Mare of Easttown is our home turf, so jarring though it was at first to have Kate Winslet's lovely clipped British accent replaced with the local Philly accent our mother painstakingly drilled out of us from toddlerhood, there is a familiarity to it that is oddly comforting in this raw and driven series. 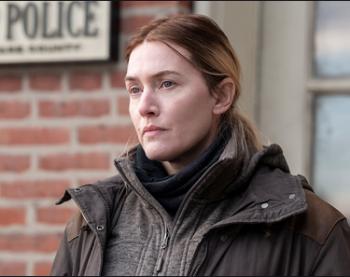 Kate Winslet in 'Mare of Easttown'

Winslet is oh-so-good as the eponymous Mare of the fictional Easttown, a largely working-class suburb outside Philadelphia where Mare Sheehan is a detective in the down-trodden, depressed and somewhat screwed up tradition of most detectives we have loved.

Mare is investigating the recent murder of a single mother while trying to keep her own life from falling apart. Once a local hero, having been the star of a high-school basketball championship game 25 years ago, Mare has fallen on rough times. She's been trying to solve a different murder case for a year, with little success.

Her personal life is a pain-wracked mess that includes a divorce, a son who killed himself, a heroin-addicted daughter-in-law battling for custody of Mare's grandson and a daughter with issues that include being gay.

This is a thoroughly engrossing drama that is a tour de force for Winslet who embodies the pure hell of being mired in trauma while trying to keep everyone else in one piece.

This is a must-watch for the nuanced story telling, superb acting, and all the claustrophobia of what happens in a closed society when one is trying to live a real and authentic life.

Elliot Page: "It is life-saving"
Elliot Page, Oscar-nominated star of Juno and Inception and star of The Umbrella Academy, has done a powerful interview with Oprah for her new Apple TV+ show.

Page echoed what so many trans people have said after transitioning. He explained how after surgery, it was incidental things, like wearing a T-shirt, having a towel around his waist after a shower or touching his chest, that made him "feel comfortable in my body for probably the first time." 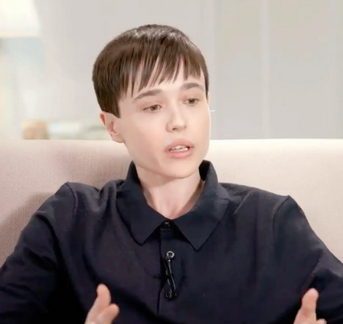 Page said that his surgery has given him a whole new sense of self "because it is such a freeing, freeing experience."

Page added, "This is incredibly new. I feel like I haven't gotten to be myself since I was 10 years old."

The actor leaned in to tell Oprah, "I want people to know that not only has it been life-changing for me, I do believe it is life-saving and it's the case for so many people."

Watch the whole interview, which premiered April 30, on Apple TV+. But bring tissues, because it is a deeply emotional experience. Brave, honest and so, so powerful.

Crip Camp Redux
We know the weird Academy Awards are well and truly over, but just as folks are still writing about Chadwick Boseman being cheated of his last chance to win an Oscar, we want to note how intolerably wrong-headed it was for the Academy to neglect Crip Camp as Best Documentary feature. 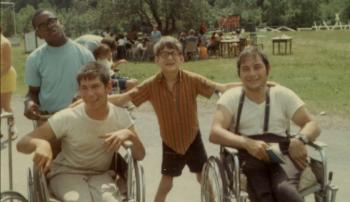 There are 81 million disabled Americans. (A disproportionate number are LGBTQ, too.) Crip Camp is a film documenting the disability rights movement. There really is no conceivable way to overstate the importance of this film as an entrée into and recording of that story.

The rage and pain evidenced on Twitter after the award was announced and Crip Camp lost to My Octopus Teacher was palpable as it was massive.

America erases and dismisses disabled Americans every day. Crip Camp is a film about the fight to be seen and recognized and valued. The Academy also didn't split the screen during the documentary presentation, so we didn't see Deaf actress Marlee Matlin signing, we only heard her interpreter, a man.

This was an epic fail and lost opportunity to raise up America's largest minority. And yet another reminder that the non-disabled are so ableist that they saw and felt the humanity of an octopus more keenly than that of millions of disabled humans. You can watch Crip Camp on Netflix. So for the various vicissitudes and the subliminally sublime, you know you really must stay tuned.

Space, grace, erased: The Lavender Tube on 'Pose,' 'For All Mankind' & trans erasure in news
Sign up!