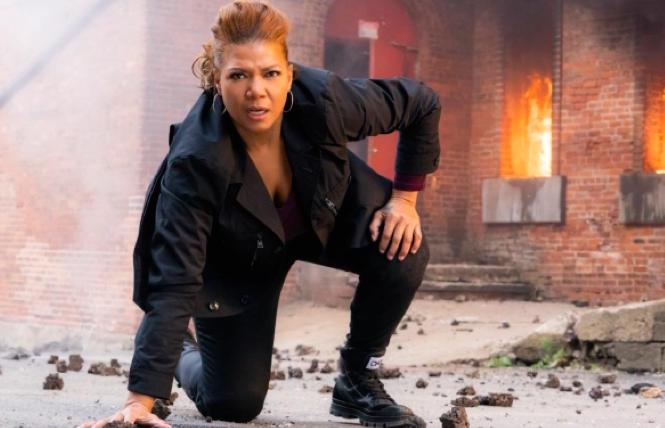 Queen Latifah in 'The Equalizer'

Forget the Super Bowl ads. Our fave TV spots last week were on C-SPAN, with Madame Vice President and Secretary Pete. Watching Kamala Harris gavel in that 51st vote in the Senate on Feb. 5 for the COVID-19 relief bill was absolutely awesome. Black Herstory made.

And watching President Biden swear in Pete Buttigieg, with husband Chasten at his side, brought a tear to our eye. We could really get used to this whole queer-and-trans-people-matter thing Biden and Harris are doing.

The Equalizer
We celebrate Queen Latifah every month of the year, not just during Black History Month. You can review her magnificence in Chicago on Hulu and Amazon Prime and watch her fabulous portrayal of Bessie Smith in lesbian filmmaker Dee Rees's brilliant Bessie on HBO Max.

CBS's new action drama The Equalizer, is a reboot of the 1980s series starring Edward Woodward as a vigilante for justice. Denzel Washington took on the role in two films. Now it's Queen Latifah's turn and she is, unsurprisingly, masterful. CBS is the cop procedurals network, so The Equalizer fits neatly into their Sunday night line up, positioned before NCIS: Los Angeles and NCIS: New Orleans. The series debuted after the SuperBowl for maximum viewership.

Latifah plays Robyn McCall, a former intelligence operative for the CIA. CBS describes McCall as a woman with "a mysterious background who uses her extensive skills to help those with nowhere else to turn, acting as a guardian angel and a defender for those who cannot defend themselves, while pursuing her own redemption."

What we see is a McCall who is by turns angry and world-weary: the government was not doing the job she thought it should getting the bad guys. So she quit her job and took up a new one. "I'm the one you call when you can't call 911," she says to a young woman whose life she saves one night. McCall's new "work" does not go unnoticed, as her former CIA boss tells her.

She doesn't care. "Everybody's playing chess, nobody's thinking about the living, breathing pieces that we sacrifice along the way," she tells ex-CIA director William Bishop, when he confronts her.

Bishop, played by Chris Noth, brings his own issues to the table. Noth, a veteran of Law & Order, slips nicely into the good cop/bad cop all in one cop role, and as such is a perfect foil for Latifah's McCall.

McCall lives with her teenage daughter, Delilah (Laya DeLeon Hayes, who is terrific) and Aunt Viola (the wonderful Lorraine Toussaint). She has a squad of sorts—think NBC's Blindspot or CBS's fantastic Person of Interest —with a former agency sharpshooter, Melody (Liza Lapira) and her hacker husband, Harry (Adam Goldberg).

Come for the Queen, stay for the oh-so-necessary justice, as we all have a little touch of the vigilante after four years of Trump and the GOP. 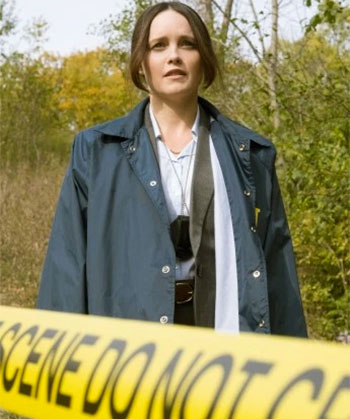 Clarice
CBS's new series, Clarice, is a psychological horror series that picks up where Jonathan Demme's Oscar-winning film The Silence of the Lambs ended. It's 1993 and CIA agent Clarice Starling (Rebecca Breeds) returns to the field to pursue serial killers and sexual predators while navigating the political drama—and danger--of Washington, D.C. But she is suffering from PTSD and when Attorney General Ruth Martin (Jayne Atkinson) taps her for a key role on a serial killer task force, it's unclear if Clarice is up to the job.

The series is meant to unpack what we didn't see in the film, but which was intimated: Clarice has a disturbing backstory that goes well beyond her search for serial killer Buffalo Bill and that pivotal moment where she reveals the meaning of the film's title to Hannibal Lecter.

CBS says "Clarice's bravery gives her an inner light that draws monsters and madmen to her. Her complex psychological makeup that comes from a challenging childhood empowers her to begin to find her voice while working in a man's world, as well as escape the family secrets that have haunted her throughout her life."

That's a lot. And Clarice struggles with which path to take: is this a plodding CBS police procedural like Blue Bloods or an epic psychological thriller like the brilliant Evil or a feminist take-down like The Good Fight?

Clarice has the potential for a combination of the latter two, and creators Alex Hurtzman and Jenny Lumet (yes, that Lumet) have a clear vision. This is not warmed-over torture-women-for-an-hour-each-week Criminal Minds, thank the goddess.

What the show does illumine is the stultifying sexism of Mindhunter that is both central to the time and also alarmingly du jour. Clarice has to battle this constantly, at every level. She is always being mansplained and second-guessed.

Breeds brings a vulnerability mixed with feminist outrage to the lead role that is engaging and draws the viewer in. There were intimations of lesbianism in Silence of the Lambs. Whether that carries through in the series remains to be seen.

If CBS were smart, they would put Clarice and The Equalizer together and bring back Evil for a night of empowered women fighting crime. But they aren't, so they won't. Still, Clarice is worth a look. With Kal Penn, Devyn Tyler, Nick Sandow and Michael Cudlitz, who played the gay cop in Southland. Atkinson and Cudlitz were also in The Silence of the Lambs. 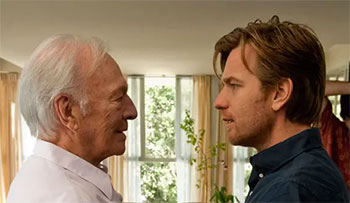 Beginners
Finally, Christopher Plummer died on Feb. 5 at 91. He was the consummate actor—suave, handsome, debonair, with a mellifluous voice. He was also one of those fundamentally decent actors who we tend not to hear much about.

In 2011, at 81, he took on the role of Hal, a gay man who comes out after his wife of 45 years dies. In Beginners, Hal finds a younger boyfriend, throws parties, and visits dance clubs, sharing his adventures with his very confused adult son, Oliver (Ewan McGregor).

Plummer told NPR at the time, "I adored the part and I thought it was so well written and so unsentimental and brave and witty and free... It was tackled with such humanity and sweetness and fun."

Plummer won a Best Supporting Actor Oscar for his role, along with more than a dozen other awards, including Golden Globe and SAG awards. Beginners is available on HBO Max and many of Plummer's other films are available on Netflix and Amazon.

So for the sweet and the savory, the change-makers and the changed, you really must stay tuned.

2020's hindsight: The Lavender Tube's year in review
Sign up!