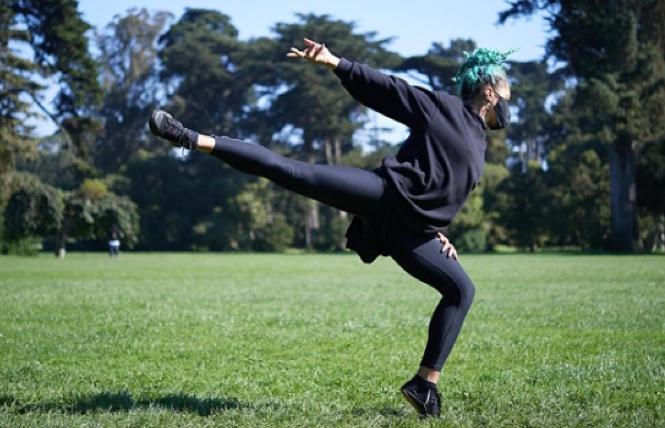 dancer Jenna Marie in Ben Needham-Wood's 'What the Body Holds'

The always innovative Amy Seiwert's Imagery will premiere the fourth dance film as part of the Sketch Films series online January 15. Choreographer Ben Needham-Wood's What the Body Holds was created with filmmaker Matthew McKee and focuses on dancer Jenna Marie.

The work's dramatic theme focuses on domestic violence inspired by advocate Svetlan Pivchik and her 15 years spent assisting San Francisco's Survivor Restoration Program. What the Body Holds and the program's three other dance films can be viewed online, where donations are appreciated.

Believe me, as a former modern dancer, I can attest that it is the most demanding art form, requiring a literal full-bodied focus to create and perform. So, when a choreographer decides to focus on an important issue that effects bodies and spirits, it's worth viewing, not just because of the two main artists' impressive accomplishments. 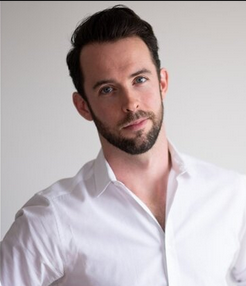 Choreographer Needham-Wood worked for several years as a Company Artist for Louisville Ballet. He has also performed as a guest artist with several companies, including: SFDanceworks, Appalachian Ballet Company, Dance China New York, Dayton Ballet, Fort Wayne Ballet, and Bruce Wood Dance Project. In 2013, he joined Smuin Contemporary Ballet, where, along with creating his own dances, he added multiple guest-choreographers' works to the company's repertory. Needham-Wood won a 2019 Isadora Duncan Award for his featured pas de deux in Amy Seiwert's Renaissance.

Dancer Jenna Marie's many credits include being a scholarship student at The Ailey School, and becoming a member of Ailey II under the direction of Sylvia Waters. Following Ailey II, Jenna was a member of Complexions Contemporary Ballet, Nai Ni Chen Dance Company, Momix, The Metropolitan Opera and Ballet Hispanico. Locally, she dances with Post: Ballet and Robert Moses' Kin, and has danced in film projects by Nile Rodgers, Betsey Johnson, and oh, yes, Beyoncé.

Following the screening, a conversation with Beverly Upton, the Executive Director of San Francisco Domestic Violence Consortium, and an interactive Q&A with the artists, will be included.

Check out the Sketch Films dances at www.asimagery.org/sketchfilms