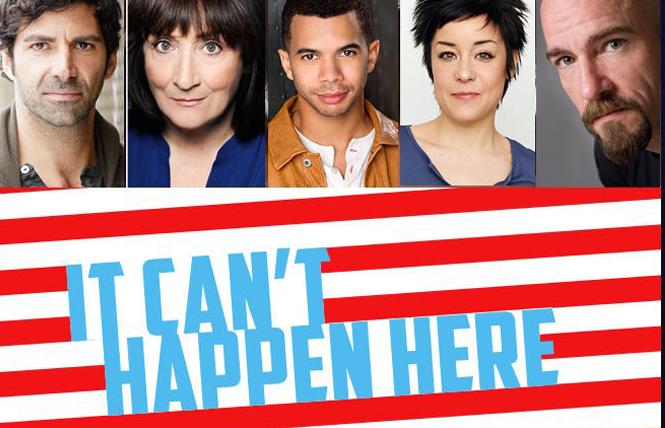 The most unusual new theater season in ages is now officially underway at Bay Area companies. The unexpected shift from in-person performance to video, audio and hybrid virtual formats began back on March 12, after San Francisco Mayor London Breed and other municipal leaders throughout the region began issuing a series of ever smaller limits on the sizes of public gatherings.

Just one night before, American Conservatory Theatre had celebrated the opening of Toni Stone, Lydia Diamond's thrilling play about Negro League baseball, only to have to shut the show down and pivot to streaming a videotaped performance.

Yes, there are relatively straightforward live-streamed productions, but theater fans can also discover audio adaptations of works initially planned for the stage, newly commissioned work especially tailored to audio and videoconferencing formats, and productions specifically mounted with multiple-camera filming in mind, allowing for a different audience perspective than a proscenium stage allows. 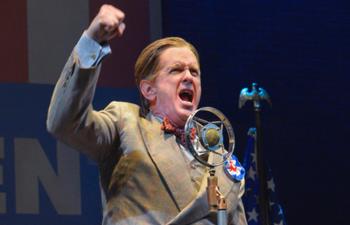 David Kelly reprises his role as the Trumpian president in Berkeley Rep's audio adaptation of its 2016 stage play 'It Can't Happen Here.'

"We're not used to filming things," said Jasson Minadakis, artistic director of the Marin Theatre Company, in an interview with the Bay Area Reporter last week. "But it's important to me that we not even try to become a TV or film company. We don't want to just do plays that can be digitally recorded. I'm interested in working out ways to maintain theatricality, to evolve theater into the digital sphere."

To that end, Marin Theatre Company didn't rush to generate new content after cancelling its final two productions of last season, instead thinking long and hard about theatrical creativity within pandemic-imposed parameters. The result is the most technologically varied slate of upcoming shows, beginning with this month's play-as-game show political satire, American Dreams, which leverages teleconference technology to have audiences vote on outcomes.

The new year will find MTC bringing creatives back together for in-theater rehearsals of new work by Lauren Gunderson, while audiences will remain remote during performances; and, most ambitiously, next April's The Brilliant Mind of Yusef El Musri will weave together live-streaming, recorded segments and audience input for a gaming-influenced choose-your-own-adventure tinged experience.
www.marintheatre.org

Where Minadakis chose to hold back and ponder his next moves when pandemic restrictions set in, another Bay Area theater leader opted to power his way forward in a frenzy of new production. In addition to being the artistic director of the queer Theatre Rhinoceros, John Fisher is an accomplished actor and prolific writer himself. That prolificity has been on crazed display since late March, when Fisher gave himself the questionably sane challenge of writing and mounting a new solo production every week in a series he calls Essential Services.

"It's my way of not feeling totally cut off from the world," says Fisher, "And to be honest, while I hate to say it in a way, its made me feel very focused and happy during what in so many other ways is a very unhappy time."

Sometimes playing fictional characters, like an American tourist in several travel-themed pieces, other times presenting entertaining lecture/essays on historic figures, including gay architect Philip Johnson and activist Frank Kameny, and occasionally veering into esoteric silliness, Fisher continues to begin work on a new piece every Friday, researching, writing and rehearsing for a live-stream the following Thursday. This week, Fisher presents his tribute to New York piano bar Marie's Crisis. All of Fisher's coronalogues are archived and available for free streaming at www.therhino.org 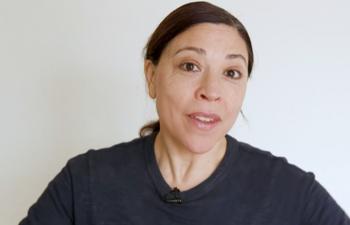 In addition to his solo work, Fisher has been scheduling a season of new Rhino productions, all of which will be live-streamed for limited runs. Berkeley Rep, the American Conservatory Theater, New Conservatory Theatre Company, Aurora Theatre and Shotgun Players are among the other Bay Area producers who have intriguing new work in the months ahead, pandemic be damned.

Below, some highlights of the local theater scene through the end of this year.


From October 23
The Flats, produced by the Aurora Theatre Company; audio serial on-demand. $20.
The three episodes of this highly anticipated collaboration between top Bay Area playwrights Lauren Gunderson, Cleavon Smith and Jonathan Spector will be released on three consecutive Fridays, then each will remain available for an open-ended streaming run. A single ticket covers all three segments, which focus on the diverse residents of a Berkeley triplex who find themselves sheltering-in-place due to a mysterious threat. www.auroratheatre.org 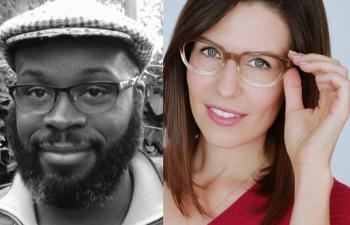 Cleavon Smith and Lauren Gunderson, two of three local playwrights who collaborated on 'The Flats' for Aurora Theatre

Through November 8
It Can't Happen Here, produced by the Berkeley Rep; audio on demand. Free.
Four years ago, the Berkeley Rep mounted its stage adaptation of Sinclair Lewis' satirical 1935 novel about a fascist demagogue, Buzz Windrip, who becomes president of the United States. A week after the production closed, it was proven prescient. In a re-adaptation of their play, writers Tony Taccone and Bennett S. Cohen have configured the drama into an episodic audio play in four installments of approximately 30 minutes each. David Straithairn, of ubiquitous gravitas in television and film, plays Windrip's liberal foe. Recorded live on October 13, the four episodes are now posted for streaming at http://bit.ly/CantHappenHereBAR 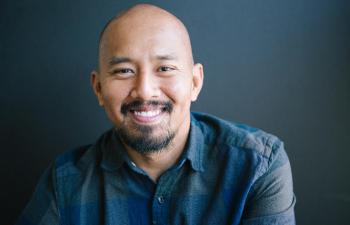 Through November 18
The Law of Attraction, produced by the New Conservatory Theatre Company, audio on demand; pay-what-you-wish.
Developed as a world premiere stage production for NCTC's 2020-21 season, playwright Patricia Milton has gamely rewritten her zingy comedy about self-help gurus and queer romance as an audio play. B.A.R. had an advanced listen and is pleased to report that the show's cast of four, under the spritely direction of Nikki Meñez, has splendid comic timing and that the slightly silly play is an ideal tonic for yet another night at home during this long pandemic haul.

Playing Peter, a self-involved banker who turns out to be a common thread between the other characters, Matt Weimer has a remarkably distinctive radio-friendly voice that will be instantly recognizable to audience members who have seen him in excellent local productions of How To Transcend A Happy Marriage and The Goat. And in a terrific of-the-moment joke, the audio production includes an 'intermission' segment between its two acts, in which a fatuous bartender chats with a patron in a sonic recreation of NCTC's Van Ness Avenue theater. www.nctcsf.org 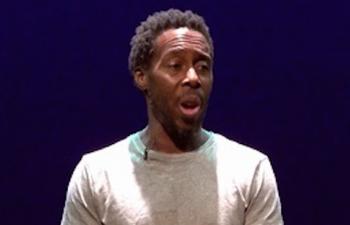 November 13-22
Overlooked Latinas, produced by Theatre Rhinoceros; video live-streaming, Fri-Sat, 8pm; Sun. 1pm. $25.
The Rhino is dedicating its 2020-21 mainstage productions to stories of Latinx and African-American queers, starting with this solo comedy about the (fictional) butch dyke creator of a network television series about the history of Latinx movie stars. www.therhino.org

November 28 - December 25
The Jewelry Box, produced by San Francisco Playhouse; video on-demand. $15-$100.
Homegrown treasure Brian Copeland began his career as a stand-up comic, touring clubs nationally and eventually opening for the likes of Aretha Franklin and The Temptations. Beginning in 2004, Copeland shifted his focus to long-form narrative solo performances, as rich in insight as they are in laughs.

While some of his autobiographical work can be harrowing, The Jewelry Box (developed and previously performed at the Marsh), is an accessible holiday show in which Copeland recalls his six-year-old self trying to scrape together the money to buy his mother a perfect Christmas gift. http://bit.ly/JewelryBoxBAR

December 4 - 31
A Christmas Carol, On-Air, produced by American Conservatory Theater; audio on-demand. $40-$60, includes a family games and activity book.
For the past 43 years, A.C.T.'s annual production of Dickens' classic has been a seasonal touchstone for San Francisco audiences. This year, director/adaptor Peter Kuo brings the show home for the holidays, transforming the ghostly stage magic into a feast for the imagination in a reimagining of the show as an old-fashioned radio play. The cast includes many stalwart members, including James Carpenter as Scrooge. Afficionadoes of the ACT stage version will take special delight in this all-sonic celebration of the season. www.act-sf.org

December 12 - 31
From Blues to Broadway, produced by San Francisco Playhouse; video on-demand. $15-$100.
This holiday revue, to be recorded live on stage, draws on a wide range of musical genres to showcase the sounds of the season. Musical director Dave Dobrusky is a consistently impressive arranger and conductor and it should be fun to see him shape a show without a book. http://bit.ly/BluesBwayBAR

Theatre Rhino charges ahead in new season
Sign up!