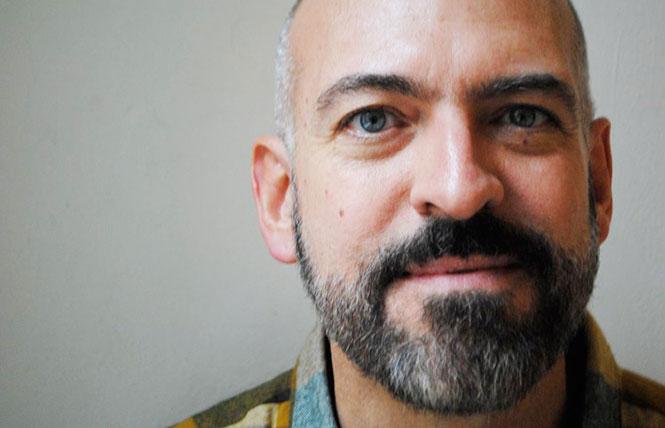 Acclaimed fiction writer and memoirist Paul Lisicky puts his heart on the page in Later: My Life at the Edge of the World, a new memoir chronicling his searching youth in the 1990s while living at the very tip of eastern Massachusetts: the quaint, queer-centric seaside hamlet of Provincetown.

He begins with a departure from the home he grew up in to embrace the new adventure of a post-grad seven-month writing residency fellowship in Provincetown. He tearfully leaves behind his mother, a beloved woman fearful of her gay son "living among my kind" in an era decades from PrEP therapy while still mourning and recoiling from the scourge of the AIDS epidemic.

His queer youth in the 1990s is eloquently demarcated here in a memoir which openly shares anecdotes as passionately and intensively as a long-lost friend fills in the precious details of their missing years with the other. 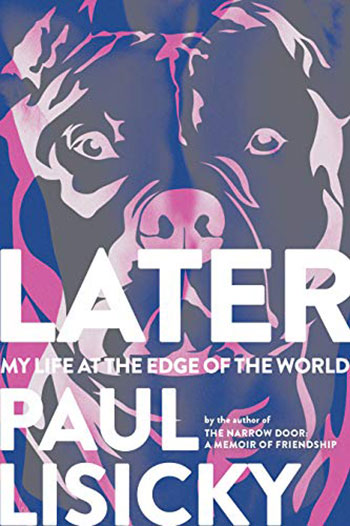 The memoir is also a tribute to the gorgeous resort community of Provincetown, Mass., where many of Lisicky's books are set, its eternal allegiance to the whims of New England weather patterns, the steamy stifling summers, the men, the clubs, the allure and secrecy of the dunes, the ocean, the sun, and the brilliant artist community, of which Lisicky continues to be a vibrant part of.

He writes his memoir with the delicate weight and meticulous care of a poet. The descriptions urge the reader to form pictures: the everyday ebb and flow of the Commercial Street thoroughfare where people's voices "swell and boom and laugh in a way that is not just for the people in front of them but also for those outside that circle"; or the Provincetown summers that are oppressively humid day and night and "quiet only after 4 a.m. when I'll see a lone guy walking home from the Boatyard." Or his claustrophobic apartment or the nameless strangers under the midnight-black "Dick Dock" exchanging forbidden pleasures kneeling in the sand.

But his prose also conjures memories of a darker time, the 1990s, when the shadow of HIV infection and its accompanying death sentence spread fear, paranoia, and a sense of physical scrutiny across a community already besieged by rampant homophobia.

He writes about the gray, sullen "AIDSy" appearance of men in town and of the many greetings made to acquaintances, always careful not to be condescending or flinch when leaning in for hugs and kisses.

Glancing back at those days becomes easier with each passing decade, though some things are so ingrained; Lisicky comments that even now, through his twenty-first century lens, he is careful not to offend.

"When I kiss a positive man in a friendly greeting, I make sure he doesn't see me stiffen or hold back even a little, even though he'd probably read that as just another stance toward him," the author writes. "The truth is, he's probably quite used to it. He's ten times tougher than any of us think."

Lisicky's beautifully self-aware memoir is most striking for its heartfelt prose brimming with yearning, nostalgia, satisfaction, lust, sadness, and the unbreakable solidarity of a seaside resort's year-round residents.

There's also a certain sense of heartbreak that lifts off the page and makes contact with the reader, both akin to a hot summer breeze slapping the cheeks or a frigid winter squall rendering one inescapably breathless.