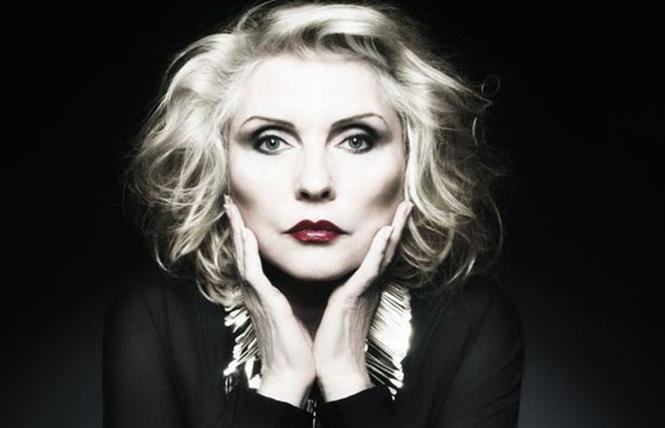 Blondie cofounders Debbie Harry and Chris Stein were guests at the Arts & Ideas series hosted by the Jewish Community Center on October 3. Attendees at the sold-out event (with TV monitor-viewing outside the Kanbar Theatre for additional fans) enjoyed the amusing tales and anecdotes that Stein and Harry shared.

The duo talked about the new book, Face It, Harry's memoir and visual hybrid of historic photos and fan art, co-written with music writer Sylvie Simmons, who was in the audience.

The musicians (once partnered, now friends) amused the audience with their occasional inability to recall distant events. The pair remained authentic and amused by Roth's questions.

For those too young or emerging from under a rock, Blondie burst onto the music scene in New York City in the late 1970s after Harry and Stein left an earlier band, The Stilettos.

With international hits like "Call Me," "Heart of Glass," and "Rapture," the band became one of the '70s and '80s many multi-million-selling bands. 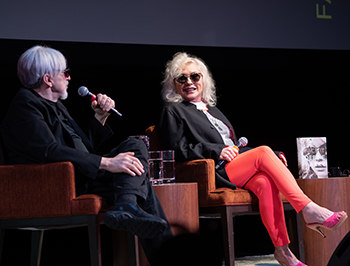 After Stein took ill with an autoimmune disease, the band shut down for years, but in recent years re-emerged as a live concert favorite for young and old. The band was inducted into the Rock and Roll Hall of fame in 2006.

In the book, Harry clarifies how her persona changed the shape of women in music.
"I was saying things in songs that female singers didn't really say back then," she said. "I wasn't submissive or begging him to come back. I was kicking his ass, kicking him out, kicking my own ass too. My Blondie character was an inflatable doll but with a dark, provocative, aggressive side. I was playing it up, yet I was very serious."

At the talk, however, Harry remained authentic and real. Inspiration for some of their hit songs was explained by Harry.

For the song "Call Me," the band collaborated with Giorgio Moroder for the lead soundtrack song in director Paul Schrader's American Gigolo.

"We watched an early edit, and I was struck by the color palette of the film, the fashion and clothes," said Harry.

Fashion has played a part of the image of Blondie, specifically Harry's evolution from punk style to New Wave pop and beyond, which is visualized the photo-filled book Face It. 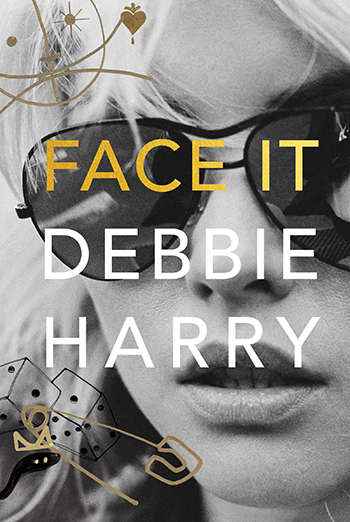 The band's connection to nightlife, drag and gay communities goes back decades, and was highlighted with a few projected photos, as well as Stein's memories of Studio 54.

"The [former theatre's] balcony was for sex. The basement was for drugs."

Harry recalled her nightlife days, dabbling with cocaine, with other rocks stars snorting up a gram of what she thought would last her a full band tour.

Her friend Grace Jones inspired a few stories, including spending hours with Jones and her family before a concert. And what of Jones' alleged baby shower?

"She had a party at Studio 54, and she was pregnant, but I wouldn't call it a baby shower," Harry deadpanned.

After a short clip from Hairspray, where Harry's character's wig explodes, the singer-actor recalled her time spent with Divine. "He was very strong, and very professional."

Asked about another gay icon of the arts and performance scene who was a part of their New York lives, Stein said the greatest misconception about their friend Andy Warhol was that he was 'mean.'

"He was very nice, and curious, and generous with new talents," Harry said, calling Warhol "a magnetic force."

More memories were recalled in the brief Q&A session.

After the talk, as VIP ticketholders enjoyed a meet and greet with Harry and Stein, patrons enjoyed Blondies (vanilla brownies) in the specious JCC lobby that included sound domes playing Blondie hits.