Pass it on - Leather gear and personal legacy 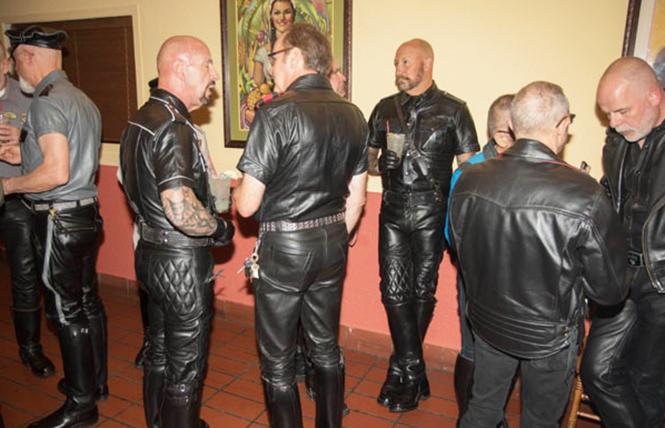 This past week anyone who even casually scanned social media would have seen a flurry of memes and commentary about Marie Kondo and her "tidying" message now being made widely accessible through her Netflix show.

In true American consumerism fashion, masses of people piled on Kondo's tidying message with piranha frenzy, especially when they misinterpreted her suggestion about reducing one's book collection. You would have thought she had directed us all to cut off a leg.

What people did was superficially snap judgment her message with barely an iota of understanding of her method's true core values and principles. Falling prey to such group-think is easy.

Thankfully, a friend pointed me to a beautiful article by author Margaret Dilloway in the Huffington Post. Dilloway drills through the veneer of the more obvious traits of Ms. Kondo's tidying strategies and offers us their roots in the lovely Japanese Shinto religion.

Part of Shinto's culture is to imbue objects with their own dignity and specialness. Flowing naturally from the honoring of objects this way is also respecting where we live and work, and therefore the people therein, with a similar type of specialness.

Rather than Kondo's method being one of simply discarding an unwanted item, she suggests giving sincere thanks to the object and passing it on to others if possible, to be put to better use elsewhere, perhaps bringing joy to a new owner.

Halfway through reading Dilloway's article it struck me that the leather communities have had a longstanding practice of passing down leathers, gear and treasured objects to others as a way of letting a valued possession experience new life with a new caretaker.

While I sometimes bristle at any sort of magical spirituality, the Shinto notion that spirits (kami) inhabit everyone and everything resonates nicely with how I've felt when I've worn or used something passed down to me from someone else. 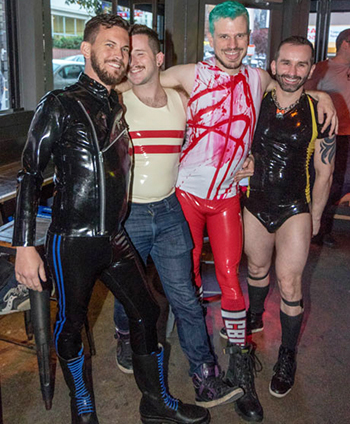 The joy and pleasure it has brought to me and others in the past trickle into the scene in which I'm using it and accentuates the pleasure for me, and I hope the other person. Even just seeing it rolled up in my toy bag elicits loving memories.

Similar feelings emerge when I wear the vest of my late submissive. When I don it, he's with me, close to my skin, hugging me with a leather embrace that makes me smile. Objects can serve as remembrances that allow our memories to live on more robustly and vividly.

I've passed down things to scene newcomers and they've reported that it's helped them feel they truly belong to the kinship of kinksters, territory that's tricky to navigate for those new to our style of sex and socialization.

Perhaps such objects are indeed populated by spirits — spirits of leathermen, some long gone and some still with us. Or perhaps they just conjure such imaginary spirits in my own mind. Ultimately, I don't know and don't really care. The result is still an experience elevated by the veneration for the history of the object itself and that's fine by me.

There is no reason to not include the specialness of the objects we use and wear as part of those useful constructs. If we accept that what we hold special and dear need not be considered special and dear to others, there's no need to not revel in whatever makes our sexualities more fulfilling.

Our leather scene is replete with ceremonies, contests and awards at which people are publicly recognized. All communities have such things. However, I think they all pale in comparison to the private passing down of something to another in the hopes that it will make them a bit happier, a bit more turned on, or a bit more confident.

Leather Events are at https://www.ebar.com/bartab/leather-kink