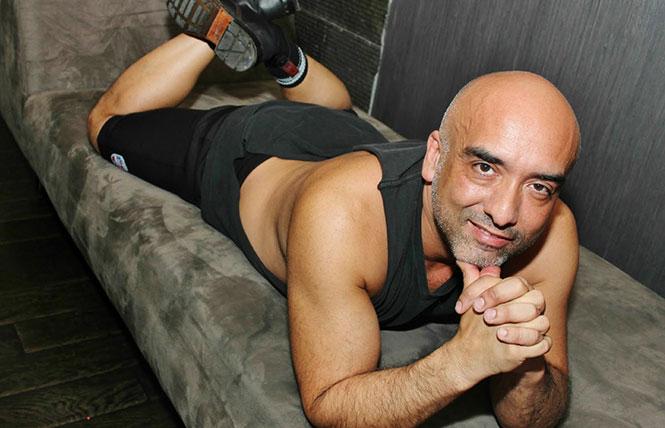 As a Latino man, he has withstood the shifting winds of preconceived notions of what a gay, Latino man should be past the age of 40, because bottom line, a stud is a stud is a stud. The Nob Hill Theatre knows one when it sees one. With his equally bodacious performance partner, Dolph Dietrich, there will be a connection that puts Gay Pride 2018 into The Zone.

What will you and performance partner Dolph Dietrich do on the NHT stage that'll show 'em all how it's done?
Dolph and I have had a year of intersecting paths. I've directed him on a shoot recently. So, now at NHT, we get to connect one-to-one. 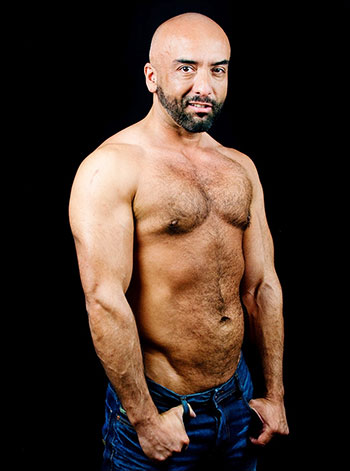 In your career (so far), have you ever been intimidated by a scene partner?
Oddly enough, my most challenging scenes were with my then ex-husband, Shay Michaels. You would presume obvious chemistry, but I really had to really commit to performing to the needs of the director. 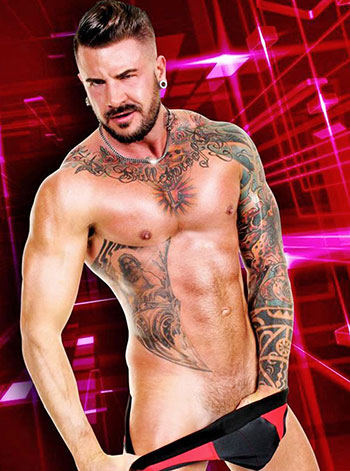 Compare sex in your 20s with sex in your 40s.
With age comes new ways of looking at your impulses. In my 40s, at the end of my day, I don't know if I want sex or a burrito. I guess what I mean by that is that you obsess about sex less and food more (Laughs).

Compare sex with other men in their 40s with sex with younger men, professionally and privately.
Hands down, I'm all about the sexual energy of sexy and confident mature guys. Let's face it, us old guys have had more times at bat!

You've appeared in your share of leather scenes and festivals. What's your reaction to San Francisco establishing an LGBTQ and Leather Cultural District?
It's certainly a question of inclusiveness and common understanding. Yet, establishing a cultural district to accord protections for such a rich and important extension of our community's identity is important.

As a Latino man, what stereotypes, stigmas and discriminations have you encountered in the business and in life?
I've really been fortunate to have not been the subject of stigma and discrimination as a Latino. I think addressing ageism in the industry has been a bigger barrier to opportunity.

What are your thoughts about the Trump administration's immigration and LGBTQ policies?
First of all, I can say that I'm proud to live in the state of California and the city of Palm Springs where we have the benefit and privilege of living with and celebrating diversity. While we are living through one of the most hate-filled and separatist administrations, I am so hopeful for so many heroic leaders that have emerged as a response to those who do not recognize the value of a country that is for all, not some, of the people.

How do you want to see the LGBTQ community evolve in the 21st century, sexually?
Simply, more (pardon the pun) penetration of key political offices.

How do you want to evolve in the 21st century?
I'm working on a documentary about the gay adult industry. Stay tuned...

On your opening night, what will be your thoughts, as the music begins to pump, the audience's hard-ons begin to grow and Dolph begins to touch you the right way?
Simply, pride. That we can let go of anything that holds us back from being who we are, proud of stories and the anticipation of connecting with our audience. And, ultimately, hot sex!