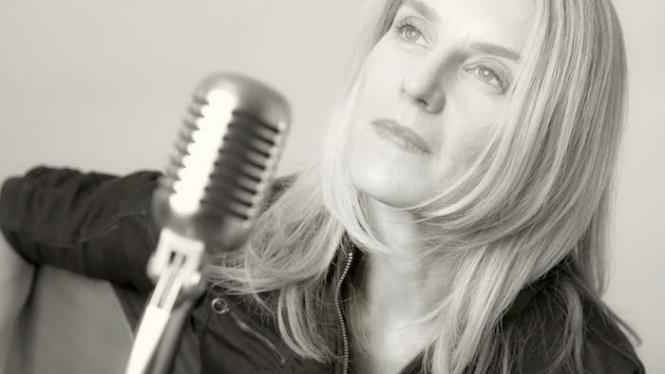 Rachel Garlin's music harkens back to another era. Her soft, gentle voice, poetic lyrics and acoustic guitar conjures up memories of great folk singer/songwriters from a generation ago such as Judy Collins and Joni Mitchell.

On April 3, Garlin's new album, Mondegreens, will be available.

Garlin is an exquisite voice from the LGBTQ community and she and her wife have three children. She was originally scheduled to appear for an album release party at Lost Church on March 27.

That show was cancelled amid Coronavirus concerns, though the album's release is moving forward as planned. In a recent phone chat with the Bay Area Reporter, Garlin shared what inspires her music. At the time she spoke to us, her record release party had not yet been cancelled.

"Some of the artist spaces that are still open are holding on to being open because of the necessity to continue creating art and finding ways to be together even in the period where folks need to take care of their own health and their own needs," she said. "The question of how we can come together in what kinds of spaces is really relevant to all of us. It's interesting to hear the discussion among venues and artists; the fact that it's essential for us to come together and confusing to have the messages be about isolation and distance."

Mondegreens, the title of her new album, refers to a term which was coined back in 1954 when the writer Sylvia Wright explained how she had misheard a lyric when she was a child. It was a poem that she used to hear from her mom. The poem, which was about the Earl of Murray, had a line "and hae layed him on the green" which Wright heard as "Lady Mondegreen."

"And so the idea of a Mondegreen is any misheard lyric from a song or a poem where you hear it your own way and give it new meaning based on your interpretation" Garlin said. "I just learned the word recently and I was thinking about it as a concept; all of the things that we mishear, or all of the things that we interpret our own way and apply new meaning, and the ways that we can take in a piece or art or a poem or a song and be connected to the artist who wrote it or composed it, but also to be connected to our own experience of interpretation."

Garlin pointed to the album's title track, which she said speaks to the experience of singing the wrong words to lyrics, taking the wrong turns in life. 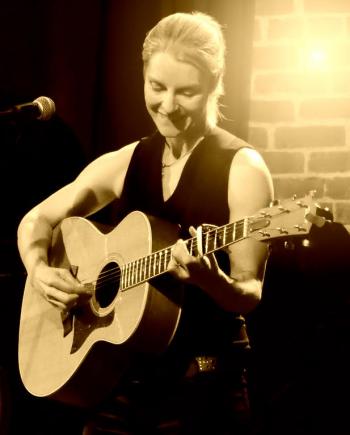 She also spoke of what inspires her folk music sound. Garlin grew up in Berkeley, in what she calls a "folk-infused household." Her family had LPs from artists like Joni Mitchell, The Weavers, Woody Guthrie, and Judy Collins. As a student at Berkeley High School, she listened to The Indigo Girls and went to concerts at the Greek Theater, where she heard a lot of folk musicians.

"I've always been drawn to lyric-based organic music," she said. "I started playing guitar, learning how to cover those kinds of songs, and then began writing my own music and telling stories in a similar way to the folk musicians that I admired."

Garlin is drawn primarily to stories and characters.

"A Joni Mitchell song isn't manufactured in any way," she said. "It's a composition that comes from somebody's heart or soul or mind and you feel something when you hear it."

Common threads
Garlin has heard her new album described as "a love letter to uncertain times and unstable terrains."

"Here we are facing a lot of uncertainty and an album of songs can be a touch point of common threads or even the sadness that we share, the joys that we share, can be expressed in musical vignettes that might connect to somebody else's life," she said.

She noted that she's grateful to live in the Bay Area, where there has always been an LGBTQ community throughout her childhood and young adulthood, and where the LGBTQ voice is present and heard. She feels that the presence of the community has influenced her both as an artist and as a person.

"I'm happy to be in a community that includes people like Julie Wolf, my producer, who is a longstanding member of the music community and who has played and toured with many of the acts that were formative to my own songwriting," Garlin said.

Those acts include The Indigo Girls and Ani DiFranco.

"As producer Julie brought in a community of musicians," Garlin said. "I enjoyed playing with the community that she brought together and I appreciate how she is good at bringing people together and creating a certain type of alchemy in the studio."

Mondegreens features nine original songs and one cover, Don Henley's "The Boys of Summer," which Garlin performs with Wolf and Kate Isenberg. The song is a well-known standard about three guys competing for the attention of a woman.

"Our version —three female voices— opens up space for more than just the typical boy-meets-girl summer love story," Garlin said. "It's a riff on the original 'male gaze' perspective of the song. Kate heard the song playing at Trader Joe's and had the idea that we should cover it at an upcoming show; Julie wrote the arrangement, rich with harmonies. We had fun with it and decided to record it for the album."

Garlin feels that it's important to be an out artist. She doesn't think that society will go back to a time when artists must hide who they are.

"Getting to the place where you're fully out and you can be open in any environment allows for a greater connection, not only with people who have a similar identity, but with everyone. For me being open and out has allowed me to connect with a greater number of people and I think it's important that the art and music that gets passed around comes from a variety of different populations and voices."


Rachel Garlin will one of several musicians performing in a 12-hour online concert March 21, 'I Need Space: A Live Stream Festival from Queers of the Bay' at
https://ineedspace.bandcamp.com/merch/pass-the-hat-festival-donation