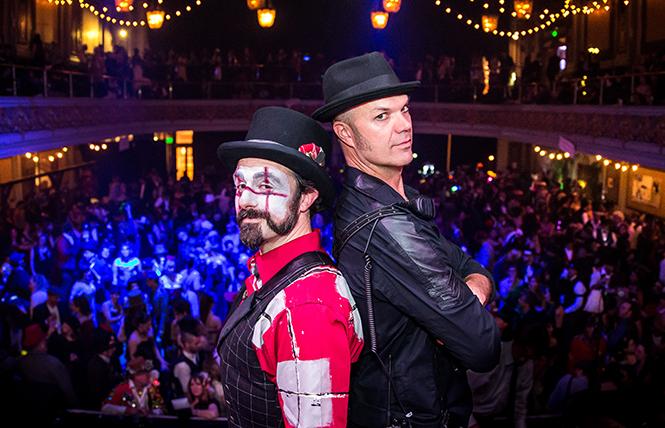 Justin Katz and Mike Gaines, co-producers of The Edwardian Ball, at 2019's event at The regency Ballroom. Photo: Marco Sanchez

On January 24 and 25 the Edwardian Ball returns for its twentieth anniversary. The two-day extravaganza, which takes place at The Regency Ballroom, promises to be a fusion and a celebration of art, music, theater, fashion, technology, and of the creations of the late author and illustrator Edward Gorey (1925-2000), whose darkly humorous work still enchants and mesmerizes people.

The Ball is set in what the producers call a re-imagined Edwardian Era: the elegant years spanning 1901-1910 when King Edward VII ruled England. 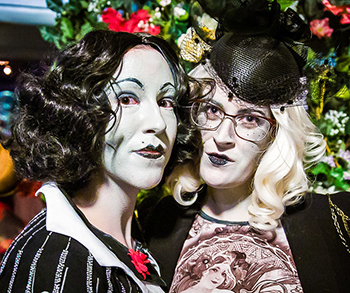 "The Edwardian Ball is an inexact experience in that it is a multi-faceted arts and music and circus and theater festival," said co-producer Justin Katz. "The Edwardian Ball has grown in San Francisco over the past twenty years from its humble beginnings as a celebration of Edward Gorey's work, who we consider our patron saint of the Ball."

From its earliest days, the Ball was framed around Gorey —he was their Edward— and that would give the Ball a playful context for people to give a recreated or re-imagined turn of the century world. The Edwardian era, Katz feels, is a fun way to frame Gorey's name to a more accessible level.

"I think that the Edwardian Era in its own time and context represented a real opening of art and culture," said Katz. "There was a sincere reaching for a diversity in art and culture in the world, and that was reflected in fine art, in music, in theater, and in fashion where influences outside of the Edwardian England that is referenced in this time period were allowed to mix and mingle and cross-pollinate and create a new creative landscape." 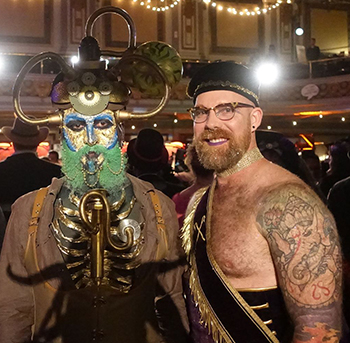 World of wonder
The opening night of the Ball will be what Katz and his co-producer Mike Gaines call a World's Fair.

"The World's Fair harkens back to an era of burgeoning interest in art, science, technology, and all the things that the thought collective of the world and the creative collective had to offer," Katz said. "So when we have our Fair, we aim to create an expo that features those elements, art, science, history and technology into an interactive night of installations and wonders."

Then, on Saturday, the expo is cleared away for a night of ballroom dance and the featured Gorey work of the year. This year's Gorey story is 'The Lost Lions.' It will explore the wild jungles of the world, "in elegant step with the birds and the beasts of the Edwardian landscape," as the event's press release states.

"Both nights people dress in a wide variety of costume and character," said Katz. "And that brings up one of our most frequent questions: What do I wear? Whether you're coming Friday or Saturday to the World's Fair or to the Ball, we invite you to dress in a way that brings you into the participation, that brings you into a world of imagination and fun, and so we do not have a dress code.

"You're going to look on the floor and see a doubtful guest from a Gorey book waltzing with a duchess, perhaps like a Dickens era orphan, and an alligator having tea."

The live performances, live music, circus performances and fine arts happen over the course of both nights.

"What's wonderful about the Regency Ballroom is that, for those who have not been, it's thirty ballrooms, plus a variety of hallways and elevators and alcoves," said Katz. "And we fill absolutely every inch, every nook and cranny of this beautiful Masonic building with art, performance, installations and surprises, and the rest of it is filled in with the amazing participants." 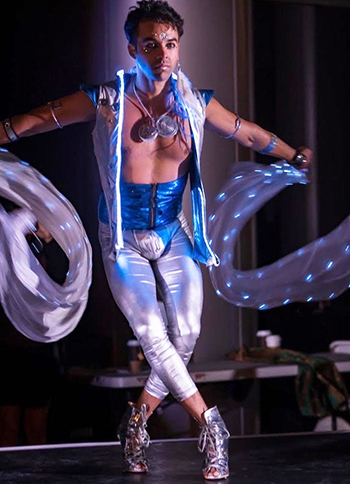 Gaily forward
Katz pointed out that since the Ball was created, members of the LGBT community have been active participants and creators of the event. He described the environment of the Ball as "inclusive and warm."

Juliano Wade, one of the performers at the Ball, is a gay man who moved to San Francisco from Columbia because he found it easier to be gay and to be a performer here. Wade is with Vau de Vire Society, a performance group that will be part of the entertainment at the Ball. He promises that the Society will be delivering a "sexy" show!

"For the Edwardian Ball, we always do corsets and a very dark kind of style," Wade said.
Vau de Vire will be performing Gorey's 'The Lost Lion.'

The Ball has a definite appeal to an LGBT audience, Wade feels.

"Gays always like sexy things," he said. "Vau de Vire likes to do our performances in very sexy outfits while being dark and wild, so I feel that this would attract a gay audience of all ages. We have beautiful girls doing amazing acts and we have handsome guys doing beautiful tricks in the air."

And if you're on the fence about attending, Katz invites you to peruse the videos, galleries and resources at their website.

"We provide a lot of information for those who are curious," he said. "What is this about, who was Edward, what is the era, what to wear, how to get there; so we've taken time over the years to try to provide a good starting point for people to study up. We don't have any requirements, or dress codes or rules to show up. We just ask that you show up with an open mind and with a willingness to participate and try things out. Put on a fun hat or a jacket or something that makes you feel special and show up and be willing to give it a try."