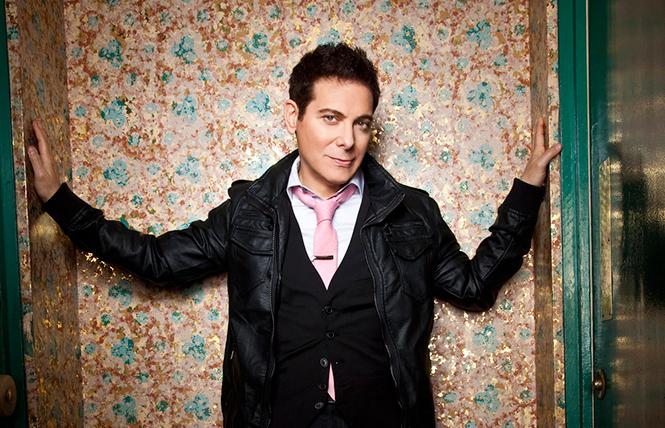 Feinstein noted that many female singers are more revered and remembered than their male counterparts. He recalled the great jazz singer Margaret Whiting, who, when Feinstein first moved to New York in his early 20s, took him around to various nightclubs, restaurants and hangouts and introduced him to what he now refers to as "the gang," the nightclub community of that period.

He admires Lena Horne and Judy Garland as women who could galvanize audiences when they were on stage. He remembers seeing Horne in Palm Beach Florida, performing before an audience that wasn't reacting to her. He watched Horne rev the audience up until she had them standing and cheering.

"I'll never forget that," he said. "It was a lesson not only in song interpretation, but in showmanship."
The great jazz singer Rosemary Clooney was a second mom to Feinstein.

"I'm celebrating the great mothers of song," he said. "Because when I think of Mother Earth I think of Spring. I think of people and voices who nurtured us, not only musically but spiritually."

Feinstein's storied life includes getting to know one of the fathers of song as well, the great Ira Gershwin. He met Gershwin in 1977, when he was twenty and Gershwin was eighty. Gershwin became Feinstein's employer, hiring the young man to catalog his collection of phonograph records and memorabilia. Feinstein spent six years as Gershwin's personal assistant and was named in Gershwin's will as his literary executor. It was a life-changing experience for Feinstein. He said that meeting and working with one of the creators of the music he loves changed the way he interprets the songs. 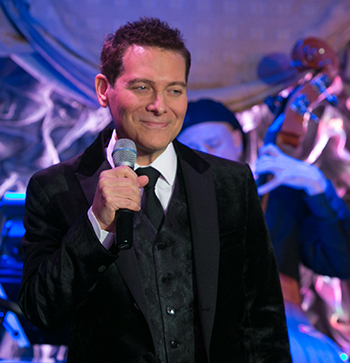 An esteemed interpreter of the Great American Songbook, Michael Feinstein will appear at the club which bears his name. Beginning May 9 (and just in time for Mother's Day), Feinstein will perform five shows at Feinstein's at The Nikko, including a special Mother's Day show on Sunday May 12 at 5pm.

Throughout the weekend, Feinstein will be paying tribute to some of the legendary ladies of song whom he admires, including Peggy Lee, Lena Horne, Judy Garland, and Rosemary Clooney. Feinstein is calling the show It Might as Well Be Spring.

"It's always fun, and sometimes a little challenging to come up with different concepts for a show," Feinstein said in an interview with the Bay Area Reporter. "In the case of this one, I thought it would give me the opportunity to do songs of the season. There are a lot of songs that are life-affirming and about the renewal and the rebirth of the world, so I thought It Might as Well Be Spring is an optimistic title. It's my job as an itinerant musician to make people feel good and to uplift in times of craziness like this."


"I understood that life experience came into those lyrics," he said. "It was Ira's heart and soul that came up with the inspiration for those words. It was one of the first lessons I had in learning how to go deeper into interpreting the songs and how the backstory or the historical context changed the way that something is performed."

In addition to becoming an interpreter of these songs in his own right, Feinstein heads The Great American Songbook Foundation in Carmel, Indiana. Carmel was chosen as the foundation's headquarters, he said, because it's an extremely livable city with great cultural institutions. The city gave the foundation a kickstart by helping to supply staff, building space, and room for the collection. Now ten years old and thriving, the foundation is in the process of building a museum to the American popular song.

"This music of the 20th century and beyond is one of our greatest musical cultural contributions, and yet there is not a museum for it," said Feinstein. "There's a rock and roll hall of fame and a country music hall of fame, but to have a place that pays tribute to songs and songwriters and artists from Judy Garland to Frank Sinatra to Rosemary Clooney to Gershwin; that's important."

Feinstein is still in the process of choosing the songs he'll be performing in San Francisco, but promises that his selection will include music closely associated with the ladies he's paying tribute to.

"The show is interactive," he said. "It's fun to do things extemporaneously. I'll be able to do that by taking requests from the piano, and the trio I'm working with is great at improvising. Every show is quite different. It's clear that the shows are quite spontaneous and that's one of the things that people who come to my performances enjoy. They know that it's not phoned in, it's very much about being in the moment."

Feinstein feels that people who come to his show will connect with the music, even if it's not the kind of music they normally listen to.

"When I started in my twenties, there were still a lot of people alive who grew up with that music, and now that is no longer the case," he said. "But there are people who deeply relate to the emotions and the feelings expressed in these songs. In that sense they are timeless. They still express the human condition and that's a great gift to be able to share."