Tempest in a T-Shack :: Iconic Drag Event to Rebrand 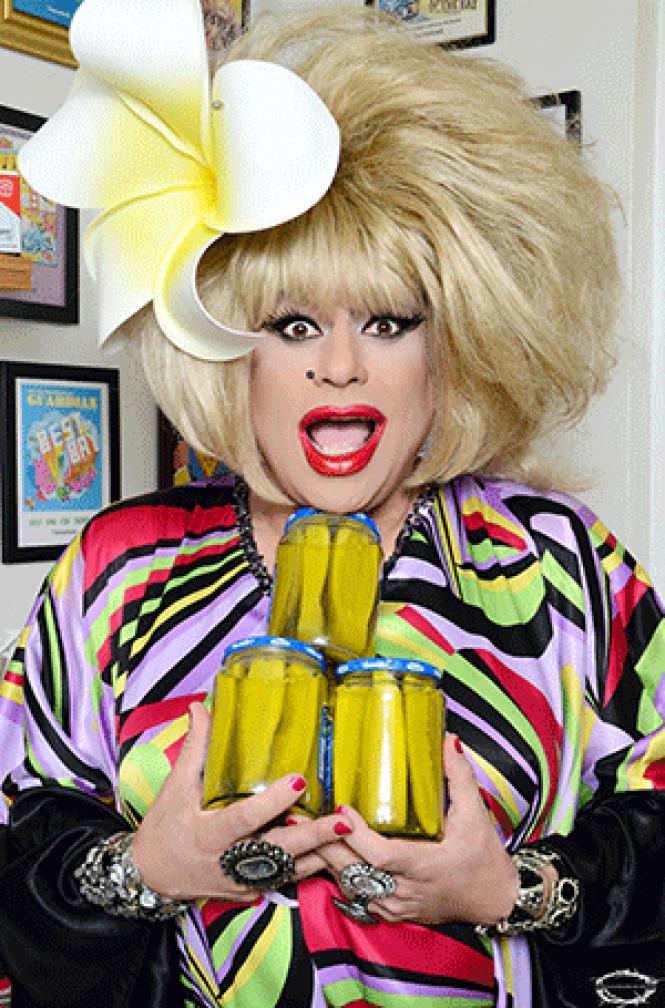 Is Heklina in a pickle over Trannyshack’s name?

Since its debut in 1996, Trannyshack has been one of the hottest nightlife events in town. A party/drag performance combo, the Shack has always attracted huge crowds, including celebs such as Mary Wilson (The Supremes), and Gwen Stefani.

On June 27, Shack founder/promoter/star Heklina will announce the Shack's new name at Seattle Pride. The reason for the rebrand: The rise of a visible transgender community and the offense they take by the use of the word "tranny."

The local controversy was preceded by a similar controversy over an episode of "RuPaul's Drag Race," where judges poked fun at male crossdressers, using the terms "she-male" and "tranny." In a later interview, RuPaul stated, "If your idea of happiness has to do with someone else changing what they say, what they do, you are in for a fucking hard-ass road."

Locally, however, the Trannyshack name-change decision was applauded by Kris Hayashi, Deputy Director of the Transgender Law Center.

"Heklina is a longtime friend and supporter of the transgender community," Hayashi said in a statement to the Bay Area Reporter. "We applaud her decision to rebrand her event which has also been historically inclusive and celebratory of our communities. The word 'tranny,' like many words, has evolved sometimes in divergent ways based on geography, generation and other factors. We think Heklina made a difficult decision, but that is the best one that will continue to build the kind of unity we all believe in."

Rev. Megan Rohrer, the openly transgender pastor at Grace Lutheran Church, also shared her thoughts. "Trannyshack embraced the word at a time when drag culture used the word for empowerment," she said. "Taking the word out of use is a sign that transgender people are gaining rights and that others are respecting our feelings. In this way, changing our language is less about being politically correct and more about honoring others and making a tangible change to make a space for them at the table."

But not everyone is happy about Heklina's decision. Gender non-conforming cabaret artist Justin Vivian Bond performed in San Francisco for years before moving to New York, where Bond gained wider acclaim. In a lengthy Facebook post, Bond attributed the name change to "harassment from a group of people who have decided that instead of learning from our queer history of re-appropriating, owning, and disempowering words that accurately describe who and what we are, a small group of vocal queers have decided to pursue a shame-based agenda."

Noted transgender activist Cristan Williams pointed out that words like "faggot" and "tranny" are "used to hurt us."

"What they fail to realize is that by banishing the use of the word "tranny,", they will not be getting rid of transphobia or those who use it in a negative way," wrote Bond. "What it does do is steal a joyous and hard won identity from those of us who have been perfectly comfortable, if not delighted, to be trannies."

Some, while sorry to see the name go, are fine with Heklina's decision. "Trannyshack has been a huge part of my identity for the past eighteen years and I will always be proud of that," Joshua Grannell, best known as Peaches Christ, said. "It's where I found my chosen family. But I also want to recognize and hear folks who are outside of this performing arts community we've created who feel that the word 'tranny' is hurtful, that it's a pejorative and that they're offended by it. I do not believe that changing the name of the club takes the 'edge' out of it or negatively impacts the performances or art it generates. I think it sends a message to people that the door is open for everyone to come and be part of this world we love so much."

Others feel that the transgender community needs to learn to laugh at itself. Jason Villalobos is a longtime HIV survivor and ACT UP activist who's against the name change.

"At Trannyshack I laughed for years when the queens made every AIDS joke available to their unmerciful canon," Villalobos said. "We laughed at jokes about homophobia, illegal immigration and white privilege, and cracks about San Francisco's rampant, misguided political correctness. The queens and their misogynistic jokes didn't raise any protests from feminist groups, because we all knew that we were allies. When we lose our sense of humor and irony, we lose pieces of our culture."

"Fag is a word that has been reclaimed to a certain degree," she said. "There have been many clubs with that word in their title. I can't imagine a club called 'N_____shack', though in many ways Tranny has become the new N word."

It wasn't an easy decision for the drag icon. "Did I cave in?" she asked. "Yes and no. Certain people brought it to my attention over the past year, and it's been nagging at me. I wrestled with it, clumsily I'll admit, and finally made the announcement."

Heklina said that the reaction has been emotionally charged. "I've even gotten hate mail," she reported.

Whatever the name, the show and its performers will continue, as they did this past weekend at the annual Madonna tribute show at DNA Lounge. You can get information on upcoming shows at Heklina's website, www.trannyshack.com ...for now.