Big Freedia is 'Queen of Bounce' 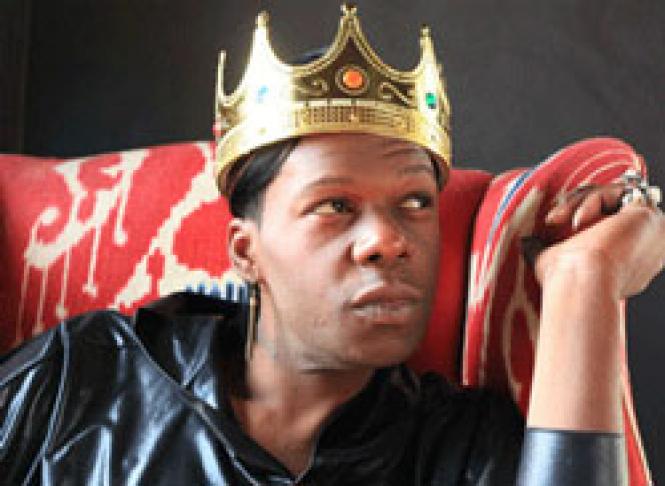 Nope, twerking's not dead, although Miley Cyrus almost killed it. The more authentic and decades-long history of the booty-shaking dance move, also known as Bounce, is more fully supported through the driving crazy-making grooves of New Orleans sensation Big Freedia.

The openly gay performer shares music and more in "Queen of Bounce," his new Fuse TV eight-part program. The show aired October 2, and episodes are viewable online at www.fuse.tv

"Due to my wonderful network Fuse, the launch of the premiere party in New York won a world record for the most people twerking," said Big Freedia with pride. "That was fun."

What also pleased the musician is the timeliness of his show, and its ability to provide a more in-depth look at a misunderstood dance music subculture. Freedia's been making music since 1999, when his first single was released before his debut album, 2003's "Queen Diva."

"I definitely think the show will help shape ideas and put all of that in perspective," said Freedia of the documentary's representation of the more truthful and amusing aspects of the sexy dance move and his life. "It's a culture that's been around for a long time. This is New Orleans. We have been doing this for a long time."

Big Freedia's popularity in New Orleans is obvious in the series. Neighbors know him, kids giggle when they recognize him, yet all along he remains polite and reserved, offstage. After Hurricane Katrina, Freedia was displaced to Texas. Upon his return to New Orleans, Caesar's, the first club to re-open, invited him to perform at weekly fundraisers called FEMA Fridays.

Of the vibrating dance moves that make nightclubs where he performs erupt into a dance craze, "The whole city does it and has been for years," said Freedia.

So, what about that huge controversy with Miley Cyrus butt-grinding against a Beetlejuice-costumed Robin Thicke at the now infamous MTV Music Video Awards? Is This another form of cultural appropriation, and should people critique her act for that, or simply because it was so crass and stupid?

"It's okay for her to do it," Big Freedia replied of Cyrus' limited dancing skills. "But it can be aggravating sometimes, especially if you been working so long in underground, and then people misrepresent it. And then someone in the mainstream takes it. It makes you very agitated as an artist."

Yet he also sees an up side. "But it also helps, to show the world something different. It opened another door for Bounce, even with her mistakes."
Big Freedia at the world record-setting twerk in New York City.

When he's on tour, what does the performer miss about New Orleans? "Everything," he said. "The food, my family, my boyfriend, my mom."

His national tour includes gigs in nearly every major U.S. city, with a show in San Francisco on November 15 at The Independent.

But it was his opening gig for Postal service at Berkeley's Greek Theatre that set off another controversy. Several of the mostly white "hipster" fans of the headline acts were upset by Big Freedia's show, and reacted in person and online like... well, stupid racist hipsters.

"I brush it off," said the singer of such people. "I worked the crowd. I was happy, bringing another culture to another set of fans. I flipped it out, and Postal Service rocked it. Look, we're always gonna have those people of that nature. I just keep going."

For his own shows, Big Freedia prefers a more intimate venue. "My show is definitely about interacting with my fans, unless it's a big arena and the stage is barricaded."

But that doesn't stop him. "I even bust the barricades open a few times," he recalled. "One way or another I am gonna interact."

As for his appreciation of women doing Bounce, Freedia's known to be a co-gender fan of dancing, despite being gay. And while he sometimes wears wigs or near-drag, he has stated that he does not identify as transgender, but a "gay man who answers to 'he' or 'she.'

"It all becomes a little sexual," he said of onstage bounce-offs which mostly feature women. "Some women are better than men, but most of the time, the men who are better are the gay guys."

He offered one simple rule for any bounce/twerk wannabes: "The more junk in the trunk, the more the better the dunk."