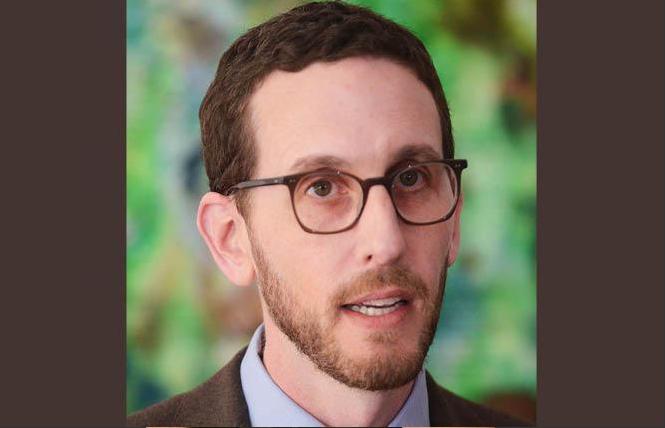 2021 was a legislative session of highs and lows.

I'm proud of the work we did this year to advance LGBTQ civil rights in our state, but there is still so much more that needs to be done to support and protect LGBTQ people. I am committed to that fight on behalf of our community.

First, a big win: with a large coalition of major LGBTQ groups, civil rights groups, sex worker advocacy groups, and sex workers, we passed Senate Bill 357, the Safer Streets for All Act. SB 357 is important legislation that repeals the part of California law in which "loitering with the intent to engage in prostitution" is criminalized.

Why is this so important? Under this loitering law, an officer can arrest someone based on their subjective idea of whether a person "looks like" a sex worker. The leads to the disproportionate criminalization of and violence against trans, Black, and Brown women, as well as sex workers.

The bill was passed by the full Legislature and will head to Governor Gavin Newsom's desk for signing as early as January 2022. This is a major victory for LGBTQ civil rights and criminal justice reform that brings us one step closer to a safer world for sex workers and Black, Brown and trans women. Sex work is work, and sex workers have a right to live and work without the fear of arrest and violence.

While I'm thrilled about our victory on SB 357, I'm disappointed and frustrated that the governor vetoed an important bill, Senate Bill 110. SB 110, the Recovery Incentives Act, would have legalized the effective addiction treatment known as "contingency management." Put simply, contingency management is an evidence-based treatment program — most effective for people addicted to meth or other stimulants — in which people are given small financial rewards for returning negative drug samples.

This is an especially effective treatment for meth addiction, which is notoriously difficult to kick. Meth addiction has no medication-assisted treatment options, unlike opioids. I am proud to have worked on this legislation in partnership with Mayor London Breed, gay San Francisco Supervisor Rafael Mandelman, the San Francisco Department of Public Health, the San Francisco AIDS Foundation, HealthRIGHT 360, Equality California, and other community-based organizations.

This legislation received strong and nearly unanimous bipartisan support in the Legislature. The meth crisis is very real, and is impacting all of us — in areas both urban and rural, red and blue — but has an outsized impact on communities of color and the LGBTQ community. SB 110 was an LGBTQ priority bill because, as many in our community know from firsthand experience, the meth crisis has struck us particularly hard.

The governor vetoed SB 110 in order to focus on a contingency management pilot program. This is a disappointing veto, as the crisis is ravaging our communities now, and we have no time to waste on a pilot program. We can't afford to lose any more people — be they LGBTQ or otherwise — to this horrific addiction.

Though we had disappointing news with SB 110, this was a largely good legislative year for the LGBTQ community of the Bay Area — particularly when it comes to the state budget. Working in coalition, we secured $15 million for the "Ending the Epidemics" effort — a strategy to end new HIV and other sexually transmitted infections in California.

Working in coalition with trans-led organizations, we secured $15 million for the Transgender Health and Wellness Fund, a new state effort to focus resources on the unique needs of the trans community.

I am also proud to have secured $1.7 million for the San Francisco Gay Men's Chorus' National LGBTQ Center for the Arts on Valencia Street. Additionally, I secured $1.5 million for the upgrade of Harvey Milk Plaza in the Castro. This space will honor the life and legacy of Milk, the slain gay San Francisco supervisor, while also serving as a beautiful and functional community gathering space.

And finally, I secured $4.2 million for a San Francisco drug sobering center, a major priority for the mayor and Board of Supervisors to combat San Francisco's meth crisis.

While this was a legislative year of ups and downs, I am proud and grateful to have worked closely with our community organizations and leaders to bring major wins for the LGBTQ community and for San Francisco. I will always fight hard for all marginalized people, and I am proud of what we have accomplished. The work continues.