Guest Opinion: My coming out day 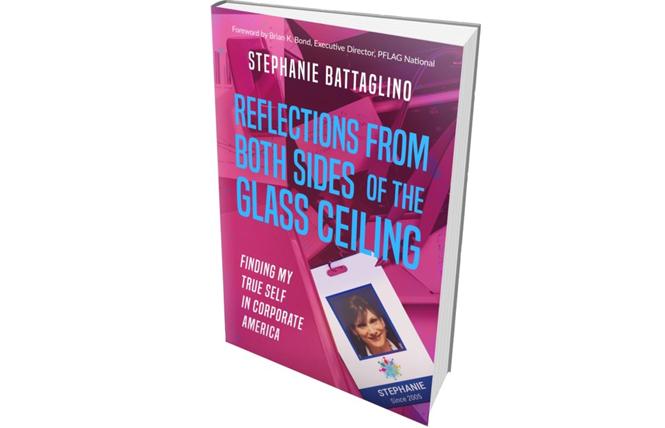 So there I was. Standing all by myself in the middle of this fairly large and open lobby in a building that had about a thousand people in it — and no one was around. I was almost wishing that somebody, anybody would come through the lobby with their morning coffee just to break the silence. But it was not to be. Just me — and my thoughts.

Before me, right in the middle of this large, glass-enclosed space, stood a large center staircase that went up to the third and top floor of the building. That's where my office was. In much the same fashion as I had done when I made my debut in New York City, I took a deep breath, collected myself, said a quick prayer, and up the staircase I went. It is not, by any measure, a short staircase. It seemed even longer on this particular morning. But as I slowly made my way up the stairs, and got closer to the level of the floor, I could start to see all of the cubicles come into my field of vision. To my right there were some of my staff's offices, but I didn't see anyone. To my left was where the remainder of my staff was, but again, I didn't see anyone. I thought for a second, "has everybody taken the day off and not told me?" It turns out it was the calm before the storm — of emotions, that is.

As I hit the floor I purposefully took the route to my office that I always did. Along the floor to ceiling windows I went until I came to the aisle where my office was, made a quick left, and — boom — there it was! I was stopped dead in my tracks by what I could only describe as a sea of flowers staring back at me! And there were cards too! I felt like I had just won a beauty pageant or something like that. It momentarily took my breath away. Of all the scenarios that I had run through my mind, this was most definitely not one of them! I was absolutely floored. As I turned around, seemingly out of nowhere appeared all of the women — my direct reports and one of our temps, too — that were responsible for the floral cavalcade. There were hugs and congratulations all around. And of course I began to cry, right on cue. I opened each of their cards, read their warm well wishes, and cried even more. I was utterly overwhelmed by their thoughtfulness. We were making quite the commotion.

I suspect this gave everyone else around us the okay to come by, because it suddenly seemed as if the entire department had descended upon my office. It turned into quite a scene. Such an immense outpouring of support that I have cherished every day since. What I remember most is how heartfelt their good wishes were. I really felt like the new kid on the block being warmly welcomed into the fold. In particular, I remember our temp, Marcia — a huge Miami Dolphins fan — who, after giving me a hug said, "Finally, another woman I can talk football with!" How great is that? 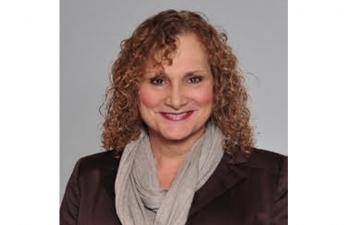 As things quieted down, and I rearranged the flowers on my desk so I could actually plug my laptop into its docking station, I knew there was a phone call I had to make. I called Ann, the HR VP and my point person for everything, and thanked her profusely for all she had done to facilitate my workplace transition. She was very gracious in her response and told me that if I needed anything else, or if something didn't change over like it was supposed to, that she was just a phone call away. As I hung up the phone, it occurred to me that she remained unwaveringly true to the pledge she made to me at that very first meeting: that she "wanted to make my transition as smooth as we can for you." I was smiling very broadly at that thought for more than a few moments when I suddenly was broken out of my mini daydream by the realization that I still had something very important that I needed to do.

Sometime the week before, my building services colleague had delivered my new nameplate. If I have given you the impression that this was some large metal plate that had my name meticulously engraved in it then for that I must apologize. My new nameplate wasn't really a "plate" at all. It was more like a heavier than normal paper stock with my name printed on it in the block style font and color that matched everyone else's "nameplate." This could very easily be slipped into the bracket that was attached to one of the tall walls of my cubicle.

And now the time had come to do that. To just about anybody else throughout all of New York Life that day, nothing could be seen as any more routine than changing one's nameplate when they switch offices. But I wasn't just switching nameplates, I was switching people. This was not something that I could ever imagine taking so lightly. Like my ID badge, it was symbolic of everything I had accomplished up to that point in my corporate life. I know that's a lot to put on a couple of mere corporate artifacts, but to me they were treasures. As I removed the old card with "Michael Battaglino" on it, and replaced it with the new one that would forever say "Stephanie Battaglino," an immense sense of satisfaction washed over me.

This is an excerpt from Stephanie Battaglino's memoir, "Reflections from Both Sides of the Glass Ceiling: Finding My True Self in Corporate America," which was published May 11 by L'Oste Vineyard Press. Used with permission. For more information, go to https://stephaniebattaglino.com/