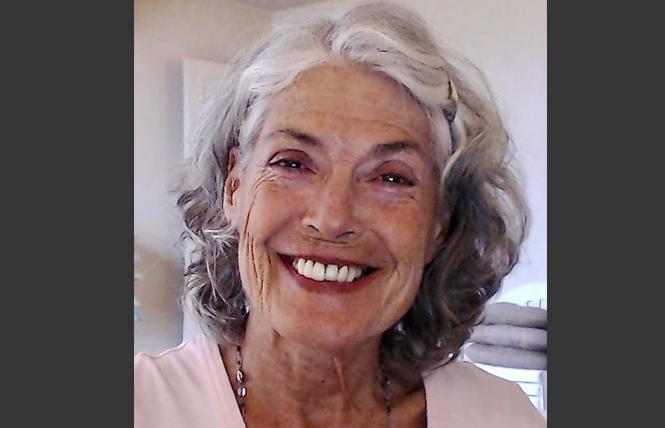 January 23, 1945 — April 4, 2021
San Francisco lost one of its greathearted citizens when the beloved Irene Smith, the first person to offer massage to people with AIDS, left her body from complications of esophageal cancer. As she transitioned, the woman whose touch was the last loving contact that so many received prior to their deaths was surrounded 24/7 by equally selfless caregivers who ensured she could die in her longtime Cole Valley garret.

Irene may have been born in Seattle, but it was the fierce independent spirit of a staunchly idiosyncratic Texan and niece of country singer Hank Williams that lived within her. Voted the prettiest girl in her high school, she migrated to San Francisco where a life of drugs, alcohol, and sex work was transformed through workshops with the foremost expert on death and dying, Elisabeth Kübler-Ross. Inspired by her mentor, Irene began offering massage through Hospice of San Francisco. When AIDS hit, she began going room-to-room on Ward 5B, the AIDS Ward of San Francisco General Hospital. Years later, Irene was the first person inducted into the National AIDS Memorial Grove for AIDS service.

After establishing massage programs for people living with AIDS worldwide through her organization, Service Through Touch, Irene founded Everflowing and taught mindful touch as an integral component to end-of-life care. Untold numbers of people worldwide have died feeling loved thanks to her book, "Massage in Hospice Care, An Everflowing Approach," videos, workshops, and personal example.

An online memorial for Irene Smith will be held Thursday, May 27, at 3 p.m. To register, click here.

For more on her life, see the recent letter to the editor (second item).