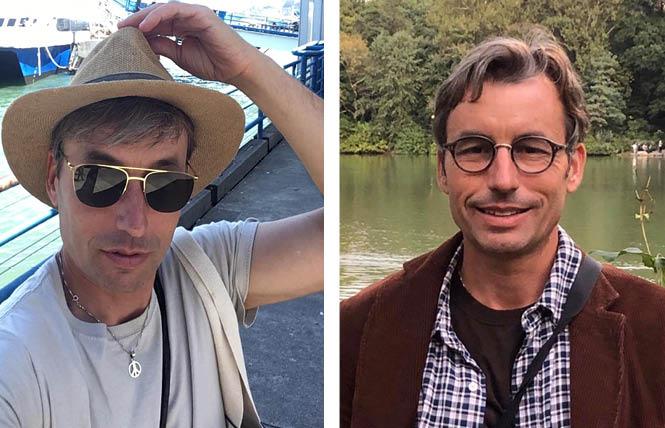 October 22, 1969 — April 3, 2021
This world has lost one of its most caring, vibrant and gentle beings. Jeff was a beautiful man full of intellectually brilliant intensity. Jeff transitioned on April 3, 2021 in New York City. Jeff was born and raised in Rancho Cucamonga, California. He graduated from UC Davis in 1987, and spent most of his adult life in San Francisco.

Jeff was active in the recovery community and was a leader in service efforts where he was known for nurturing the minority opinion. He was deeply loved and respected with many friends and admirers. Jeff loved opera, in particular Wagner's "Ring Cycle." Yet his favorite singer was Utah Phillips whose song about "ticky, tacky little boxes on the hillside" he especially appreciated. He was a Carl Jung enthusiast, quoting him at length. He loved Gabor Mate.

His deep concerns were global and all encompassing, as shown by his favorite movie, which was "Only Love Remains: Dancing at the Edge of Extinction." As a valuable contributor under the auspices of Nature Bats Last, Jeff worked tirelessly in his efforts to mitigate global warming. After retiring from his corporate job, Jeff traveled in France, and began to spend more time in New York City. He loved theater — especially Off-Broadway, and attended Rick Wolff's classes in Marxian economics at The New School whenever possible. He loved farm-to-table restaurants and shopped often at farmers markets. He was a raw milk fanatic and cherished long walks.

Throughout his life, Jeff was a passionate advocate for the LGBTQIA community. He was an avid reader and lover of independent bookstores; he was a huge Kurt Vonnegut fan. Jeff was loving, outgoing, genuinely and soulfully charming, lively and honest, with a playful demeanor that made him appreciated by just about everyone with whom he came into contact. Jeff will be profoundly missed. Jeff is survived by his mother, Annamarie Oden; his half-brother, Joel Anker; his father, Dale Antonson; and his half brother, Scot Antonson.