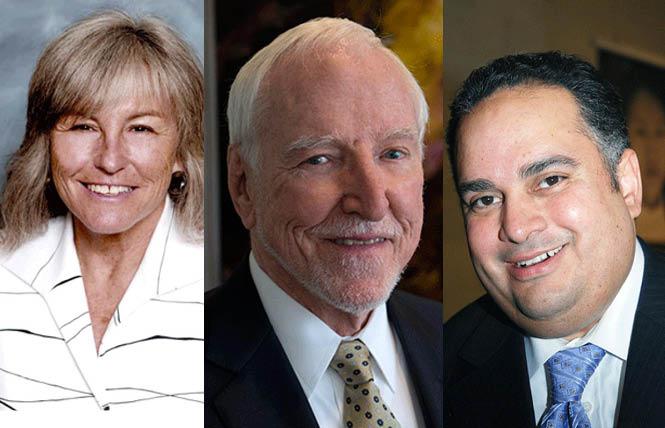 A number of Californians are among the inaugural class being inducted into the LGBTQ Hall of Fame May 2 by the LGBTQ Victory Institute. A total of 20 LGBTQ elected officials, appointed officials, and candidates are being honored for their lasting impact on LGBTQ political history.

The list includes lesbian former San Francisco supervisor Roberta Achtenberg, 70, who went on to be the first openly LGBTQ presidential appointee to a Senate-confirmed position, and gay former state Assembly Speaker John A. Pérez (D-Los Angeles), 51, the first openly LGBTQ leader in the state Legislature. San Franciscan James C. Hormel, 88, who became the first out LGBTQ U.S. ambassador in 1999 with his appointment to Luxembourg, will also be inducted.

Deceased gay icons José Julio Sarria, whose 1961 bid for a San Francisco Board of Supervisors seat marked the first time an out LGBTQ person ran for public office, and Harvey Milk, whose election as a San Francisco supervisor in 1977 marked the first time an out person was elected in the city and the Golden State, will both be posthumously inducted. Sarria died in 2013 at age 90, while Milk was assassinated in 1978 at age 48.

A number of groundbreaking politicians will be inducted, including lesbian former Ann Arbor city councilwoman Kathy Kozachenko, 67, whose election in 1974 marked the first time an LGBTQ person was ever elected in the U.S., and former lesbian Massachusetts state representative Elaine Noble, 77, whose victory a year later saw her become the first out LGBTQ person ever elected to a state legislature.

Also on the list is gay former Tempe mayor Neil Giuliano, 64, whose election in 1994 made him the first out LGBTQ mayor of a U.S. city. He would go on become president of GLAAD, the LGBTQ media watchdog, and helm the San Francisco AIDS Foundation for five years during the late 2010s.

"The founding class of the LGBTQ Victory Hall of Fame represents the vanguard of a revolution in U.S. and global politics — the people who stood up to serve openly when it meant harassment, threats or worse," stated Chris Abele, chair of the One Victory Board of Directors. "These courageous leaders were the first out leaders in their cities or agencies, the first to sit for grilling by the U.S. Senate and the first to lead state legislatures or countries."

Reached at her home in San Francisco, Achtenberg told the Bay Area Reporter she was "elated" to learn she had been selected for the LGBTQ Hall of Fame's first class. Between 2000 and 2016 she was a California State University Board of Trustees member and now focuses on her community development consultant work in cities across the country.

"I say the most important thing about the honor is that our history is being memorialized in this way," said Achtenberg. "It is extremely important for the current generation and future generations of LGBTQ activists that we understand where so many of these things began, so I am just thrilled to be a part of it."

Pérez, in the middle of a conference call Monday, told the B.A.R. in a brief interview that he is "incredibly appreciative and proud" to be part of the hall of fame inductee class. In a follow up interview, Pérez said he was especially delighted to see Sarria also made the list, as he had honored the fellow Latino leader when he and gay former San Francisco Assemblyman Tom Ammiano worked to revive the Pride events in the Statehouse that had been cancelled due to Republican opposition.

"I think it is important always to have a sense of how far we have come and how far we need to go," said Pérez, who also has the distinction of being the first out person of color elected to the California Legislature. "I think it is really important at this moment in the Victory Fund's history they do put together this sense of what our community's collective history has been."

Gay San Diego resident Nicole Murray Ramirez, who launched a campaign last year to honor Sarria with a U.S. postage stamp, praised the Victory Institute for including him in the inaugural hall of fame class. Known as the Queen Mother I of the Americas and Nicole the Great within the Imperial Court System, Murray Ramirez is now the titular head of the 56-year-old drag fundraising organization that Sarria started.

"All elected LGBTQ officials stand on the shoulders of World War II veteran EMPRESS 1 José Julio Sarria who in 1961 became the first openly LGBTQ candidate to run for public office in North America.... we thank the Victory Fund for a community, indeed a civil rights movement, that doesn't really know where it's going and whose shoulders it stands on," Murray Ramirez told the B.A.R.

During the Clinton administration Achtenberg served as an assistant secretary of the Department of Housing and Urban Development. In 2011, then-President Barack Obama appointed her as a commissioner of the U.S. Commission on Civil Rights.

Today, she marvels at seeing President Joe Biden's LGBTQ appointees be assessed largely on their resumes and not their sexual orientation or gender identity. Achtenberg said she was particularly pleased with Dr. Rachel Levine, a transgender woman who had been Pennsylvania's top health official, being confirmed as Biden's assistant secretary of health.

"I think with the appointment of Dr. Rachel Levine, I can't think of anything more fitting than that the head of public health for the state of Pennsylvania could be appointed an assistant secretary at health and human services as the first openly trans woman," said Achtenberg. "Somebody whose reputation is for fighting for the public health of all people. It couldn't be more perfect or more poetic."

She looks forward to seeing Levine one day join her in the hall of fame.

"This couldn't be better when you think of the struggle and the fact that today people are being assessed on the merits," said Achtenberg, recalling the anti-LGBTQ attacks she and Hormel faced during their confirmation battles "was crazy. When I look back on it, I ask, really, where we ever in that place? But indeed, we were."

Other leaders being inducted into the hall of fame are former Georgia state representative Simone Bell, 51, the first out Black lesbian elected to a U.S. state legislature; gay former New York State senator Tom Duane, 66, the first out LGBTQ and first out HIV-positive member of the New York state Senate; gay former United States Secretary of the Army Eric Fanning, 52, the first out LGBTQ head of any service in the U.S. military; gay former Massachusetts congressman Barney Frank, 81, one of the first out members of Congress; Sherry Harris, 56, who became the first Black out lesbian elected in the U.S. with her 1992 win of a Seattle City Council seat; Kim Coco Iwamoto, 52, whose 2006 election to the Hawaii Board of Education marked the first time an out trans person won a statewide election; and gay former Albany Common Council Alderman Keith St. John, 63, who in 1990 became the first Black out LGBTQ person elected in the United States.

The lone living foreign leader being inducted is Jóhanna Sigurðardóttir, 78, formerly prime minister of Iceland from 2009 to 2013. The openly gay politician was the first out LGBTQ person in the world elected to head a government.

Those also receiving the honor posthumously are gay judge Deborah Batts, the first out LGBTQ federal court jurist who in 1994 joined the United States District Court for the Southern District of New York and died last year at the age of 72; bisexual city councillor of Rio de Janeiro, Brazil Marielle Franco, one of her country's first Black out LGBTQ elected officials who was assassinated in 2018 at age 38; and gay former Minnesota state senator Allan Spear, who in 1974 became first state legislator to come out while in office — a year after being elected — and was the first to serve as speaker of a state legislature. He died in 2008 at the age of 71.

The May 2 virtual hall of fame ceremony is part of the celebrations taking place this year to mark the Victory Fund's 30th anniversary. Lesbian U.S. Senator Tammy Baldwin, 59, will be inducted as a Lifetime Achievement honoree. By winning her Wisconsin House seat in 1998, Baldwin became the nation's first openly gay challenger sent to Congress; in 2012 she became the first out person elected to the U.S. Senate.

The ceremony, which runs from 4:30 to 5:30 p.m. (Pacific Time), will include short interviews with many of the inductees. House Speaker Nancy Pelosi (D-San Francisco) is expected to take part, as is singer Sara Bareilles.

"The launch of this Hall of Fame is an opportunity to ensure their contributions are forever remembered and to honor the future leaders who will advance representation for our community," stated Abele.

UPDATED 4/19/2021 with additional comments from John A. Perez and Nicole Murray Ramirez. 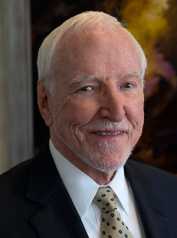 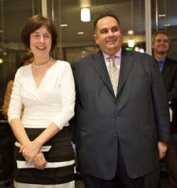 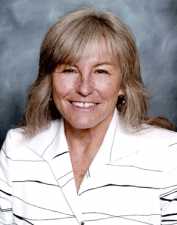