Transmissions: Being or becoming 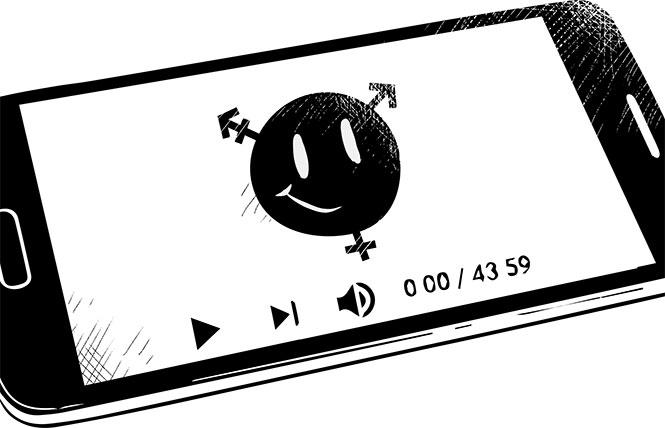 Like many, I watch more than my fair share of videos on YouTube, usually going between various cooking programs, music videos, and the occasional restoration video. Then, every so often, I'll wander through some of the videos that may be recommended to me.

Such was the case recently, when the site recommended I watch an episode of Philosophy Tube titled "Identity: A Trans Coming Out Story."

I wasn't entirely sure what I was in for, as the presenter — a fairly typical-looking British fellow — started to discuss Audre Lorde's groundbreaking "A New Spelling of My Name," comparing and contrasting it with Rene Descartes' philosophical statement, "I think, therefore I am." I really did not know where this was going.

As the episode wends along, the presenter digs deep into the concept of identity, discussing how Lorde identities herself, and how that could clash with the way the world around her saw and labeled her. Then the episode takes a turn, as the presenter — called in context of the episode as "The Man Who Wasn't There" — discusses the creation of Philosophy Tube itself, and what that experience has been like.

"A while ago, some kid came up to me after a live event and said, 'You've been a masculine role model for me. You've shown me a masculine man that I've felt I wanted to be,'" stated the presenter. "The past few years, a lot of people have said that. And it's always felt strange. It's always felt like they were talking about someone else. It's the weirdest feeling."

They continued, "I don't know if I can really explain it, but it's like every time I see myself on screen — or even in a mirror — I'm not sure I'm really there. I don't know if I'm real. It's like it's a different person. ... It's just this face, and this body — it's not who I was expecting."

The episode continues along this vein for a while, eventually reaching a moment of finality as our presenter bids the audience adieu — just in time for part two.

At this time, a subterfuge is revealed. The presenter, even as they tell a deeply personal recounting of their experiences with Philosophy Tube, is replaced in part two of the video with the actual creator of Philosophy Tube, Abigail Thorn, explaining that she is transgender, and transitioned some time ago.

The video is a brilliant coming out, delving deeply into the very nature of being trans in ways I have not typically seen, explaining well something that many outside the trans community — and, quite frankly, even among our own community from time to time — often miss.

Transgender people are often framed as having been born one thing and turning into another. Indeed, one can argue that terms like transition themselves reinforce this belief.

Our parents may have a chromosome test before we are born, or a visual inspection either by ultrasound or shortly after birth will declare us to be girls or boys. This is viewed as our "default" self, and those of us who are trans are viewed as somehow attempting to change that default into some other form.

This is what every argument against trans rights — and transgender people as a whole — boils down to. When discussing trans students participating in sports that fit their gender, the argument is put forth that this is inherently unfair. A trans woman is boiled down to a "biological male," as if this is the true essence of her being; transmasculine people are admonished for "mutilating" their bodies by changing their physical shape, and so on.

Yet this is not the truth of the matter. Rather than viewing us as "one thing that became another thing," understand that we are, really, just one thing. We exist as a part of our gender from the get-go. Our mind never changes, even as what you see us as might. Our identities belong to us.

We are not becoming something that we weren't; we are revealing the truth within, like a sculptor chipping away at the finest marble block.

For us, the time we were trying to become something we were not was in all those stress-filled years as we attempted to fit into a gender that simply was not ours, where we play-acted at what we thought everyone else wanted us to be, and painfully tried to figure out why none of it felt real to us. When we transition, we reveal the true person.

There is a phone app called FaceApp, which, like so many others, uses filters to alter photos. One of the many features it offers is to change the gender of a person in a photo. Many likely use this on a quick selfie, but an acquaintance of mine suggested something else: using it on our pre-transition photos, as a way to reimagine our pasts.

I tinkered around with it, and found one notable thing: all those photos of me in my past, even with some of the glitches and bugs introduced by the application's artificial intelligence algorithms, revealed an alternate reality where my body simply matched how I'd felt inside all those years ago.

I could not help, as I looked at those digitally-altered photos, but think of the "man who wasn't there" in my own past, and how my own coming out and all the physical changes I've been through were only to reveal the person I always have been to the world.

Transition wasn't about becoming but being the person I always have been.

Gwen Smith only regrets not having that chestnut brown hair of her youth. You'll find her at www.gwensmith.com