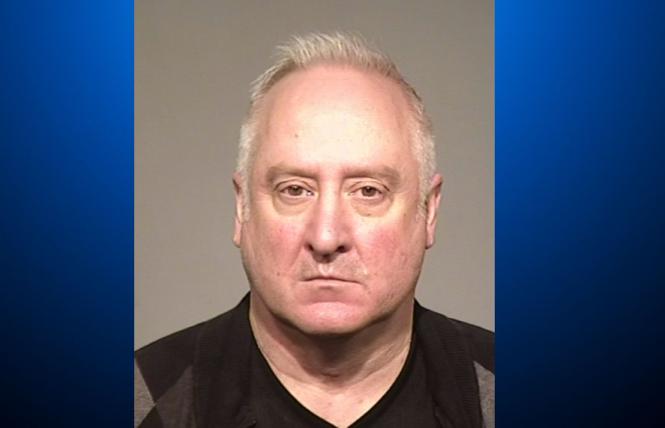 A gay man who had been senior marketing director at the nation's first LGBTQ retirement community has been arrested on suspicion of sexual assault of a juvenile.

Drue Mordecai, 55, of Santa Rosa, was arrested January 28 on suspicion of abusing a minor for four to five years, beginning when the alleged victim was 12 years old. He is being held on $3 million bail.

The Sonoma County Public Defender's Office told the Bay Area Reporter that Mordecai is being represented by Chris Andrian, a private attorney. Mordecai was arraigned February 1 via Zoom. He faces 29 counts of child sexual assault.

Mordecai had allegedly met the youth when he was doing volunteer work at the New Vintage Church in Santa Rosa, according to the Press Democrat.

The New Vintage Church did not return a request for comment as of press time.

The Santa Rosa Police Department stated to the B.A.R. February 3 that it has released Mordecai's arrest photo because there may be more victims.

Mordecai was one of six volunteers at the church, the Press Democrat article states.

Mordecai was interviewed by the B.A.R. in 2017 in his capacity as the senior marketing director for the Fountaingrove Lodge, an LGBTQ senior living facility in Santa Rosa's Fountaingrove neighborhood.

Linda Fisher, the executive director of Fountaingrove Lodge, stated that Mordecai has been placed on leave.

"Last night, we became aware that criminal charges had been filed against one of our employees," Fisher stated in an email to the B.A.R. on Wednesday. "Due to the nature of these allegations, the employee was immediately placed on leave. None of the allegations reported by law enforcement relate to any of the employee's workplace activities or conduct and we do not have information beyond what the police publicly shared. Additional inquiries should be addressed to local law enforcement."

People living at the lodge had to be evacuated in 2017 due to the wildfires in the North Bay.

While the state was investigating whether the evacuation of Oakmont facilities had been done properly, Mordecai defended the company.

"Frankly, we saved everyone," Mordecai said at the time. "I have so much respect for so many people that I call heroes now because of what they did."

Police said that the investigation is ongoing. Anyone with information can contact Santa Rosa Police through its online tip line.

Updated. 2/3/21: This article has been updated with comments from Fountaingrove Lodge.