Transmissions: A chance at healing 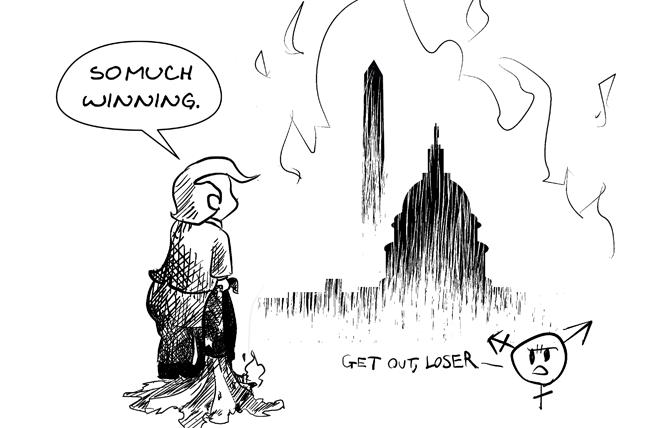 A decade ago, I had a rare opportunity. Rushed onto a flight in the middle of the week, I made my way to Washington, D.C. I had been asked, quite at the last moment, to go to the White House to discuss transgender issues.

I felt woefully unprepared as I hurriedly wrote out a few pages of notes covering stories I wanted to discuss before heading over to the Eisenhower Executive Office Building next door to the White House. There, I had the opportunity to address representatives of the Obama administration specifically on issues of anti-transgender violence.

It was both daunting and deeply flattering to have the opportunity to sit at the center of a large table, surrounded by individuals representing the administration — with photos of the noteworthy things that happened in that room in the many decades before I came calling — and speak about the things that I find important as a trans woman who has dedicated much of her life to anti-trans killing.

I found it far more important to hear those who surrounded me speak about what each of their parts of the administration were going to do to help transgender people like me. It was at this meeting that I fully began to comprehend that a presidency was not just about the person at the top, but everyone below them as well.

Much of what was discussed was already well established even then, just a couple short years into the Obama presidency. Many others, big and small, would be enacted over the course of those eight years.

Then it all changed.

During the last four years of the Trump administration, I have seen everything discussed at that 2011 meeting rolled back. Far from just a trans military ban (which President Joe Biden reversed this week), we saw trans rights challenged from top to bottom. For every scant win came more challenges, more directives, more attempts to strip away our rights.

To be honest, it can be hard to worry about these things, with families being separated and caged in the desert, with Muslim travel bans, and a failed response to a pandemic that has left over 400,000 people dead. There's been an amazing amount of evil done in such a short period of time.

That said, I took every trans rights loss very personally. I mentally crossed off everything lost from that 2011 meeting, with the last of it gone in the final few days of the Trump era. While I actually did expect worse for transgender people from the Trump administration — and I think it would have gotten unimaginably worse if Donald Trump had secured four more years — every one of these losses elicited a special grief, a pang in my heart as I wondered if there had been just a little something more I could have done.

This past November, I honestly wasn't sure what would take place. Frankly, as court challenge after court challenge went by, as attempts were made to invalidate votes, and even as we saw rioters — whipped up by Trump himself — descend on the United States Capitol, I wasn't sure we would make it to the inauguration.

Then, once again, it all changed.

A day before the inauguration, Biden tapped Dr. Rachel Levine, a transgender pediatrician, to be the assistant secretary for health. The choice made it clear that transgender voices would be a part of his administration. It is important to note that Levine has been a key part of Pennsylvania's COVID-19 response, even while facing pushback — largely due to being a transgender woman.

Then, hours after Biden took the oath of office on the Capitol steps, he issued an executive order that protected LGBTQ people from discrimination in schools, at work, and so on. It is largely a directive based on last year's Supreme Court ruling in Bostock v. Clayton County Georgia, which secured workplace protections under Title VII of the Civil Rights Act of 1964.

As noted above, Biden also issued an executive order repealing Trump's transgender military ban, one of the former president's first big forays into stripping transgender people of their rights.

These actions send a large, tangible signal that the new administration is working to protect transgender citizens of this country. That said, I'm under no illusion that this won't continue to be an uphill battle over the next four years, nor do I feel that a future right-wing president could not simply change things once more.

Even now, scores of anti-transgender bills have popped up in statehouses across the country, seeking to roll back trans rights. Some of the worst even attempt to criminalize transgender care, mandating prison time for those who provide such services to transgender people. Further, even though it will clearly go nowhere, a bill in the Democratic-controlled House of Representatives is also seeking to undermine the rights of transgender students across the country.

Seeing the federal Equality bill passed will be vital, even knowing that there are sure to be court challenges to it. We are but at the beginning of this battle to make trans rights truly complete and not so easy to wipe away. We know there will be plenty of challenges to build in "religious exceptions" that could hinder these same rights, as well as pressure to see trans needs "slow-walked" in Congress in favor of easier bipartisan victories as the populace relaxes in a post-Trump world.

It's good to see progress once again. To be frank, it heals my heart to see these things, once lost, now return.

Yet we need a solid footing, and we need it before the next president can sign it all away.

Gwen Smith would be more than happy to go back to D.C. this November, COVID-willing. You'll find her at www.gwensmith.com