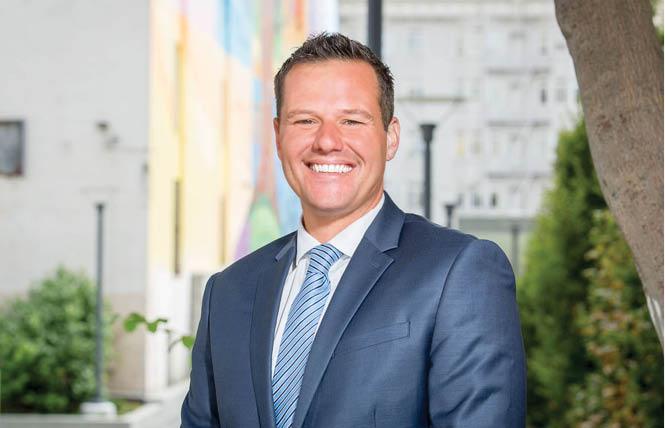 Nearly 3,000 residents living in supportive housing units in San Francisco are set to receive a rent reduction by the fall of 2023.

At its meeting Tuesday, the Board of Supervisors voted 11-0 to adopt an ordinance reducing the tenants' requirement that they pay 50% of their monthly income toward their rent to just 30%. District 6 Supervisor Matt Haney authored the legislation, which will bring the city's rent rates in line with the federal standard of 30% for such units.

It will also bring rent parity to all tenants in supportive housing, as those in buildings built since 2016 in the city are paying only 30% of their income toward their rent. The ordinance allows for the city to institute the rent cap change by October 1, 2023, but backers of the policy hope it would be enacted sooner than that.

District 9 Supervisor Hillary Ronen noted it would allow the tenants to have more money each month for food, medicines, and other essential services they need.

"This has been truly a long time coming and is the result of grassroots organizing and advocacy," said Ronen.

Eight supervisors were official co-sponsors, meaning Haney already had the votes needed to ensure the ordinance's passage by the full board. Last year, Haney had secured $1 million in the city budget to grant rental relief to more than 500 tenants of supportive housing units in the city who saw their monthly payments reduced to the 30% threshold.

According to the city's Department of Homelessness and Supportive Housing there are 2,887 such units that have tenants still paying more than 30% percent of their income toward rent each month. Decreasing their share to the 30% limit would cost a little more than $6 million, according to the department. It is $2 million less than the initial estimates for how much of a budget allotment would be needed to institute the ordinance.

While some have expressed concerns about the cost to implement the policy with the city facing an estimated $653.2 million budget deficit over the next two years because of the economic fallout from the COVID-19 pandemic, others have argued it will cost the city far more if the tenants are unable to pay their rents, end up homeless, and need emergency room care that is paid for with taxpayer dollars.

Many LGBTQ leaders backed Haney's ordinance and signed onto the #30RightNow Coalition to advocate for its passage. One of the organizing conveners is Jordan Davis, a transgender resident of a single-residency-occupancy unit who went on a hunger strike to bring attention to the issue.

She told the supervisors' budget and finance committee panel last week that it was "long overdue" for the city to set rents for all supportive housing sites at 30% of tenants' income.

Gay District 8 Supervisor Rafael Mandelman, a committee member, noted how the city is grappling with a dire budget atmosphere next year but nonetheless was supportive of the ordinance.

"Our budget is a zero sum affair. We increase our allocations $6 or $7 million for one thing, we have to find that money somewhere else," said Mandelman. "All that being said, I believe this is an important thing to do. We will have to find an additional $7 million a year to make this happen, or perhaps it will be less."

District 3 Supervisor Aaron Peskin, a co-sponsor of the ordinance, pledged to fight for the money to ensure it is implemented.

Because it is an ordinance, the proposal will need to be voted on a second time by the supervisors, possibly as soon as next Tuesday's special board meeting. Or it will be up again in January for a final vote after the winners of the November supervisor races are sworn in at the board's organizational meeting Friday, January 8.

Six of the ordinances official co-sponsors will be returning, as will three of the other supervisors who voted for it Tuesday, so it should have enough votes to pass a second time and meet the threshold of eight votes to override a mayoral veto. It will likely pass a second time with another unanimous vote.