Transmissions: Not the other you thought we were 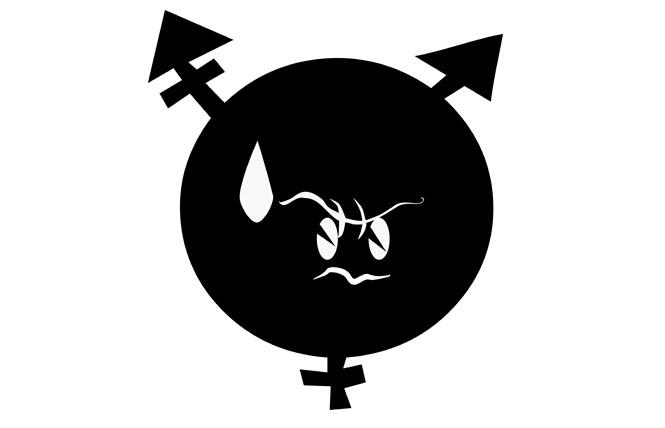 Every so often I like to sit back and address my non-transgender readers, and help them understand trans issues, perhaps, just a bit better. This is one of those times.

Right now, in this country and elsewhere, trans people — especially young trans people — are under attack. There are many who are very busy trying to make our lives difficult, if not impossible, and they are doing it under the guise of protecting women and girls.

I want you to understand that these same people do not have your best interests — or even the best interests of the "women and girls" they may mention — at heart. Many of them may even be members of anti-abortion and/or anti-LGBTQ organizations that are using trans people as a foot in the door toward laws that will aid their larger goals.

You will hear some awful things about us in an attempt to vilify us, ranging from the tired "bathroom predator" myth to misleading claims about puberty blockers and transgender people desisting from being trans. The goal is to raise so-called reasonable concerns that are disingenuous at best and outright falsehoods and propaganda at worst.

One big thing they will try to do is paint transgender and nonbinary people as some shadowy "other" to be fought against, in order to protect the people you may hold dear. They may claim that we're trying to turn people transgender for any number of reasons, or that we're using our trans nature as a grift or dodge, in order to inflict harm on others and get away with it.

Yes, it's not a coincidence that this sounds like arguments used against the rest of the LGBQ community, or against other races, religions, etc. Much of it comes from the same playbook.

Transgender and nonbinary people, however, are not the other that many want to paint us as. In fact, I would contend that our experiences are largely the same as our non-transgender family and friends in most respects.

First and foremost, we all share the same world. This should be obvious, but just like everyone else trans and nonbinary people have to deal with paying taxes on a yearly basis. We watch a lot of the same TV shows, listen to a lot of the same music, and otherwise engage in the same culture as everyone else. We just might cringe a bit more when a transphobic joke pops up.

Don't get me wrong. Yes, there are things that are certainly different. We have to face life for at least some time with people expecting us to participate in this world in a gender with which we simply do not identify. On one level or another, we may take steps to address this, whether that means changing our appearance, making legal changes to our name and gender, or even getting surgical interventions to feel more comfortable in our body.

Even with this, however, there are a lot of people who are transgender-identified who were placed in situations growing up that did not line up with their sense of self, such as those who may have been born into religious families that did not feel comfortable in same.

Likewise, it doesn't take being transgender for someone to opt to make changes to their appearance, to seek legal intervention to change all or part of their names, or undergoing cosmetic and other surgeries to lead a fuller life. We surely have more in common than not, even in this.

You have surely seen transgender people and our allies making statements like "trans women are women." This is what that means. Yes, we who identify as women may have a specific term applied to our womanhood, but we are, nevertheless, women. Our issues are, largely, the same as every woman.

The same applies to trans men being men, and nonbinary identities being valid. We're all humans on the same mud ball hurtling through the void of space. We're all just trying to make it through this thing called life.

There are some specific areas where I think we can argue we are very different, however. We do face a heightened level of suicide. We are murdered more often. Due to the way we tend to be treated in the world at large, we deal with higher levels of depression and minority stress-related issues.

Also, I suspect most of us are now trying to avoid each and every public restroom for fear that we might be attacked simply for having to urinate, all because so many have pushed falsehoods about scary bathroom predators.

This is the thing that is most frustrating about those who are trying to tear down transgender and nonbinary people. They want you to focus on the "otherness" of us. They want you to think of us as some client construct, divorced from our flesh and blood, and treated as some dark disease here to infect those you care about.

The reality, however, is much different. We simply want to be allowed to live our lives without fear and violence — just like everyone else.

Gwen Smith suspects being trans is about the fifth most interesting thing about her, at best. You'll find her at www.gwensmith.com