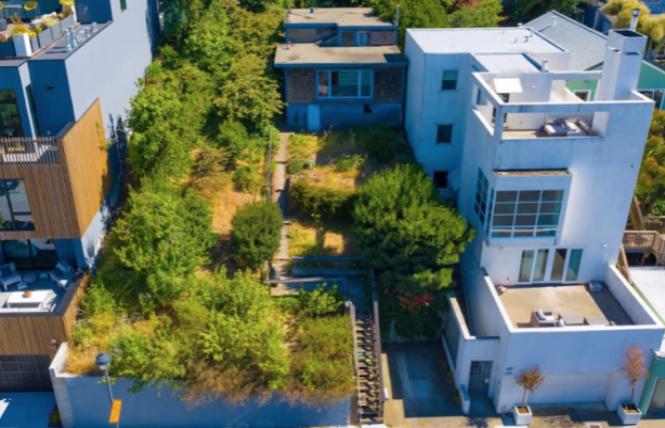 San Francisco officials are moving forward to landmark the home where the late lesbian pioneering couple Phyllis Lyon and Del Martin lived throughout most of their 54 years together.

The Board of Supervisors unanimously voted in support of starting the process at its meeting Tuesday, October 20. The city's historic preservation commission now has 90 days to take up the matter and send it back to the supervisors for a final vote on adding the property at 651 Duncan Street in the city's Noe Valley neighborhood to the list of local landmarks.

The 5,700 square foot lot includes two parcels. One was the site of the couple's two-story cottage, and the other is an undeveloped area the women had tended as a garden.

At its meeting Monday (October 19) the supervisors' land use and transportation committee had voted 3-0 in support of designating the property as a local historic site.

"If there is a deserving landmark, this is certainly it," said District 3 Supervisor Aaron Peskin, who chairs the panel.

Noting he had visited the women at their home, Peskin asked to be made a co-sponsor of the resolution, as did the other committee members, District 5 Supervisor Dean Preston and District 11 Supervisor Ahsha Safaí.

During last week's confirmation hearings for U.S. Supreme Court nominee jurist Amy Coney Barrett, judiciary committee member Senator Dianne Feinstein (D-California) prominently displayed a photo of Lyon and Martin exchanging their vows. It was meant as a visual reminder that LGBTQ rights, including marriage equality, could be rolled back by the nation's highest court should Barrett be seated as its sixth conservative justice.

"In my view, and I hope in yours, the site is of historic value to San Francisco and the LGBTQ rights movement across the world and it should be appropriately recognized and preserved," said Mandelman during Monday's hearing. "This is the beginning of the process but a critical step for the city to weigh in on what happens to the site in the future."